1.  I was told recently that I am a completely negative person.  My riposte: 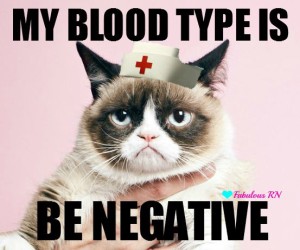 This post will indeed be completely negative/unpleasant.  Horrifically so.  If you don’t want to read negative things and the picture of the super-cute kitty cat made you chuckle, just stop here.

2.  First, there is scuttlebutt going around that, according to a lawsuit that has been filed in U.S. District Court in Northern Illinois, fully half of all futures trades in Chicago are illegal wash trades executed by the High Frequency Trading Algorithms.  A wash trade is when the buyer AND seller in a given transaction are the same entity.  Just SLIGHTLY illegal.  Lilbit.

I don’t know how for-real the people behind this lawsuit are, but I do know that the markets, both futures and stocks, have been total shams for quite some time now.  Every day my gratitude for being out of that mess increases exponentially.  I can’t say enough about the yeoman’s work done by the firm Nanex in exposing not just the fraud, but the LEVEL of fraud.  If in excess of 99% of all quoted bids and offers are completely fake, placed by the Algos never with the intention of being filled, but only to manipulate the market, then yeah, it is perfectly reasonable to assume that a massive percentage of the actual fills are likewise corrupt.  In fact, it would be naive NOT to assume so.  Be wise as serpents.  And yes, Terry Duffy is a psychopathic (does not experience shame or guilt) liar.  We know this for a metaphysical certitude from the MFGlobal mass theft and subsequent rape of the MFGlobal clientele, in which Duffy was enthusiastically complicit.  (MFG stolen customer funds – $1.6 billion.  CME Emergency firm collapse slush fund: $8.0+ billion.  Just sayin’.)

If you want more info, just go over to ZeroHedge.com and type NANEX into their search box.  Also, Karl Denninger has published an enormous body work on the blatant illegality and abject lawlessness of the HFT paradigm.  Just go over to Market-Ticker.org and search HFT.  Both NANEX and Denninger have recently stated that they are in the process of “winding down”, as they have fulfilled their moral obligations to society in warning about these things.  I know how they feel.

Oh, and for the record, I firmly believe that the only way to protect against these abuses, scams and the inevitable cancer that will develop from computer-driven markets is to NOT HAVE COMPUTERS EXECUTING TRADES.  If I were to take the Ring from Frodo (because I would only use the power of the Ring for *good*, you understand) and establish AllShallLoveMeAndDespair-Land, ruling terribly and treacherously (as one does), I would immediately establish open-outcry exchanges, and precisely because of the inherent brake provided by the sub-light speed of human execution those markets would have the most integrity and would be the global standard for price discovery.

But no.  I will diminish, and go into the west, and remain Crazypants….

Because, for the forty-eight blozillionth time Sugarbear, the Obama regime is explicitly allied with the musloid brotherhood and has had as a specific goal the facilitation of the reformation of the Caliphate.  And Mission. Freaking. Accomplished.

Trying to accurately parse objective reality from false premises (i.e. the Obama regime is not the sworn enemy of the United States, its Constitution and its people) is impossible.  Or, as John Wayne said, “Life is hard; it’s harder if you’re stupid.”

4.  I was recently reminded of this piece that I wrote for AmericanThinker.com years ago.  Islam is an evil political system.  There is no such thing as “islamic extremism” versus “moderate islam” any more than there was a “moderate Nazism”.  To understand this truism, one need only replace contemporary commentary or reportage on islam with the words “Nazism” and “Third Reich” to understand the abject imbecility of the entire notion of a “moderate” islam.  Nope.  The islamic political system, like Nazism, must be exterminated from the face of the earth – not merely contained, not merely subjugated.  Exterminated.

5.  This subsection will be about Michelle Obama’s parenting of her two young daughters, and thus, naturally, will contain a discussion of and citations of pornographic song lyrics.  You are warned.

So Michelle Obama took her two daughters, Malia, aged 16 and Sasha, aged 13, to a Beyonce Knowles-Carter concert the other night.  Michelle, being dumb as a brick (Have you read the Princeton thesis?) and so desperately insecure that she can barely maintain molecular cohesion, likes to pal around and be “friends” (insomuch as psychopaths [people who feel no shame or guilt] can really ever have friends) with Beyonce and her spouse, Jay-Z Carter.

Because if famous, rich people like me and come over to my house, then I must be teh awesome.  And if I hang out with physically attractive women (which Beyonce actually is when she isn’t dressed like a nickel whore, which is never), then I must be a physically attractive woman too!  And all that matters is that I’m popular, rich and that people tell me I’m pretty.  And I will burn this ***** down and everyone in it without batting a single one of my fake eyelashes in order to achieve this. Because ME. ME. ME.

Here are the “Blow” lyrics only.
Here is a YouTube video of the song with lyrics.

Next, here is “Yonce/Partition”, a hugely popular homage to oral sodomy in the back of a limo.

Here are the “Yonce/Partition” lyrics only.
Here is a YouTube video of the song with lyrics.

This woman has called Beyonce a “role model” for her daughters and for all young girls.  This woman TOOK. HER. CHILDREN. to see a concert of this utterly satanic filth.  She stood there with them and relished in it.  Sasha Obama is THIRTEEN years old.

And so today at Mass, I resolved that tomorrow, which is the Feast of St. Anne, the mother of the Blessed Virgin, and thus my “name day” and a special day for me, that I would receive Holy Communion and all of its attendant graces not for myself, but for Malia and Sasha Obama, because they have no real mother, only a demonic thing which is trying its damnedest to destroy their souls.  If you can, please join me in this, or at least remember these poor girls in your prayers.