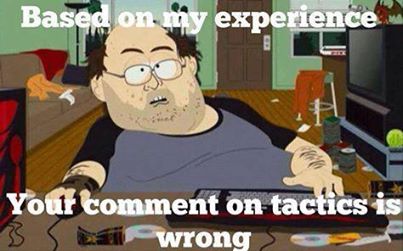 Back to my old job of STATING THE BLOODY OBVIOUS:  Barack Obama personally and the entire Obama regime is in an EXPLICIT ALLIANCE with the Muslim Brotherhood.  Obama personally is a product of the MB and has connections from his university days, Chicago and his putative Kenyan relatives – Malik Obama (putative half brother) is a high-ranking MB player in Africa. Further, Hillary Clinton’s right-hand-man and possible lesbian concubine Huma Abedin (Mrs. Anthony Weiner) is the daughter of two of the MB’s highest-ranking members.  The MB has massively, massively infiltrated the United States, the FEDGOV bureaucracy, the intelligence agencies, most particularly the FBI, and the Congress and Executive branches of the post-American regime.  Further, nothing will be said about the Christian genocide in Egypt (well over 80 Coptic churches and monasteries burned in the last three weeks) because these people in Washington are evil, evil people and HATE Christianity and the Church.  They WANT Christianity and Christians to be exterminated.  They relish in the death of the Copts in Egypt.  [And the slaughter of Christians in Syria, and the near-total elimination of Chaldean Christians in Iraq, and the non-response to the genocide of Christians in Nigeria, including the non-response to the kidnapping of the 230 Christian schoolgirls by Boko Haram on April 15th.] They relish in the genocide and are preparing to carry out the same thing in the former United States eventually, in an axis with Sodomites, musloids and militant Marxists – and many of the Sodomites and Marxists will SELF-IDENTIFY AS “CHRISTIANS”.  You mark my words.  This war is going to be so unlike anything ever before seen, because the lines of battle are going to be almost impossible to conventionally demarcate.  Every population center will be its own discrete theater, and the players, with the exception of gang-bangers, will be almost impossible to visually sort.  And yes, there will absolutely be white, middle-class suburban people among the enemy.  Been to the airport lately?  TSA much?

Which brings me to something I have wanted to talk about for a while.  We need to talk about “handles”, “aliases” and “noms de guerre”.  Guys, while that tactic may have been sound in previous wars, it is going to be a disaster in this war.  It needs to stop.  Let me explain.  Let’s say I go to some gathering somewhere of counter-revolutionaries.  A middle-aged white dude walks up to me and says, “Hi.  I’m ‘Disturbed Citizen’ from the Mid-South Shotgun Shooters blog.  We have corresponded via email.”  Now stop and think about this.  How can I possibly, possibly confirm that this guy, who I have indeed corresponded with via email, actually is who he says he is?  We all now know for a metaphysical certitude that all of our email has been logged and may have been read by FEDGOV.  We MUST assume that FEDGOV is every bit as knowledgable of our data and correspondences as we are.  How do I know that this man standing before me really is ‘Disturbed Citizen’?  There is no possible way for me to confirm this.  I don’t know what ‘Disturbed Citizen’s’ name is, so asking for an I.D. is pointless.  I don’t know what ‘Disturbed Citizen’ looks like, so visual confirmation is off the table.  And the enemy has FULL ACCESS to all correspondence between myself and the real ‘Disturbed Citizen’, and thus can quote and make references WITH FULL CONTEXT AND DETAIL.

Do you see this?  Given the tactical situation, the proper course is NOT for us to hide.  That ship sailed a LONG time ago.  The only thing that hiding behind aliases, handles and noms de guerre accomplishes is opening a HUGE door to the enemy such that they can infiltrate us with ease never-before-seen in the annals of war.  The proper tactic is to BE NOT AFRAID and come out from behind aliases and handles NOW.

Now, take me, for example.  If I were to roll into some event somewhere, people would know who I was by name and by sight, and if they did not know who I was, I could quickly and easily confirm my identity and bona fides.

I know it is a big step, but just read over what I have said and then THINK.  The tactical table has been inverted.  If you all try to fight this war as if it hasn’t, you will get your butt handed to you and you will deserve it.  Enough of this prevent defense.  The only way to win is to fix bayonets and charge, and in my considered opinion, step one should be establishing identity so that we at least have a chance at a modicum of OPSEC.  Counterintuitive?  Absolutely.  But the truth often is counterintuitive.