By request, this one was well-remembered and is now leaping back into people’s minds, despite its SEEMINGLY trivial subject matter.  Originally penned and posted on September 29, ARSH 2012.  John Kerry was in the last days of his tenure in the Senate, and as we all know is now the “Secretary of State” in the Putsch regime now ruling the Iniquitous Gutter Republic that y’all are paying taxes into.

John Kerry is back in the news as he has been going on the Pravda circuit talking about Obama’s debate preparation (or lack thereof), as Kerry was flagged to serve as Obama’s Mitt Romney stand-in for debate prep sessions. Like I talked and tweeted about earlier this week, Obama isn’t engaging in any such debate prep because he has either supplied the Pravda debate moderators with all of the questions (I originally said that Pravda had supplied Obama with the questions and a reader pointed out that I had it backwards – the Obama regime provided Pravda with the questions) OR Obama is going to claim that he is too busy and cancel the debates all together. So, poor John Kerry has nothing to do except go on Pravda and spew the regime’s agitprop. 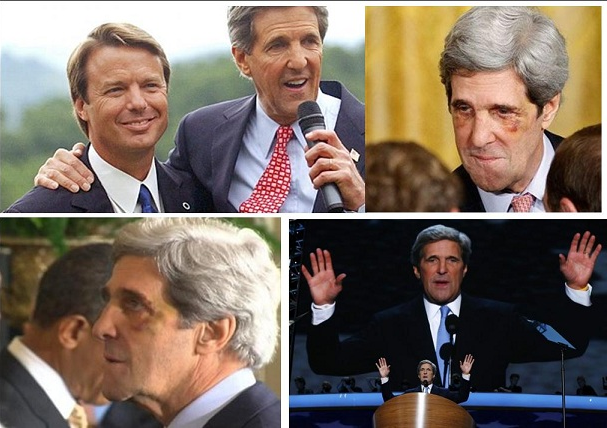 -Top-right is Kerry at the White House sporting his textbook post-surgery bruising.

Again, stop and think about this. This is a man who is so weak and emotionally needy that he will mutilate his own face and turn himself into a grotesque freak because he is convinced that by doing so he will be able to convince more 24 year old morally degenerated, slack-jawed, gold-digging beltway skanks to have meaningless sex with him – and this will make him feel BETTER about himself. 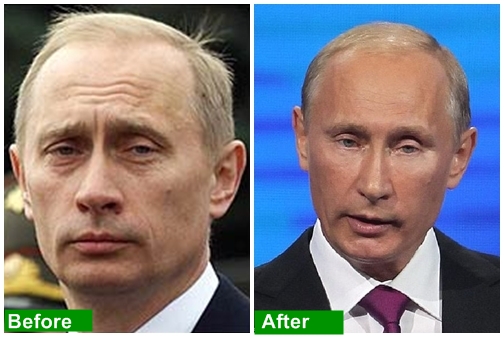