I want to make a mathematical point which I think is lost on most people, as most people struggle mightily with the concept of relative movements and relative mathematical relationships, because, you know, public schools.

Here is the basket that is used to calculate the Dollar Index:

The DX is 77.3% comprised of European currencies, with the Euro itself being the majority of the entire basket. Thus, if Europe collapses and we collapse, we will both be sucking together, but the relative mathematical relationship between the currencies might not change that much.

If The Captain jumps out of a plane and two seconds later Toni Tennille jumps out of the same plane, they will be plummeting toward the ground at the same speed with only the two-second lag between their respective jumps between them. But they will both be falling.

If our economies implode and hyper inflation kicks in, that same loaf of bread might cost $3000.00 and the loaf in Europe might cost 2200.00 Euros. That would be an exchange rate of 1.36 Dollars per Euro. That’s not much difference on a relative basis, huh? Does that mean that the Dollar has strengthened against the Euro and therefore everything is *teh awesome*? Of course not, but that is EXACTLY the line of bee-ess that the oligarchy and their stooges would get on TV and spew. 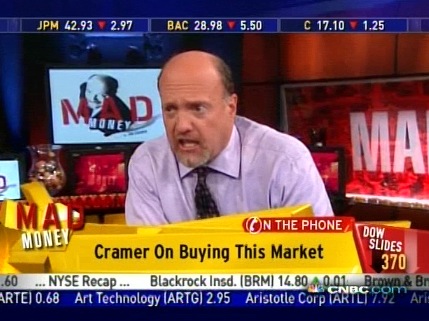 So how do we measure these fiat currencies as a whole? How do we cut the bee-ess and get down to the nitty-gritty? WHAT IS THE NITTY-GRITTY?

We know that all fiat currencies all over the world are getting their butts kicked collectively and that inflation is happening even though they are strengthening relative to the Dollar because, for example, the price of cattle (food) has pretty much doubled in the last five years, and farmground (where food comes from) prices have more than doubled. Quoting metals prices is more difficult because the metals markets are heavily manipulated.  I’m with Kyle Bass on metals – something seriously, seriously stinks in Denmark, baby.  The exchanges clearly don’t have the physical metal, and thus we are only ever one position limit-sized demand for delivery away from a full-on clusterbungle.

The whole thing is collapsing with the Dollar leading the way simply because it is historically weak relative to the basket. Yes, the Canadians are loving the relative relationship to the Dollar, but the entire system is still falling. And in my $3000 loaf of bread example, gold would probably be trading for something like $1,600,000 per ounce assuming a very simplistic linear relationship. That would tend to get people’s attention, don’t you think?

Now do you see why the oligarchy wants to delegitimize gold and denies that gold is even  money? Do you now see why food prices are excluded from the calculation of the Consumer Price Index (inflation)?  Real commodities shine the light of truth on our economic and inflationary situation. Real commodities, not some line of FEDGOV agitprop bee-ess as shamelessly spewed by the whores in the media, are the bottom-line metric.

If the oligarchy can get rid of or otherwise suppress or deny the measuring stick, they can convince The Captain and Toni Tennille that they aren’t falling, everything is fine, and no, you don’t need to deploy a parachute, because LOOK! You aren’t moving relative to each other, so therefore you must not be moving at all.