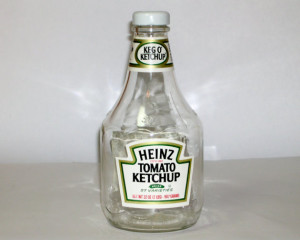 2.  The benefactor Mass (Tuesday) and the Corzine Mass (Wednesday) were both lovely.  I was struck during the Corzine Mass by a sense of hopefulness.  If there is hope for Jon Corzine, no matter how small, then there is hope for me, too.  And for all of us.  There is hope.  I am still weirded-out in the awestruck sense that Jon Corzine has had the Holy Sacrifice of the Mass offered for the salvation of his soul.  This illustrates perfectly the whole dynamic and distinction of Christ dying for “all” versus for “many”.  Christ’s death on the Cross REDEEMED all of humanity, but individuals are still free to accept or reject their own redemption.  If they accept it, they are saved.  If they reject Christ’s redemption, then they will be damned – but the redemption still occurred.  Redemption and salvation are two different things.  Salvation is dependent on the antecedent act of redemption, but is NOT a guaranteed corollary of it.  Christ died to redeem Jon Corzine, but Corzine is free to continue to reject Christ.  But, it is said that having the Holy Sacrifice offered for a person’s intention while they are yet alive is the most efficacious thing that can be done for the person’s soul.

“A single Mass offered for oneself during life may be worth more than a thousand celebrated for the same intention after death.”  St. Anselm, Doctor of the Church.

3.  I hate to tease information, but something truly wonderful has happened to me on the legal front.  The wheels of injustice are beginning to pick up speed.  I am awaiting the reception of scanned documents from Colorado, but let me just tease you with two words:  BENCH WARRANT.  And is isn’t to do with what you think.  It is way, way better.  So check back in regularly, and as soon as I have .jpg images of the documents, I’ll make a dedicated post on it.  Yay!

4.  The financial suicides?  Of course I have taken note.  I suspect that these are people who have probably been explicitly involved in and/or were consciously aware of the massive scam in the financial sector, were facing either total financial ruin, possible jail time, or a combination of the two, and thus cashed-in life insurance policies by jumping off of balconies.  Remember, these people have zero faith and for them, their entire lives are defined by material net worth and personal success.  Take all of their money away and their lofty corporate positions and there is nothing left for them.  They have nothing to live for, and their future appears as an infinite gaping maw of nothingness.  They would rather die than suffer the humiliation of losing their wealth, or of facing justice for their crimes.  They can not bear any level of shame – even when they deserve it.  Many of these people also engage in two behaviors that throw open the door to demonic influence and oppression:  drug use and fornication.  Oh, yes.  I expect that this is just the very, very beginning of an epidemic of suicide as Western Civilization in all of its modernist, post-Christian, materialist, atheist desolation utterly implodes.

5.  I wrote a piece all the way back in ARSH 2010 on secession dynamics and the criticality of maintaining the sovereign cohesion of the landmass of the former American Republic, citing specifically the risk of a Sino-Russian invasion.  I’ll not repost the whole thing here, but rather tease you with the last two paragraphs, and you can read the rest on the “The One About…” page.  This was written almost four years ago on June 23, ARSH 2010, some ten months before I even went viral, and some 15 months before MFGlobal and my shuttering of Barnhardt Capital Management.

“Given these obvious tactical realities, I hope that one and all now see that the TERRITORIAL BOUNDARIES OF THE FIRST AMERICAN REPUBLIC MUST BE PRESERVED. Integrated sovereignty MUST remain intact from “sea to shining sea”. Amicable divorce is NOT an option. We can not allow Marxism to establish any quarter, even in the spirit of “compromise” and the avoidance of possible hostilities, because that “compromise” and “avoidance” would be to sign our own death warrants, and the death warrant of Western Civilization. It would be far better to fight a civil war of territorial preservation than to fight a war against a conquering Sino‐Russian invasion.

How sick is it that I have to post this crap? I’m a 33 year old single woman (when this was written). I should be planning my next business move, or thinking about recreational travel. Instead, I’m standing here, mid‐morning on a Wednesday, writing essays on secession dynamics and military tactics for the North American theater. This is the living, breathing definition of FUBAR. God save us.”

I was, and still am, regarded as a “loon” for talking about things like this.  And I am often reminded in my email box that “just because the things you have been talking about are happening doesn’t mean that they are happening or that you are right.  You’re just a loon.”  Yes, dear.  Of course I am.  A drooling, delusional loon who just needs to get laid.  You betcha. 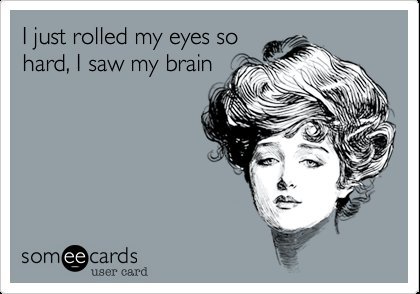 I bring this up because of today’s news over at ZeroHedge that Russia and China are likely preparing to drop a financial nuke on the U.S. within a matter of months if not weeks.  Remember the new Sino-Russian global reserve petrocurrency that people (including me) have been expecting?  Well, Putin tested the waters with Ukraine, was obviously tickled with the West’s total capitulation, has determined that the water is nice and warm, and away we go…

A fascinating point is made therein that China, of all people, should be distancing itself from “referendums” such as what was seen in Crimea because, you know, TIBET and TAIWAN.  What this indicates is that China sees this financial move as far more important than anything that might go on in Tibet or Taiwan, because let’s be frank, with no U.S. presence in geopolitics and zero threat of any U.S. military intervention (I don’t care whether you’re a total isolationist or not – I’m just stating objective situational reality here), The People’s Liberation Army could quash any freedom movements in Tibet or Taiwan without breaking a sweat.  They would just be “protecting the ethnic Chinese in those areas”.  The only former backstop was the threat of U.S. involvement, either in the financial arena or militarily.  Kids, that threat is now GONE.  All bets are off, and yes, the days of the petroDOLLAR are most assuredly NUMBERED.  When that happens, there will be, overnight, the almost total evaporation of demand for U.S. Treasury paper and a resulting sell-off of U.S. paper by outsiders, at which point two things will happen: 1.) the Fed will mash the throttle on printing, because it will be the only significant “buyer”, if you can even call it that, of U.S. paper, and 2.) the move to inject collateral into the system by seizing in whole or in part (as was done in Poland last year) the $20 TRILLION held in U.S. 401ks, IRAs and annuities by “converting” them to U.S. Treasury paper and establishing a mandatory “retirement account” withholding.  Because, you know, THAT’S never been done before.  (Call it something different and no one will know it’s Social Security Ponzi 2.0 ’cause they dum!)

In the article the amenable relations between the Sino-Russian axis and India are also referenced.

Oh, and for y’all gold bugs, yes, the two main buyers of gold over the past several years have been China and India; almost as if they were preparing to launch a currency backed by a tangible commodity that would be instantly regarded as a “flight to quality” in comparison to the massive, sucking debt hole that is the U.S. economy and government.  Russia brings petroleum, timber and agricultural production to the “real commodity” table.  But don’t worry – America has Miley Cyrus.  And Wal-Mart after Wal-Mart stocked with American-made sundries.  Oh… wait.  Nevermind.

6.  Finally, if you read the piece I wrote back in ARSH 2010 about the balkanization of the U.S. and watch the appended video of Larry Grathwohl, the mole who infiltrated the Weather Underground – the neo-Stalinist terrorist group led by Bill Ayers and Bernadine Dohrn, Obama’s ghostwriters, political mentors and intimates, you will hear Grathwohl, in this early-1980s interview, say the following:

“I brought up the subject of what’s going to happen after we take over the government. Uh, you know, we, WE become responsible then for administrating, you know, 250 million people.  And there was no answers.  No one had given any thought to economics.  How are you going to clothe and feed these people.  The only thing that I could get was that they expected that the Cubans and the North Vietnamese and the Chinese and the Russians would all want to occupy different portions of the United States….”

I was reminded in a conversation not too long ago that this is yet another point of eerie similarity between the French Revolution and the neo-Stalinist “Obama” revolution and overthrow of the former United States, in addition to all of the points which I covered in my video presentation of the Vendee Genocide.  The French Revolution was all about destruction for destruction’s sake.  There was no economic or real governmental plan for France after the Ancien Regime, believe it or not.  This is why a certain someone was able to rise to the level of absolute dictator after a revolution that was supposedly all about giving “power to the people”.

Napoleone di Buonaparte.  An absolute dictator and forerunner to the Antichrist.

The same thing is happening to the former United States now.  The constitutional republic has been overthrown and the one and only goal of the regime is economic destruction for destruction’s sake in order to loot the system and enable the coalescence of power in a mindless oligarchy, which will likely continue to be fronted by one, or a series of absolute dictator tyrants.  These people have no real plan or idea of how to actually run an economy or provide for 330 million people – because they don’t CARE about any of that.  All they care about is tearing the whole thing down so they can grab as much wealth as they can.  Just like the Jacobins in France.  God help us if someone with an actual brain in his head ascends openly to that position of public power – a la Napoleon. 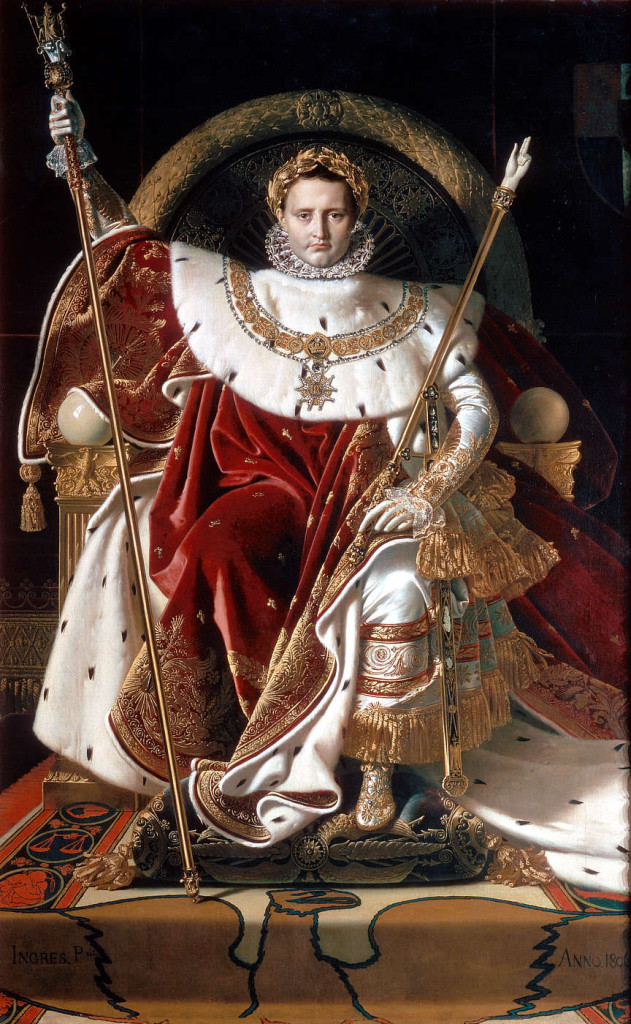