I was sent a link to a blog in the aftermath of the posts regarding the female-driven culture of divorce and annulments that is quite a treasure, and I think will be appreciated by many of you, especially all of the men who are going through what this blog’s author, “Dalrock”, refers to as “frivorce” (frivolous divorce).  And may I say, my stars, there certainly are a bunch of you “frivorced” men out there.  I was shocked at the volume of anecdotal email this relatively small internet outpost generated.  I knew my readership was skewed heavily toward to over-55 male demographic, but it was shocking, even to jaded me, how many of you are recently abandoned by your wives.  We all like to think that we have been able to “control” and “stand apart” from the culture that we have all been immersed in.  We all like to think that, “Yeah, I know the filth on teevee is hideous and evil, but it won’t affect me or my family…”  Well, I suspect many of you men now realize that your wives were, in fact, poisoned by that very culture.  The endless teevee shows, commercials and movies that played up feminism, sexual libertinism, and rank materialism were a slow poison to your marriages.  Yes, fifty years ago your post-menopausal wife would have never, ever left you to go “recapture her stolen youth” or “sow her wild oats” because IT NEVER WOULD HAVE OCCURRED TO HER.  And that is a good thing, make no mistake.

Anyway, the particular post on this blog that I want you to read is about feminist philosophy of being miserly with love entitled, “Feminists Are Ugly”.  It is completely spot-on.  Women today are taught that it is a virtue to utterly resent performing any acts of loving care, most especially for their husbands and children, to the point that women now relish in their willingness to murder their own children in the womb.  But the concept maps to not just married women and mothers, but to pretty much everyone, including men.  But understand that the genesis of it is squarely in the lap of the feminist milieu.  Who can argue that men are now culturally conditioned to avoid acts of simple loving kindness, and to actively resent “taking care” of anyone or anything except themselves?  Why do you think there is such eagerness to embrace the Welfare State?  Why do you think men are so content to let Pimp Daddy Government raise their children, and so devoid of masculine dignity so as to be perfectly content with a life of suckling at the government teat?  Was their right-ordered desire to provide for and protect women browbeaten out of them?  Yes.  But they LET it be browbeaten out of them.  There is guilt in the  capitulation.

Simply put, we now live in a world where almost no one derives any joy, pleasure or satisfaction from performing any act of self-sacrificial loving care for someone else, whether in the context of marital or romantic love, filial love (friendship), parental love, or even simple charity toward strangers on the street.  Any act that is not totally self-serving is not only drained of all pleasure, but now actively, openly resented, and those who still hold out and refuse to conform to this post-Christian, feminist worldview are treated with suspicion at best, and with contempt and hostility at worst.

I cannot emphasize too strongly the need for the remnant of God-fearing people, most especially those with children, to unplug from and utterly reject the contemporary media and western culture as much as possible, because this satanic poison is everywhere, and no, you and your awesomeness do not provide some magic force-field that blocks it from infecting your wives, children, and even yourself.

The sinners in Sion are afraid, trembling hath seized upon the hypocrites. Which of you can dwell with devouring fire? which of you shall dwell with everlasting burnings? He that walketh in justices, and speaketh truth, that casteth away avarice by oppression, and shaketh his hands from all bribes, that stoppeth his ears lest he hear blood, and shutteth his eyes that he may see no evil.

He shall dwell on high, the fortifications of rocks shall be his highness: bread is given him, his waters are sure. His eyes shall see the king in his beauty, they shall see the land far off.  Thy heart shall meditate fear: where is the learned? where is he that pondereth the words of the law? where is the teacher of little ones? The shameless people thou shalt not see, the people of profound speech: so that thou canst not understand the eloquence of his tongue, in whom there is no wisdom. 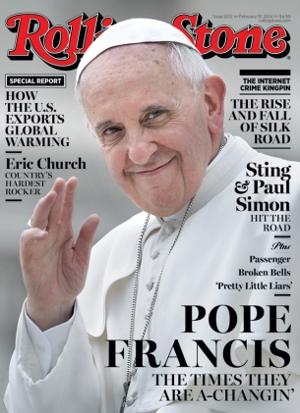