An interesting question came up in a conversation on Friday, specifically, when can we expect a full collapse and the proverbial manure to impact the rapidly spinning airfoils?  When do we “get ready”?

The answer to the “when do we get ready” question is: NOW.

The answer to the “when is it going to collapse” question is: WE DON’T KNOW.

I was instantly reminded of the parable of the wise and foolish virgins, which is the Gospel reading for the Mass of the feast of a Virgin Martyr, so if one goes to daily Mass in the Old Rite, one hears this Gospel quite frequently.  It is Matthew 25: 1-13:

Then shall the kingdom of heaven be like to ten virgins, who taking their lamps went out to meet the bridegroom and the bride. And five of them were foolish, and five wise. But the five foolish, having taken their lamps, did not take oil with them: But the wise took oil in their vessels with the lamps. And the bridegroom tarrying, they all slumbered and slept.

And at midnight there was a cry made: Behold the bridegroom cometh, go ye forth to meet him. Then all those virgins arose and trimmed their lamps. And the foolish said to the wise: Give us of your oil, for our lamps are gone out. The wise answered, saying: Lest perhaps there be not enough for us and for you, go ye rather to them that sell, and buy for yourselves.  Now whilst they went to buy, the bridegroom came: and they that were ready, went in with him to the marriage, and the door was shut.

But at last come also the other virgins, saying: Lord, Lord, open to us. But he answering said: Amen I say to you, I know you not. Watch ye therefore, because you know not the day nor the hour.

As with all of scripture, there are multiple layers, but there is absolutely a day-to-day-life message here.  People cannot predict the future with any degree of specificity.  Here on earth we live in linear time and are constrained by it.  We can remember the past, we exist in the present, and the future is unknown.  The only exception to this is, of course, the Holy Sacrifice of the Mass in which time is bent over the altar such that the once and for all Sacrifice of Calvary is made present to us, but even then we can not perceive this supernatural reality as it is kept hidden behind the Veil of Friendship so that we all don’t freak out and cease to be able to function – because that is exactly what would happen if we could actually see what is going on at Mass.  But I digress.

Verse 13 above makes it clear that the “calling” of exact dates of future events is profoundly sketchy business at best.  The point of the parable in this context is that the virgins DID NOT KNOW when the Bridegroom was going to arrive.  The wise virgins, however, in their humility, fully acknowledging that they did not know the exact time of the arrival made certain that they were prepared IN ADVANCE.  The foolish virgins thought that they could wait until the Bridegroom arrived and then either scramble to prepare at that point OR bum supplies off of the wise virgins.  And please note that the wise virgins told the foolish when asked for supplies, “Um, no.”

But there is another saying of Our Lord that dovetails with the parable of the Virgins.  It is Luke 12: 54-56:

And He said also to the multitudes: When you see a cloud rising from the west, presently you say: A shower is coming: and so it happeneth: And when ye see the south wind blow, you say: There will be heat: and it cometh to pass.  You hypocrites, you know how to discern the face of the heaven and of the earth: but how is it that you do not discern this time?

So, from this we know that it is, in fact, completely appropriate to observe, parse and analyze current events and thus discern the need, and even the urgent need, for preparation.  The Virgins knew that a wedding had occurred and that the Bridegroom would be along at some point as a logical corollary to the fact that there had been a wedding.  What is NOT appropriate is to say something like, “On the thirty-third day of March of 2014 the entire global financial system will implode,” any more than it would have been appropriate for Churchill to declare in the spring of ’35, “Herr Hitler will invade Poland on the fifteenth of June, 1936, thus beginning a second Great War.”  That would have been wrong, even though Hitler did eventually invade Poland on September 1, ARSH 1939, thus igniting World War II.

You have to be ready, prepared and positioned BEFORE the event, which your applied powers of simple observation and logical, reasoned thought clearly tell you is forthcoming, and then you wait, like the wise virgins.  If you think that you will be able to liquidate assets, convert your bank deposits to cash, metals and armaments, establish a redoubt and then travel there unmolested AFTER the manure hits the rapidly spinning airfoils, then you are, without question, a “foolish virgin”.  Don’t be a foolish virgin. 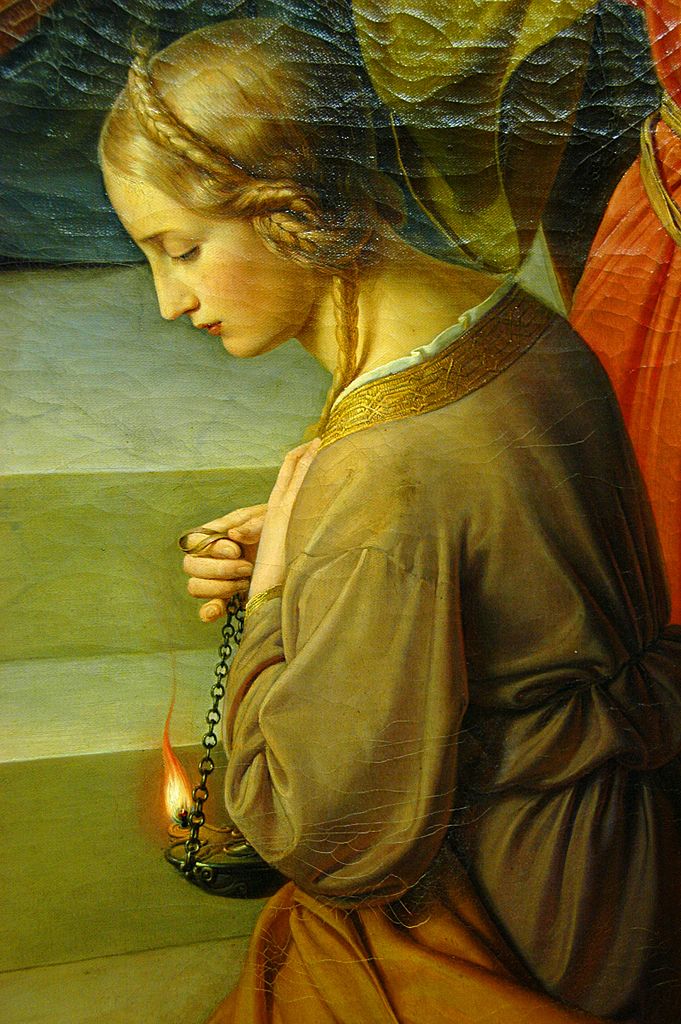