Taken about 90 seconds ago, my front door, with Epiphany Blessing. HOA fine: $50 per month. And there is NO WAY IN HECK I am removing it. NO. WAY.

Exit question: Could this be construed as a Jizya Tax, much less a blatant violation of the First Amendment’s Free Exercise clause? Discuss. 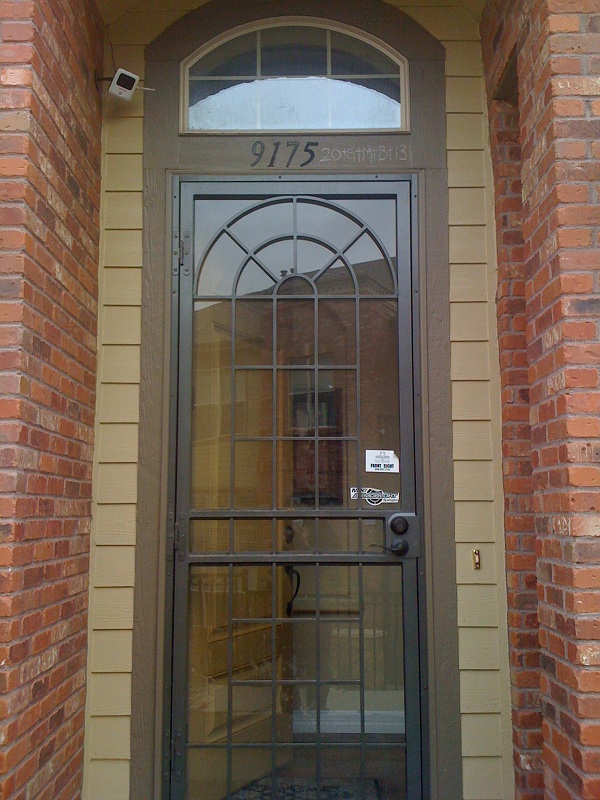 Michael Voris has hit the nail on the head and has come up with a question of extreme simplicity that will allow anyone to instantly discern the orthodoxy of any clergy, religious or layperson. The question is:

“Do you desire that everyone in the world be Catholic? Yes or no.”

If the answer you get is anything other than an instantaneous, emphatic, and unqualified YES, then there is a massive, massive problem and all future dealings with that person should be addressed and parsed with the full knowledge that the person is NOT properly catechized at best, or a heretic or apostate at worst.

No matter who it is.

I would encourage one and all to start asking this question. Frequently.

I’ll be brief as it feels very crass to even discuss this after today’s events, but the auction of Wooden Spoon A concluded at $610.00 and payment has already been made.

I am humbled at the generosity and munificence of all of the bidders.

I’ll not put up any auction items tomorrow, again out of a sense respect for the dead, the maimed, and their families, but will add more items later this week.

As you go to bed tonight, think about what plans, dreams and expectations you have, and then imagine those same plans if you suddenly no longer had legs.

That happened to people today.

We are a nation under Judgment. May God have mercy on us, even though we in no way deserve it.

I’ll post it here because you’ll never see this on the “news”.

While you are paying taxes to a “government” that is disarming you and confiscating your wealth as we speak, that same government has just lifted almost all restrictions on Saudis entering the U.S.

This entry was posted in Uncategorized on April 15, ARSH 2013 by Ann Barnhardt.

Next, people are asking why I’m not saying much about Cyprus and all of that.

Um, because I already did. Back in November of 2012. I made a 2.5 hour economics presentation that “called” and explained exactly what has and is happening in Cyprus, Europe, and eventually here. And, big props to Karl Denninger and Warren Pollock who were all over these ideas before I was. Warren, in particular, was warning of bank holidays and “bail-ins” two years ago.

Part 3 beginning at the 6:00 mark is where I discuss the sweeping confiscations of bank deposits.

I explain repos and CDS in the context of MF Global, but you can just substitute “Cyprus” for MF Global and it is the exact same thing. Cyprus was basically forced by the Troika (European Commission, European Central Bank, International Monetary Fund) to lever up on Greek junk bonds. The Troika, through various “regulatory” arms were “fake auditing” the Cypriot banks (just as MF Global was being “fake audited” by the Commodity Futures Trading Commission and the Chicago Mercantile exchange) and were valuing the worthless Greek bonds as having essentially full, “par” value. Then, when the Troika wanted to collapse the Cypriot banking industry and begin the process of seizing customer deposits, they did an about face and declared that the Greek paper that the Cypriot banks were holding – at the urging of and enabled by the Troika all along, remember – was worthless. Acknowledging this reality and marking the Cypriot banks’ balance sheets to REALITY is what instantly collapsed the Cypriot banks. So, just making sure you understand, the Troika forced and enabled the Cypriot banks to load up on junk, and then when the Troika olgarchs, led by Obama Chicago crony Christine Legarde, wanted Cyprus dead and the accounts swept, they just dropped the sword of damocles. And, of course, we now know that the Russians and the Continental “elites” were given weeks of warning, and slithered out of the Cypriot banks, mostly via London. It’s basically the mom-and-pop accounts that lost their funds in Cyprus – again, just like MF Global.

Guys, exactly the same condition exists in the U.S. banking system. If the U.S. banks were suddenly forced to mark their mortgages and credit cards to REALITY, and not full par, peak-of-the-bubble values, the entire U.S. banking system would instantly implode. And that doesn’t even take into consideration the hundreds of TRILLIONS of dollars in derivatives on European junk bonds that all of the U.S. banks are holding, too. I lay all of that out in lurid, lurid detail.

This was recorded on November 2, 2012 in Colorado Springs, and is available on DVD This entry was posted in Uncategorized on April 14, ARSH 2013 by Ann Barnhardt.

1. One sure way to know that you’re on the right track is when the demons start attacking. For me, this is manifested mostly in my email box, which is a quite mild vector as those things go. But, you can always tell when the demoniacs are out and about. Today’s example was extremely easy to spot, what with all of the satanic jargon and slogans, and the truly uncreative use of the “c” word. Before deleting it though, my eye happened to fall upon one line near the top that went something like this:

What an absolutely SPLENDID idea. Thank you.

I am happy to announce that the whole “estate liquidation” endeavor has now been consecrated to the Infant Jesus of Prague. Yay!

Long story short, Our Lord has seen fit to manifest Himself in ways particularly attached to a statue of Himself as an infant which resides in Prague. He wants us to love Him in every possible way, including as an infant. Why? Because babies are totally helpless and that helplessness reminds us of and points us to the Eucharist, wherein Our Lord is likewise totally helpless as He comes to us under the appearance of bread and wine. A Host, like the Baby Jesus (because a Host IS the Baby Jesus, remember), must be handled with exceeding tenderness and care, and can be dropped or otherwise mishandled at any time. And yet, despite this, God Almighty, for Whom all of creation is like less than a drop in the ocean to us, became incarnate and was a Baby, and comes to us on the altar, totally helpless and physically dependent in the Eucharist every day.

So, there’s that, and then there’s also the snuggling part. Baby Jesus just loves to snuggle. When we receive Him in the Eucharist, we are truly snuggling with God, as He settles right under our hearts and stays there for fifteen minutes or so. Show me a person who receives Holy Communion and the runs out the door and I’ll show you someone who hasn’t a CLUE what is going on, and probably has never heard word one about the Real Presence.

I have said this before and I’ll say it again. Satan and his minions are IMPOTENT. They can also be surprisingly obtuse, especially considering their angelic nature. 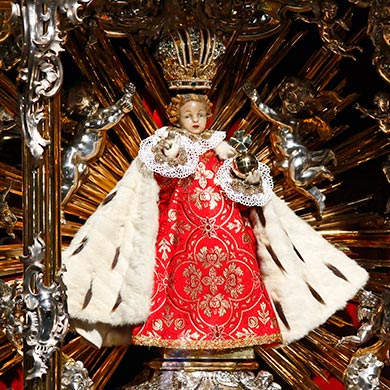 2. Which thus segues into the update on This entry was posted in Uncategorized on April 13, ARSH 2013 by Ann Barnhardt.

Okay, I don’t think anyone really “got” what I was getting at with my whole Ebay estate sale idea, but we’ll give this a shot. Item number one has been listed. It is a wooden spoon, direct from my kitchen drawer. If this goes well, then dude, I have a whole drawer-full of wooden spoons. I don’t want to get anyone overly excited here, but I will just say that I have a wooden SPORK, too. If the spoons sell well, then we can move into the whisks, the spatulas, and even into the tongs if things get really lively.

This auction is three days long, ending on April 15th at 1919:58 PDT and will determine if I bother to list any more items or not. Like I said, we’ll just see how this goes. Thank you in advance for your kind consideration.

This entry was posted in Uncategorized on April 12, ARSH 2013 by Ann Barnhardt.

1. Another internet access outage coupled with glorying in Holy Week and now the Octave of Easter has kept me away. Here is my Easter gift to one and all, Bortniansky’s Cherubic Hymn Number Seven. It is in Slavonic (the language of the Eastern Church), but this YouTube has the English translation subtitles. Be careful. You may just put this on perpetual repeat loop and lie on the sofa in a beauty-induced, tear-streaked coma for the next several hours.

2. My Psalm 68 citation is correct. Protestant Bibles *and some modern Catholic Bibles that are trying to be protestant) mis-number the Psalms. The Church, both in the West and the East, uses the Septuagint-Vulgate numbering. It is Psalm 68.

3. Regarding the Spectral Doughnut, a clever reader suggested that I point out that the conceptual image would be better if I pointed out that in life the Spectral Doughnut is not sitting flat, as a doughnut on a table, but rather is standing vertically on end. Thus when we move toward Truth, we are traversing UP, ascending to the top of the doughnut, and when we move away from God, either by the “right” surface or the “left” surface, we are moving DOWN, converging at the lowest point, which is hell. Excellent.

4. I have peacefully decided to let my office/home property go, and my eviction date is set in a little over a month. I could have contested the whole thing as the chain of custody of the mortgage is textbook fraud, but I want to move on and be rid of all property, and guys, I gotta tell you, since making the final decision I feel FANTASTIC. The fruit of the Third Joyful Mystery (the birth of Our Lord) is poverty, and it is indeed a joyful, joyful fruit.

I cannot bring myself to solicit funds, but I have had an idea. I obviously need to get rid of a lot of stuff. Most of my remaining property I will donate and/or give away, but I could put some small, random, easily shippable items on Ebay. I’m thinking small kitchen wares and stuff like that. Ebay is an auction, and thus I would have no control over the sale prices. The “market” would determine that. I’m still agonizing over this, but if you think that an “estate sale” is either a good or terrible idea, I would be interested to hear.