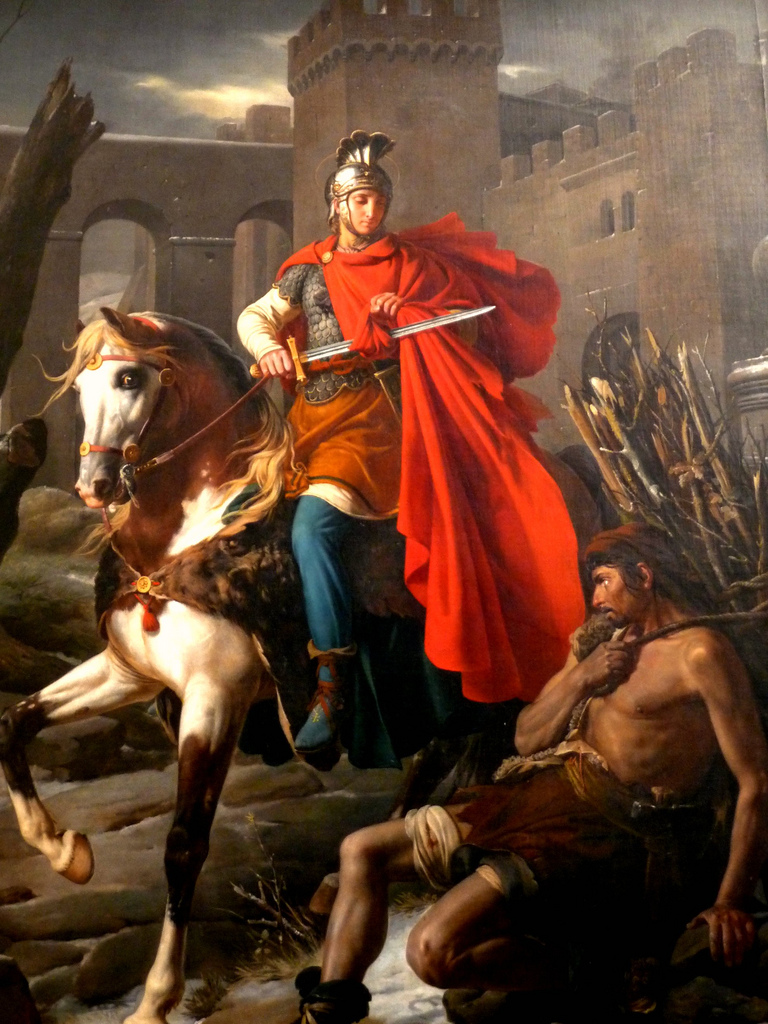 Meet St. Martin of Tours. He was a fourth century Roman soldier, and like many, many Roman soldiers was also a convert to Christianity. While he was yet being instructed in the Faith and before his baptism, Martin encountered a homeless man begging in the cold. The beggar was barely clothed in just a few rags. Martin, moved with compassion and pity for the man drew his sword, also known as an ASSAULT WEAPON, and cut his own cape in half, and gave half to the freezing beggar.

**I know this story seems completely unbelievable because everyone knows that people who carry and wield ASSAULT WEAPONS are incapable of anything like COMPASSION or CHARITY, but you’ll just have to suspend your disbelief on this one.**

That night, Martin had a dream in which he saw Our Lord wearing the half of his cloak that he had shared with the beggar. In his dream, Our Lord said to the angels, “Here is Martin, the Roman soldier who is not baptized; he has clad Me.”

Martin was received into the Church and went on to be a manful bishop who fought the heresy of Arianism.

St. Martin’s cloak was kept as a relic and was carried into battle by the French Army. The French would set up a special tent on field of battle to house St. Martin’s cloak. The word for cloak in Latin is “cappa”. The priests who took care of the cloak were thus referred to as the “cappellani”. Eventually, all priests charged with the care of soldiers were called “cappellani”. The Latin word “cappellani” became “chapelains” in French, which eventually became “chaplains” in English.

How ’bout them apples?