At Mass this past Wednesday I was struck by the Collect. One would think that after so many years that there would be no more “surprises” in the Missal, but there are – CONSTANTLY. Wednesday was the Feast of the Dedication of the Basilica of the Most Holy Savior at the Lateran – for those who know Rome, “The Lateran”, which is actually the Pope’s titular church – not St. Peter’s, as it turns out. Let us pray that Pope Benedict will somehow, some way be able to visit his church in Rome again before he dies. This would require a miracle at this point, but hey, miracles are real and they happen. Pray for a miracle.

Anyhow, the Collect of the Mass of the Dedication of the Lateran is:

O God, Who for us bring each year the recurrence of the consecration day of this Your holy temple, and always bring us back safely to the sacred rites, hear the prayers of Your people and grant that whoever enters this temple to pray for blessings, may rejoice in having obtained whatever he sought.

And always bring us back safely to the sacred rites…

Take it to the bank, folks.

Antipope Bergoglio has as much authority in the Holy Catholic Church as Kim Kardashian. His entire power structure is built on LIES and DECEPTION, as one would totally expect given his Luciferian/Freemasonic provenance and the fact that he is likely The False Prophet Forerunner of the Antichrist. Since he has no REAL authority, since he is a criminal usurper and a fraud, all he can do (and remember the mastermind driver/puppetmaster here is ultimately satan) is TRICK people into HARMING THEMSELVES. Think about it. How many Traditional Latin Masses have been voluntarily shut down based solely on the lie that Antipope Bergoglio issued some document directing this? There is no “Francis”. There is no “Traditionis Custodes”. These things are total nullities. But the world has been tricked, fooled, deceived into thinking that these things are actual entities with actual authority and actual force.

Everything is deception. There was a chest cold virus with a 99.96% case survival rate that was deceptively foisted upon the world as the most dire plague in centuries, and the deceived throngs THEN lined up to receive a “vaccine” that WASN’T A VACCINE, BUT RATHER A POISONOUS STERILANT. Over five billion people were TRICKED into poisoning and/or sterilizing themselves – but they did it to themselves. They walked in and rolled up their sleeve. They CHOSE to do it, whether coerced or not. 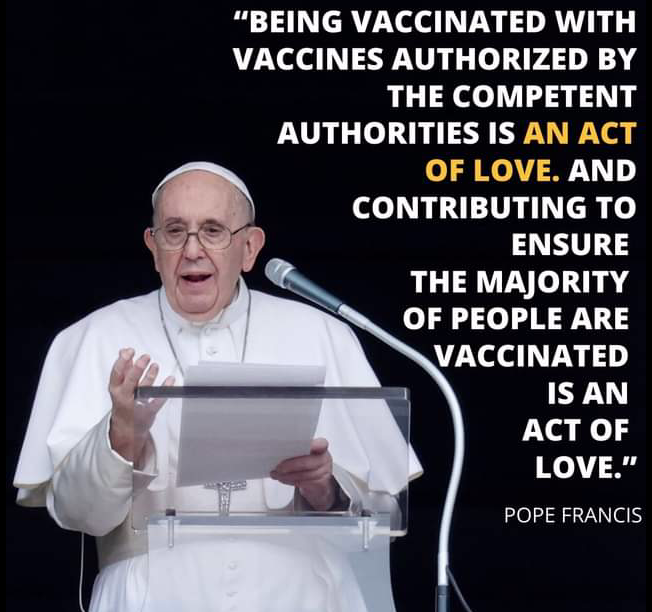 Lying, murderous filth, trying to trick people into harming themselves.

It’s the same dynamic with the Antipapacy and the Antichurch that is occupying the Vatican – if you are deceived by it, then you will make all manner of horrific and even demi-suicidal decisions – but the actions will be yours. I recently heard a talk by a very prominent Trad, and intransigent “Fwanciss is Pope” partisan, in which he said, quite vigorously, “We all need to get used to the idea of being in schism.” Now, how could you POSSIBLY get faithful Trad Catholics so tied into knots that they are OPENLY ADVOCATING AND ENCOURAGING MORTAL SIN – which is what Schism is. The ONLY way is through deception. Get them to not only accept a false base premise, but cling to the false base premise with greater “fidelity” than they do the admonition against the sin of Schism. Trick them into thinking that the likely False Prophet Forerunner of the Antichrist and Antipope is actually the Vicar of Christ on Earth… and then all bets are off. Mortal Sin (schism) becomes attractive and even painted as heroic and virtuous. And the deception is so thorough that it doesn’t even occur to them to say, “Hey, I just stood up on a dais and advocated for the mortal sin of schism. Maybe I should pump my brakes and make DARN SURE that I have the identity of the Vicar of Christ right, because this seems… WRONG.”

Anyone who leaves the Church, goes off into schism, apostatizes, CHOOSES to do so. And we are now so late in the game that scads of well-intentioned people are so tied in knots by the DECEPTION of the Bergoglian Antipapacy that they have been TRICKED into leaving, or becoming haters of the Papacy in se – de facto Lutheranism/Eastern Orthodoxy. Schism is schism, no matter how much we comfort ourselves with beautiful liturgy. Heck, the KGB (Russian Orthodox) have absolutely gorgeous liturgy to this day, and High Anglican liturgy was superficially beautiful – while totally null – until the mid-20th century. No, here in the likely run-up to the Big Show, satan is going after the Remnant, trying to trick them into choosing schism by installing an Antipope and thus sending the logical truth table of “schism” into a complete tailspin of chaos and erroneous conclusions.

It is so deeply, deeply strange that these people say that it is “schismatic” to question whether Bergoglio is the Pope (which he OBVIOUSLY is not) while literally in the next breath enjoining the Remnant faithful to “get used to the idea of being in schism” from Bergoglio – whose authority you may not question because that would be schismatic, but we have to be in schism from him, but you can’t so much as whisper the OBVIOUS question, “Did Pope Benedict legally resign?” because that would be schismatic, but we have to schism ourselves from ‘Pope Fwanciss’ who is definitely the Pope… and the wheels of the irrationality bus go ’round and ’round.

The Mass in the August and Venerable Rite of Pius V has NOT been banned, nor could it be. This is DECEPTION. There is no document in the Magisterium of the Church saying that it has been, nor could there ever be. The last paragraph of Quo Primum makes that crystal clear.

Believe the Gospel. Believe Our Lord’s promises – every single one. And believe the words of the Collect of the Feast of the Dedication of the Lateran Basilica:

O God, Who for us bring each year the recurrence of the consecration day of this Your holy temple, and always bring us back safely to the sacred rites…

Pray for Pope Benedict, the Papacy, and Holy Mother Church, in terrifyingly visible eclipse, outside of which there is no salvation. 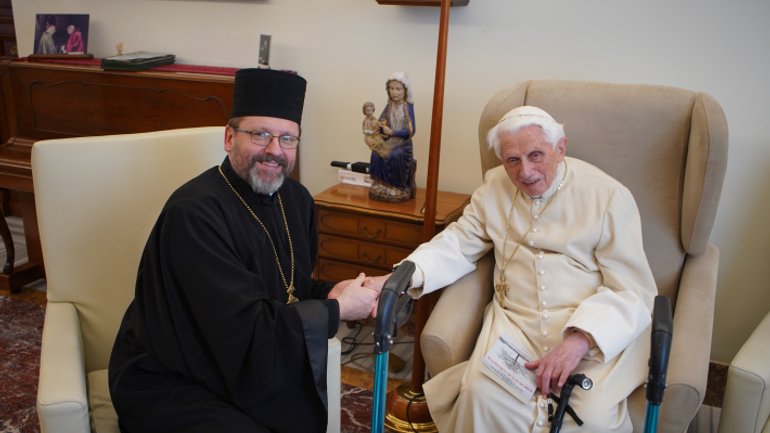 Remember: If Pope Benedict in February ARSH 2013 intended to retain even the slightest nanoparticle of the Papacy, then his resignation was invalid. It is beyond obvious that he clearly did intend to retain a part and participation in the Papacy – ergo his resignation was invalid by the law itself, namely the Substantial Error clause of Canon 188.