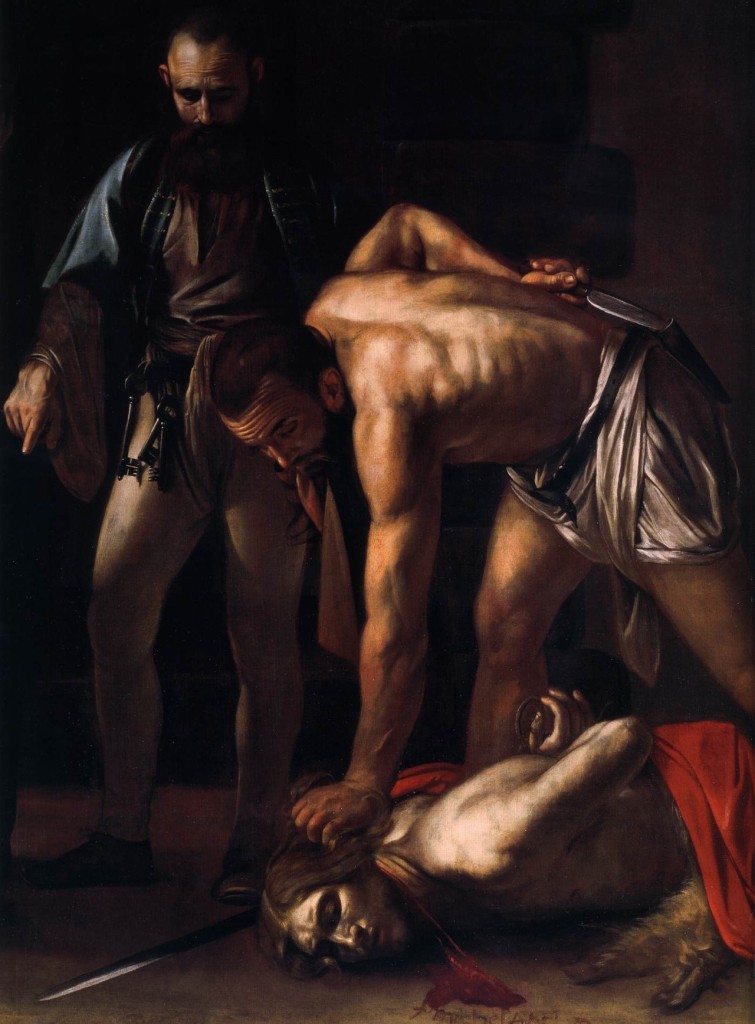 John the Baptist, rather than peddle the stone-cold satanic lie that there is something between yes and no, some middle ground between true and false, some compromise between sin and not sin, a limbo between life and death, went face-down in the dirt, hands bound behind his back, as his executioner drove his knee into the small of his back, grabbed him by his hair, pulled his head back, slit his throat, first windpipe, then the jugular vein and carotid artery, and proceeded to saw his head off.

The Freemasons, Sodomites and satanists infesting and attempting to destroy the Church today would condemn John the Baptist as “unmerciful” and “afraid of change”, or of being a “traditionalist ideologue” because he refused to declare that perhaps, in certain circumstances, 2+2 doesn’t ALWAYS equal 4, because to do that, in even the smallest way, denies nothing less than REALITY ITSELF, and John knew that his Cousin was nothing and no one less than REALITY, TRUTH and LOVE Incarnate Himself.

If you come off of 4 IN ANY WAY, you have denied TRUTH, which is to say that you have denied the very existence of God.  And if you do this, if you peddle these lies in the pursuit of worldly power and glory, then the only way “mercy” figures into the discussion is the infinite mercy of God toward the remorseful, contrite, repentant, shriven sinner, because Chabón, you’re gonna need it.

St. John the Baptist, Beheaded, pray for us.