Nicolás Gómez Dávila was a Colombian man who casually wrote down his thoughts, which were later discovered and published by admirers.  His Wiki article begins thusly:

Nicolás Gómez Dávila (18 May 1913 – 17 May 1994) was a Colombian writer and thinker who is considered one of the most intransigent political theoreticians of the twentieth century. His fame began to spread only in the last few years before his death, particularly by way of German translations of his works. Gómez Dávila was one of the most radical critics of modernity whose work consists almost entirely of aphorisms which he called “escolios” (that is, “glosses” or “annotations”).

Other sources describe him as a Radical Traditionalist.  Sigh.  A man after our own hearts, I daresay.

For the edification of all, a few quotes:

The criterion of “progress” between two cultures or two eras consists of a greater capacity to kill.

The word “modern” no longer has an automatic prestige except among fools.

One of my personal favorites…:

Clarity of text is the sole incontrovertible sign of the maturity of an idea.

From strength to strength…

The left claims that the guilty party in a conflict is not the one who covets another’s goods but the one who defends his own.

Hierarchies are celestial. In hell all are equal.

Modern man is a prisoner who thinks he is free because he refrains from touching the walls of his dungeon.

The modern world demands that we approve what it should not even dare ask us to tolerate. 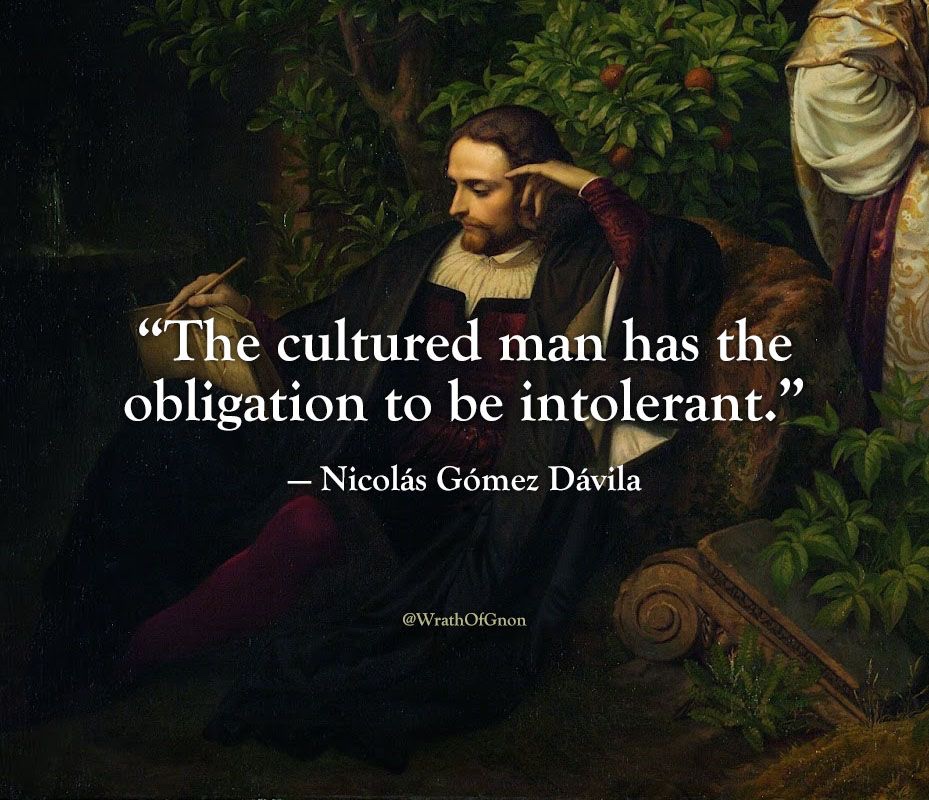