Guess which one is Catholic. 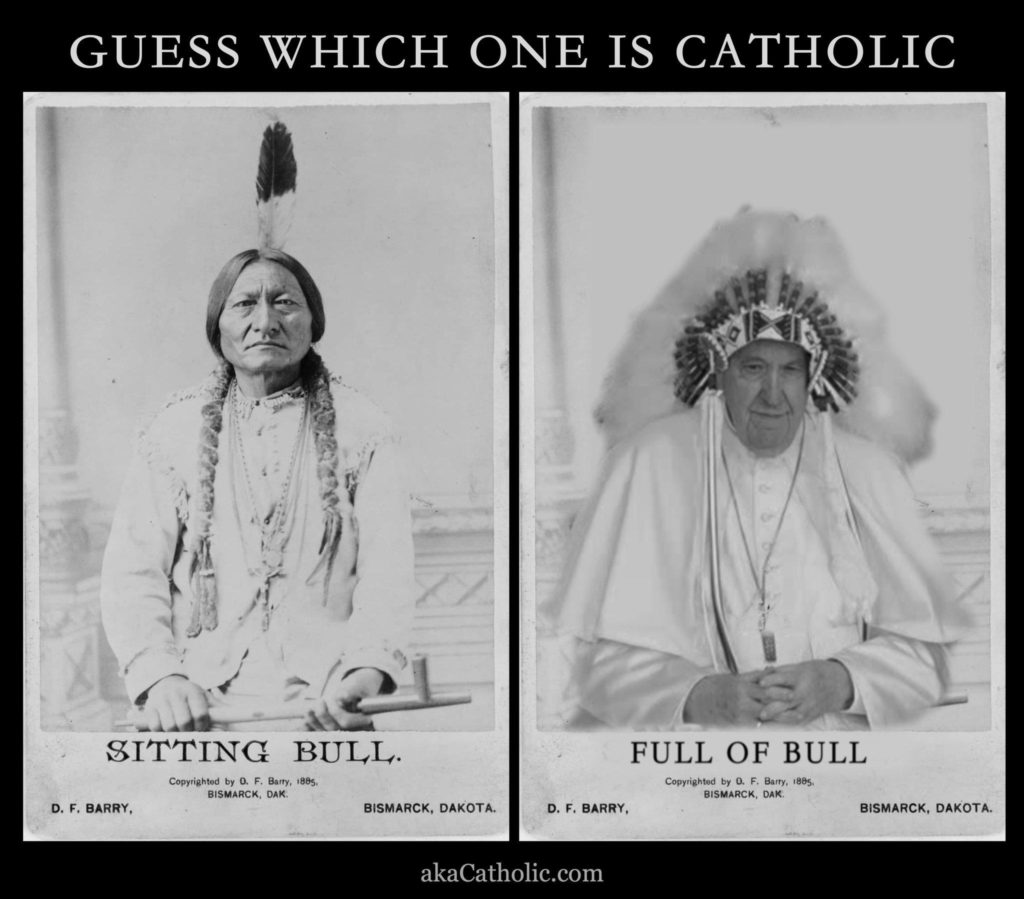 In ARSH 1883, the New York Times reported that Sitting Bull was baptized into the Catholic Church.