If there’s one thing I’ve learned in my nearly 46 years now, it is that when something “bad” happens, God is working EVERYTHING towards the good. Sometimes it is immediately perceptible, sometimes it takes years to see it. But He truly is The Good Shepherd, and if the pasture that you have grazed for years is about to be destroyed, Jesus The Good Shepherd will open a gate and call you out. Follow His voice, no matter how frightening and difficult leaving your accustomed pasture might seem in the moment.

Chicago is beyond hope. The only way the “Chicago problem” can now be fixed is with massive, prolonged military operations. Merely getting rid of that dyke psychopath “mayor” will do exactly nothing to fix the problem of the South and Near West sides as they exist CULTURALLY. The culture is cancerous, and the cancer has already spread, and will continue to spread. Only large-scale military action can stop it – in short, WAR. Call it civil war, call it counter-revolution, whatever. Only force of arms, and thousands of Caterpillars razing large swaths of the occupied areas can even begin to fix Chicago in an earthly sense.

Any leadership in the former US is clearly incapable of doing this.

I strongly suspect that it will be the Chinese that ultimately do it. And you won’t want to be anywhere near it when it happens. Study this map of the wide-open route between Beijing and Chicago until you understand: 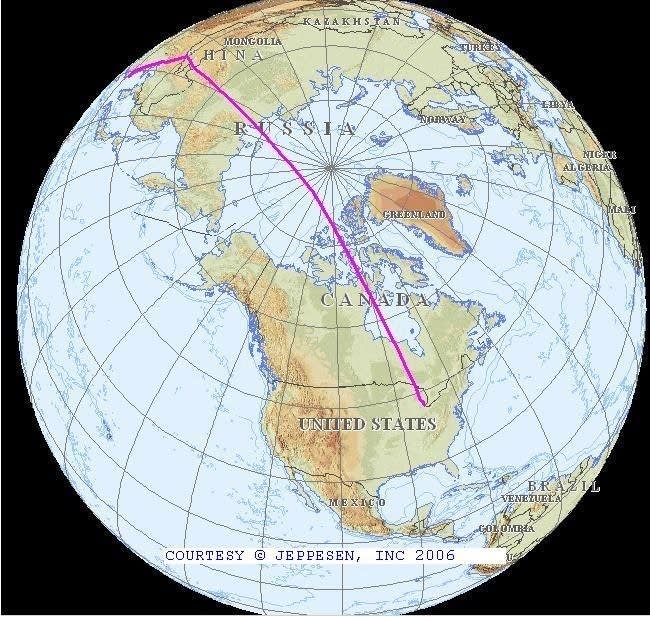 Take this satanic suppression of the Holy Sacrifice of the Mass as a sign to GET OUT NOW.

Get out now while interstate translocation is permitted.

Get out now while any movement at all is permitted.

Get out now while money can be moved.

Get out now while real estate can be sold.

Get out now while gas and diesel can still be freely purchased, no matter the price.

Flee. If there is no Mass, there is no more reason to stay. Take this as a loving sign from Our Lord to leave now, shake the dust from your sandals, and seek safer shelter where you may worship Him as He should be, and desires to be worshipped.

“…Go out from her, My people; that you be not partakers of her sins, and that you receive not of her plagues.”