(A repost from last year. This can never be repeated enough. It is precisely the absolute authority and universal jurisdiction of the Papacy that we need, in FULL manifestation and exercise. In short, we need a saintly “Pope Pitbull I.” -AB ‘22)

All of the “Fwanciss is deffinetwee Pope, shut up, Stoopid!” talking head contingent are pounding daily the lie that the dogmatic definition of Papal Infallibility was clearly a huge mistake and that, essentially, the Papacy itself is a giant albatross that MUST be reduced to a meaningless figurehead position and nothing more.  Further, these poor, poor people now argue that to believe in the words of Jesus Christ in the Gospel:

And I say to thee: That thou art Peter; and upon this rock I will build My Church, and the gates of hell shall not prevail against it. [19] And I will give to thee the keys of the kingdom of heaven. And whatsoever thou shalt bind upon earth, it shall be bound also in heaven: and whatsoever thou shalt loose upon earth, it shall be loosed also in heaven.

…to believe these words is to commit the mortal sin of IDOLATRY, which they oh-so-cleverly call “papolatry”.  Further, I have seen these Trad Inc grifters and hangers-on declare that the GOSPELS THEMSELVES ARE UNRELIABLE AND THAT THE PETRINE PROMISE RECORDED IN MATTHEW 16 WAS LIKELY A FABRICATION INSERTED BY POWER-HUNGRY MEN – aka St. Peter and St. Matthew working in cahoots, specifically – IN ORDER TO ASSIGN AUTHORITY AND EARTHLY POWER AND JURISDICTION TO PETER AND HIS “SUCCESSORS” WHICH OUR LORD NEVER CONFERRED NOR INTENDED.

Um.  Isn’t this lie EXACTLY what the schismatic Orthodox, Lutherans, Anglicans and Freemasons have been trying to convince the world of all along?

Isn’t it ODD that NOT ONE of these Trad Inc. “thought leaders” EVER countenanced this thought BEFORE they decided to define their entire Christian identity by militantly embracing an Antipope? Isn’t it strange that these people have literally turned themselves completely inside out trying to avoid admitting that maybe – just maybe – they have been wrong about the identity of the Vicar of Christ, which has now become what can only be described as a blind rage of pride which prevents them from ever, ever, ever, even unto eternal damnation, admitting that maybe, perhaps Barnhardt (and others) have seen and understood something clearly visible and obvious that they, with their UNIVERSITY DEGREES (please, be kind, don’t laugh TOO hard, they actually think university degrees in theology mean something today, and most of them have massive outstanding student loans that they can never repay incentivizing this delusion) have not only missed, but have been beaten over the head with it for going on nine years now? Odd indeed.

God, being omniscient, knew everything that satan and his mercenary body on earth, the Freemasons, were going to attempt to do.  God knew that the luciferian plan was to attack and destroy The Church from WITHIN – because attacking from the outside was clearly a non-starter strategy.  The luciferian plot, the entire purpose of the founding of Freemasonry in ARSH 1717, was to usurp the Papacy and install an Antipope who would completely dismantle and destroy The Church Militant FROM WITHIN – FROM THE VATICAN ITSELF, and replace The True Church with a satanic Antichurch without most people even noticing the switch.  In fact, most people would be in favor of what they saw, because the Antichurch would abolish the notion of sin and hell, and ratify every depravity, and make MAN the center and object of worship.

So. God, knowing this and loving infinitely His Bride, The Church, moved and worked through an infallible Ecumenical Council to provide a 100% rock-solid means of positively identifying the Freemason’s Antipope when the True Pope was usurped and the luciferian imposter was installed. If a man who claims to be the Pope starts spewing lies against the faith – like ratifying divorce and “remarriage”, like denying the Divinity of Christ, like saying the Blessed Virgin was “just a normal girl” who wasn’t born a saint, and doubted God at the foot of the Cross, like denying the existence of hell and openly proclaiming the lie of soul annihilation, like declaring proselytism a sin and explicitly condemning The Great Commission, and LIKE ATTEMPTING TO ABROGATE THE HOLY SACRIFICE OF THE MASS IN THE VENERABLE RITE OF ST. GREGORY THE GREAT, MADE CANONICAL BY POPE ST. PIUS V – when some chucklehead Jesuit moron with a BUNCH of super-close sodomite “friends” who is also in bed with the New World Order Malthusian oligarchy starts spewing this stuff on a near-daily basis… you might want to pause and ask a question or two.

Folks, it is PRECISELY because we have the declaration of Papal Infallibility in Pastor Aeternus that we can today, even as unlettered laynothing harridans (speaking for myself), look at the situation with Antipope Bergoglio and KNOW beyond ANY DOUBT that THAT piece of human detritus, Jorge Bergoglio, AIN’T THE POPE.

Okay.  So we got that.  The next question is, WHAT HAPPENED? Did anything hinky happen right before this evil apostate luciferian showed up and started calling himself the… Bishop of Rome?

WHY YES! The most completely bizarre thing in the 2000 year history of the papacy occurred DAYS BEFORE.  The reigning Pope, who announced upon his election in no uncertain terms that HE WAS UNDER PRESSURE AND ATTACK AND MIGHT LITERALLY FLEE, proffered a substantially erroneous “partial resignation” of just the ministry of the active governance of the Church, while retaining the Petrine Munus, complete with the Papal White, the Papal Style and Name “His Holiness Pope Benedict”, continuing to reside inside the Vatican, and continuing to confirm the brethren, and continuing to give “MY APOSTOLIC BLESSING”.

Without Vatican I and the dogmatic definition in Pastor Aeternus, we might all be sitting here thinking, “Well, this SEEMS wrong, but we can’t know for sure because there is so little guidance on this contingency. Everything that has been written on this possibility has been highly speculative.”

WELP.  The Divine Providence in His infinite kindness and incomprehensible love made ABSOLUTELY SURE that we could – ALL OF US – know, and know as a matter of DOGMATIC FAITH, what exactly it is that is going on here.  No secret decoder rings needed.  Quite the opposite.  A dogmatic declaration is the exact opposite of any sort of gnostic secrecy because it makes a given article a make-or-break matter of holding the Catholic Faith.

And isn’t that EXACTLY where we are, right now? There is an Antipope that is openly telling people that they MUST embrace lies as truth, and that they MUST be in union with HIM and HIS HERESY in order to be “in The Church”.  Antipope Bergoglio is telling the world that you MUST embrace HIS HERESY and APOSTASY in order to not be a schismatic.  This is a clear violation of the Law of Non-contradiction: Antipope Bergoglio claims to be BOTH the standard of Schism in his person, and SIMULTANEOUSLY he is the vector of schism.  He claims to be simultaneously a thing AND its ontological opposite.

You can parse Pastor Aeternus as fine as you like, but there is absolutely no way to claim that the Law of Non-contradiction vis-a-vis the Pope and Schism in se is NOT clearly within the domain of the Dogma of Papal Infallibility.  NONE.

Finally, I’d like to mention a concept in the same vein as this piece, specifically the simply boundless and infinite love of God for us, but now in the context of TECHNOLOGY.  Yes, technology.  I know most of us look at the modern world and see the horrors of technology around us, such as the ubiquitousness of pornography, the tracking/Mark of the Beast dynamics now emerging in real time, the destruction of economy and community that springs from economy by Chinese slave labor and Amazon, and of course, the near-total control of the media that satan holds, propagandizing and warping reality in the minds of nearly all men today.

But I’d like to argue the other side.  I’d like to postulate that maybe – just maybe – the Holy Ghost inspired men at an absolutely unprecedented pace in all of human history to advance technology for an overarching purpose that trumps all of the temporary negative aspects listed above for a reason.

I think that we have this technology coupled with the dogmatic declaration of Papal Infallibility so that lucifer and his minions would have every bit of their hamfisted plot circling the globe being observed, hashed out and discussed, with every papal document and the whole of Canon Law available in every language, by unlettered lay nothing harridans who carry a baby television around in their pocket which gives them instant, unfettered access to all of it – down to Antipope Bergoglio’s raging tantrums as he eats his lunch, down to his physical assault of a Chinese woman begging for help for the Church in China, down to his ordering a demonic Pachamama talisman to be placed on the high altar of St. Peter’s Basilica at the offertory of the Mass, thus desecrating the Basilica.  IT’S ALL RECORDED. EVERYONE CAN SEE IT.  Many will see it and ignore it.  Pride.  Greed. Cowardice.  BUT, whoever the Divine Providence wants to see it will see it. And it is the technology that makes that possible, whether one lives in the Center of Rome, or in a Van Down By the River.

Never forget what Our Lord said to satan when satan declared his intent to destroy the Church, as overheard by Pope Leo XIII in ARSH 1884:

GO AHEAD AND TRY.

If you know Who God Is, and you believe it, those words are just about the most edifying possible.  I AM Omniscient and Omnipotent, and I am saying to you: go ahead and try, because I will utterly crush and humiliate you, and manifest My Power and My Love.  GO AHEAD AND TRY, AND WATCH WHAT HAPPENS.

The truth of the Bergoglian Antipapacy and the awesomeness of God can be appreciated AS IT IS HAPPENING.  It’s not necessary for centuries to pass before anyone can appreciate what is happening RIGHT NOW TO US. What a tragedy that so many people are not only missing out, but being scandalized and even apostatizing, when they should be, in a certain sense, enjoying being able to see and even participate in this Holy War – even if only, for now, through a baby television that you carry in your pocket. Savor these days, friends.  Savor these days. And DON’T squander the opportunity that you have been given to know, love and serve God in this world, so that you may be happy with Him forever in the next.

Our Lady of Copacabana, slayer of the Pachamama demon, pray for us.

Lord Jesus Christ, have mercy on us, on your Holy Church in eclipse, on the Papacy, and on Pope Benedict XVI your Vicar on Earth whether he likes it or not. 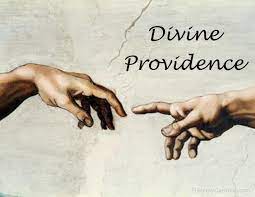