I am a professional counselor, highly-trained to help men overcome what are often referred to as unwanted same-sex attraction and gender dysphoria. My clients describe themselves as ” I don’t want to be gay/trans anymore”, or “The LGBT label/life doesn’t fit me.” My mentor worked for the late Joseph Nicolosi for several years. I have worked with hundreds of men who experience unwanted same-sex attraction and/or gender dysphoria, many of whom were able to overcome it.

In answer to your question: From the thousands of hours of training and experience I have come to this conclusion: It doesn’t seem to matter whether the father was a one-night stand, died when the client was a child, or was physically present though disconnected or “effeminate” in the classical sense. All three scenarios leave a child vulnerable.

How come some fatherless kids don’t have these sexual or identity problems? It appears to hinge on two things: a) the temperament of the child (still a nature vs nurture debate), and b) the boy’s relationship with his mother. If the boy has a more emotionally sensitive temperament, he is more likely to have sexual and/or identity problems. Some fatherless boys have an uncle, mentor, coach, or family friend who takes him under his wing and teaches him how to be a man.

The boy’s relationship with his mother appears to the strongest contributing factor to SSA and gender dysphoria. Some mothers enroll their boys in gymnastics, ballet, jazz/tap, where he is the only boy. Some mothers refuse to let their boys go play with the other boys for fear that they will get hurt or will dirty their clothes. Some use their boys (instead of their husbands) as “confidants”, what is often referred to as “enmeshment” or “emotional incest”. Some mothers dominate their sons, emasculate them when they make mistakes. Some moms undermine and badmouth their husbands, conveying the message that masculinity is toxic. The common thread in all of these examples is thus: mom’s feelings are the center of the universe and all things must be ordered make her happy.

Mom’s actions (enmeshment, emasculation, coddling) toward her boys are the main contributing factors in heterosexual pornography addiction, heterosexual promiscuity, unwanted same-sex attraction, and gender dysphoria. These are on a continuum from mild to severe with heterosexual pornography addiction being mildest and gender dysphoria being most severe. The more severe the symptoms, the more harmful the abandonment by dad and the more mom emotionally exploited her son. One of the most common and destructive ways mom undermines dad is the cell phone war. The kids want cell phones, mom can’t stand to tell her kids “no”, so she nags, cajoles, argues, manipulates her husband until the kids get a phone, with or without his approval. Once the kid has a cell phone, he becomes ice cream for all the predators and sickos that will teach him to hate you and everything you believe in. They will succeed. (Remember “we’ll convert your children”?)

Dad’s contribution to the problem is he is not living up to his birthright as head of the household, as the divine authority over his wife and kids. In many of the cases, mom habitually emasculated dad. He withdrew and emotionally abandoned his son in the process, leaving him vulnerable to emotional abuse by mom. Or maybe mom undermines dad and he fails to assert himself as head of the household. Kids see this and they develop a contempt for dad because of his weakness. The sons have no salient model for masculinity.

Advice for dads: You must reclaim your birthright. You must reclaim your role as head of the marriage and of the household. You must reclaim your family from the demons prowling on the internet or in the tv and movies. Children have no place on the internet just like they have no place in an abandoned warehouse in South Central LA. It will be hard. It will hurt. Your wife may rebel, belittle you, yell, use sarcasm, and try to manipulate you. Do it anyway. Ceasing the effeminate male role can only be done by embracing the hardship of reclaiming territory conquered by the enemy (your wife is not the enemy). You let the enemy into your garden, your house. You must take it back for the love of God, your wife, and your children. You will stand before God at your particular judgement and God will ask how you did as head-of-the-household. “My wife and I were a team and made all our decisions together” will not be a valid defense.

You will not find any of this in the modernist Catechism of the Catholic Church (green or tan cover). You will find it in Spirago and Clarke’s “The Catechism Explained”. The description of the model of marriage is beautiful and rightly ordered. A rightly ordered household is far less likely to have any of the problems I mentioned. Of the families that come to therapy, the quickest way to fix most problems is to put the family in right order. The husbands and wives that are able to achieve this right order often see a significant change over time in the mental health of their children.

Biblical references: Men are the head of the household. It is our birthright “and thou shalt be under thy husband’s power, and he shall have dominion over thee. [Gen 3:16]. The book of Genesis alone details no less than three stories wherein different wives (Eve, Sarai, Rebeka) usurp dad’s authority with disastrous consequences for themselves, their progeny, and the future of humanity. Adam and Abram were guilty of abdicating their roles by doing what their respective wives told them. God even admonished Adam, “Because thou hast hearkened to the voice of thy wife, and hast eaten of the tree… (that comma is important). Adam was made to have dominion. Eve was made to be his helpmate. This is observable throughout history. 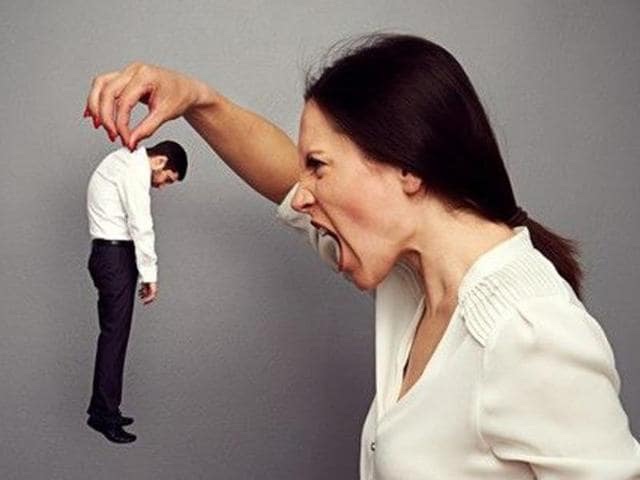 Sexual abuse: In some cases, clients with same-sex attraction were sexually abused as children. This does not appear to be the majority of cases.

I could write tens of thousands more words on this topic, but this is the general explanation of the problem and solution.

ps-After reviewing the data it is clear that Benedict XVI is and has been the only pope since April 19, 2005.