I went through such a satanic H-bomb attack in ARSH 2015, and survived.  My attack involved, not surprisingly, the scandal of revealed sacrilegious sodomy and desecration of Holy places, although not involving any children to my knowledge.  The blow was … thermonuclear, as one could imagine. And there was a period of “fallout”, also as one could imagine.  But it passed, and I am now very strongly “inoculated” against scandal.  I’d like to share some thoughts on this in order to help anyone who might now or in the future experience something similar.

First: It is in NO WAY psychologically abnormal or immoral to assume that initial reports or revelations of grievously sinful activity by someone close to you must be false.  In fact, I would argue that to fully believe any accusation instantly upon its first hearing against someone you know, respect and even love would be PSYCHOPATHIC in and of itself.  What kind of monster instantly, at the drop of a hat, gives up on someone they love?  HAVING SAID THAT, while we should operate from a presumption of innocence, WHEN OBJECTIVE EVIDENCE IS PRESENTED, WE MUST NOT REFUSE TO ACKNOWLEDGE IT, OR BELIEVE THE TRUTH, NO MATTER HOW AWFUL.  But to have an initial desire to believe the best about others, or to give others, especially those we know and love, the benefit of the doubt is NOT some horrible moral failing or indicative of a “cultish” mindset.  It is actually a species of fraternal charity. Beware ANYONE who attempts to vilify or cast as pathological CHARITY ITSELF.

Second:  When a massive personal disappointment happens, it is entirely normal to be sad – to MOURN.  The capacity for mourning is a pure derivation of CHARITY.  Those who do not love, do not mourn.  Satan and the demons do not mourn – they only rage. This is why Our Lord said in no uncertain terms in the Sermon on the Mount, “Blessed are they that mourn, for they shall be comforted.” It is a gift to be sad and to mourn when terrible things happen or are revealed, and to do so can be an extremely powerful means of entering into the Passion of Our Lord.  No suffering of man, no mourning, could ever approach the infinite sorrow of Our Lord in the Garden, feeling the burden – the DISAPPOINTMENT – of every sin ever committed by every human being ever, including one’s own sins first and foremost.  When we feel our hearts bludgeoned by disappointment, we MUST go directly to The Garden, and go face-down in the dirt next to Our Lord and weep with Him, and remember that His Most Precious Blood is already spilling there in the Garden as His capillaries burst and He sweats His Blood – in the very act of mourning. Water and Blood, Baptism and Eucharist, already bursting forth into the world in anticipation, and mixed together eternally at every Mass.  Don’t believe ANYONE who tries to gaslight you into thinking that you are “crazy” for mourning, or “a cultist” for not feeling pure, instant rage when something horrific happens or is revealed. In fact, the mourning should never end in this world.  We should, so long as we live, weep for the sins of the world, our own sins first and foremost. I keep a physical reminder of the intense scandalous disappointment I experienced in ARSH 2015.  Someone once asked me what it was and why I had it.  My response was, “I keep it, and every time I look at it, it hurts.  If the day ever comes that it DOESN’T hurt to look at it, I’ll know I’m in deep trouble. Blessed are those who mourn, NOT those who are numb. Please God, let me NEVER be numb, because you can only be numb if you are devoid of love. Let it hurt until I enter into the Beatific Vision, where there is no hurt or pain.”

Third: When horrific disappointment involves clerics, prelates, or even laymen highly active in the Church, and sacrilege is involved, we should contemplate the heresy of Donatism, and how its refutation points all the more to the incomprehensible, infinite love of Our Lord for His Church and for us.  Consider how much Our Lord loves us if, God forbid, a priest in a state of mortal sin consecrates the Eucharist.  Consider the infinite love of Our Lord who WILL NOT ABANDON US, even if that means obeying the call of a Judas Priest who calls Him down upon the altar.  Our Lord comes despite the incomprehensible blasphemy and sacrilege, He takes the scourge, so that He can come to you, and be near to you, and so that you can KNOW that He is there.  Our Lord is THERE, even when a Judas Priest sits in the confessional, or at the Baptismal Font, at someone’s deathbed, or witnessing a marriage.  He will NOT abandon us, and does not hold us responsible for that which we CANNOT know, namely the hidden sins of His ministers.  Do NOT believe ANYONE who tries to gaslight you into thinking that by NOT falling into the heresy of Donatism that you are of a “cultish” mindset, because what this actually is, is an attack on SUPERNATURAL FAITH ITSELF.

Fourth: It is essential to never, ever conflate any human being or group of human beings with Our Lord such that faith in Our Lord and His Holy Catholic Church is subject to a human being, because that is, by definition, IDOLATRY. The FIRST Great Commandment is to love GOD, and the Second Great Commandment proceeds from the First: to love others FOR GOD’S SAKE.  If we invert the ordinance of the two Great Commandments, apostasy comes quickly, because a faith which proceeds from human beings as the first cause is, by definition, proceeding from fallenness and sin, and thus will spiral into hell.  THIS is why satan’s top religion, Freemasonry, has a PUBLIC front of the worship of MAN QUA MAN.  HAVING SAID THIS, we can never abandon the Second Great Commandment as a mere “option”.  The Second Great Commandment is NOT OPTIONAL.  No matter what, we can never “give up” on humanity in toto. Like Our Lord, we must stand manfully at the pillar, take the lash, and KEEP GOING.  Like Our Lord carrying His Cross, we must KEEP GOING all the way to Calvary.  Like Our Lord crucified, we must PERSEVERE IN LOVE TO THE VERY END.  We cannot permit ourselves to descend into a state of total mistrust and suspicion.  HAVING SAID THAT, we must keep the words of Our Lord in mind to be “wise as serpents and simple as doves”.  Proper balance can and must be struck.  Never believe ANYONE who paints perseverance in love of fellow man and a refusal to embrace misanthropy and apostasy, especially in the wake of intense personal disappointment, as “cultish” or “mental illness”.

Fifth: We must remember the definition of Diabolical Narcissism: the VOLUNTARY purgation of love from the soul.  We must NEVER allow personal disappointments or scandals to cause us to say, “That’s it.  I’m done with people.  I’ll never love another human being ever again.  I’ll never trust another human being ever again.  People are the enemy.  People will only hurt or betray me.” Even if the initial intention is to go to a “just me and Jesus” mindset, it won’t last, and it will degrade into apostasy. “Love one another as I have loved you” is non-negotiable.  This is why the eremitical life is BY FAR the most advanced religious life, and is NOT something that just anyone can do.  Being able to live in earthly isolation while STILL LOVING OTHER HUMAN BEINGS, in fact loving humanity radically, is incredibly difficult, and only for souls that are truly advanced in personal sanctity. The eremitical life is not the Church’s refuge for narcissists – it is exactly the opposite.

In these dark days, I would recommend particular devotion to The Holy Face of Jesus.  In The Holy Face we see the God-Man, and cannot confuse of conflate Him with any mere human.  A PERSONAL RELATIONSHIP WITH JESUS CHRIST IS ESSENTIAL AND THE ONLY SURE FOUNDATION, AS SATAN GOES ON FULL ATTACK BY TRYING TO USE HUMAN SCANDAL AND PERSONAL DISAPPOINTMENT TO SEPARATE US FROM GOD AND HIS HOLY CHURCH.

God is the existential opposite of “disappointment”.  He is more perfect, more loving, more kind, more powerful, more merciful, more just, more beautiful, more good than anyone can possibly imagine.  While human beings can and will disappoint, sometimes catastrophically, sometimes causing pain so intense it has the capacity to kill, Christ doesn’t disappoint, and knowing and believing this could be said to be the definition of FAITH. Peter was the first Pope because of his statement of FAITH: Thou art the Christ, the Son of the Living God.

As always, I hope and pray that this helps. For anyone who might now or in the near future experience intense personal disappointment and/or scandal, please be assured of my prayers. 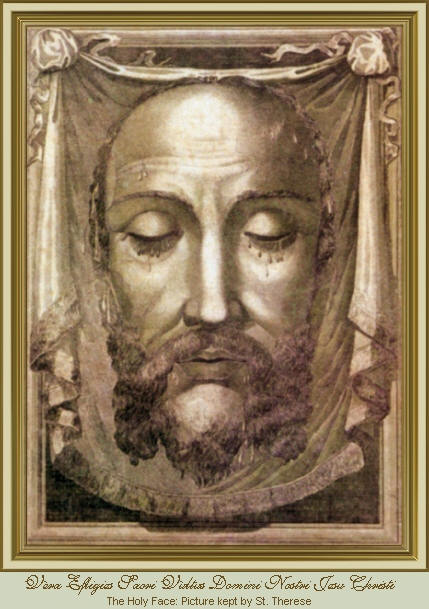