Oh, this campaign against Ivermectin goes so much deeper than any of us realize. This goes beyond BigPharma defending its $50 billion per year over-the-counter cold and flu symptom remedy market by withholding a safe and effective cold and flu preventative.

This goes all the way back to Anthony Fauci’s murder of millions of HIV and AIDS patients since the mid-1980s by pushing the poisonous, totally ineffective and WILDLY €XP€N$IV€ failed chemotherapy drug AZT as “the ONLY treatment for HIV and AIDS”.

This also goes back to covering for BigPharma and the WHO and the disasterous Dengvaxia roll-out that killed children in the Philippines by – wait for it – causing an AMPLIFIED risk and hyper-immune reaction to Dengue Fever when encountered in the wild post-vaccination. Sound familiar?

Here’s an article from NPR – yes, National Public Radio, the hard-leftist American government-funded agit-prop machine from May 3, ARSH 2019. Read every word of this. Key excerpts below:

The French pharmaceutical company Sanofi Pasteur spent 20 years — and about $2 billion — to develop Dengvaxia. The company tested it in several large trials with more than 30,000 kids globally and published the results in the prestigious New England Journal of Medicine.

But halfway around the world from the Philippines, in a Washington, D.C., suburb, one scientist was worried about the new vaccine.

“When I read the New England Journal article, I almost fell out of my chair,” says Dr. Scott Halstead, who has studied dengue for more than 50 years with the U.S. military. When Halstead looked at the vaccine’s safety data in the clinical trial, he knew right away there was a problem.

For some children, the vaccine didn’t seem to work. In fact, Halstead says, it appeared to be harmful. When those kids caught dengue after being vaccinated, the vaccine appeared to worsen the disease in some instances. Specifically, for children who had never been exposed to dengue, the vaccine seemed to increase the risk of a deadly complication called plasma leakage syndrome, in which blood vessels start to leak the yellow fluid of the blood.

But in the world of vaccines, that’s not an acceptable risk. A risk needs to be exceedingly small to be tolerated….

BUT BACK TO FAUCI, AIDS, AZT and several million dead homosexual men.

Remember how it was reported in this space that Fauci has long been considered a mass-murderer in the “gay” community for being the Dr. Mengele of AZT?

Remember how it was reported in this space that Fauci openly admitted to frequenting gay bathhouses in order to do “research on how HIV was transmitted”?

Now here we have this study, published in ARSH 2012 that clearly demonstrates that Ivermectin has clear antiviral properties against both HIV and Dengue Fever. You can’t make this up.

The fact that Ivermectin is a KNOWN broad-spectrum antiviral by not only Fauci but the entire global pharmaceutical industry tells us in no uncertain terms that Ivermectin should have been IMMEDIATELY looked to as a possible treatment and prevention of any authentic and non-weaponized viral outbreak, but that its continued suppression and vilification points to habitual capital-level criminality predating the CoronaScam by decades, namely Fauci’s “Death by AZT” scam, and the WHO’s Dengvaxia crime in the Philippines, where criminal charges were filed.

How ironic that it is precisely the sodomite contingent that is the most vicious in attacking Ivermectin and demanding the poison DeathInjections be forced on the entire world, when they themselves have been one of the prime victim cohorts of the intentional withholding of Ivermectin, and of a known poisoning campaign. Ironic, but not entirely surprising. Satan’s favorite gambit and greatest victory is to trick people into killing themselves. 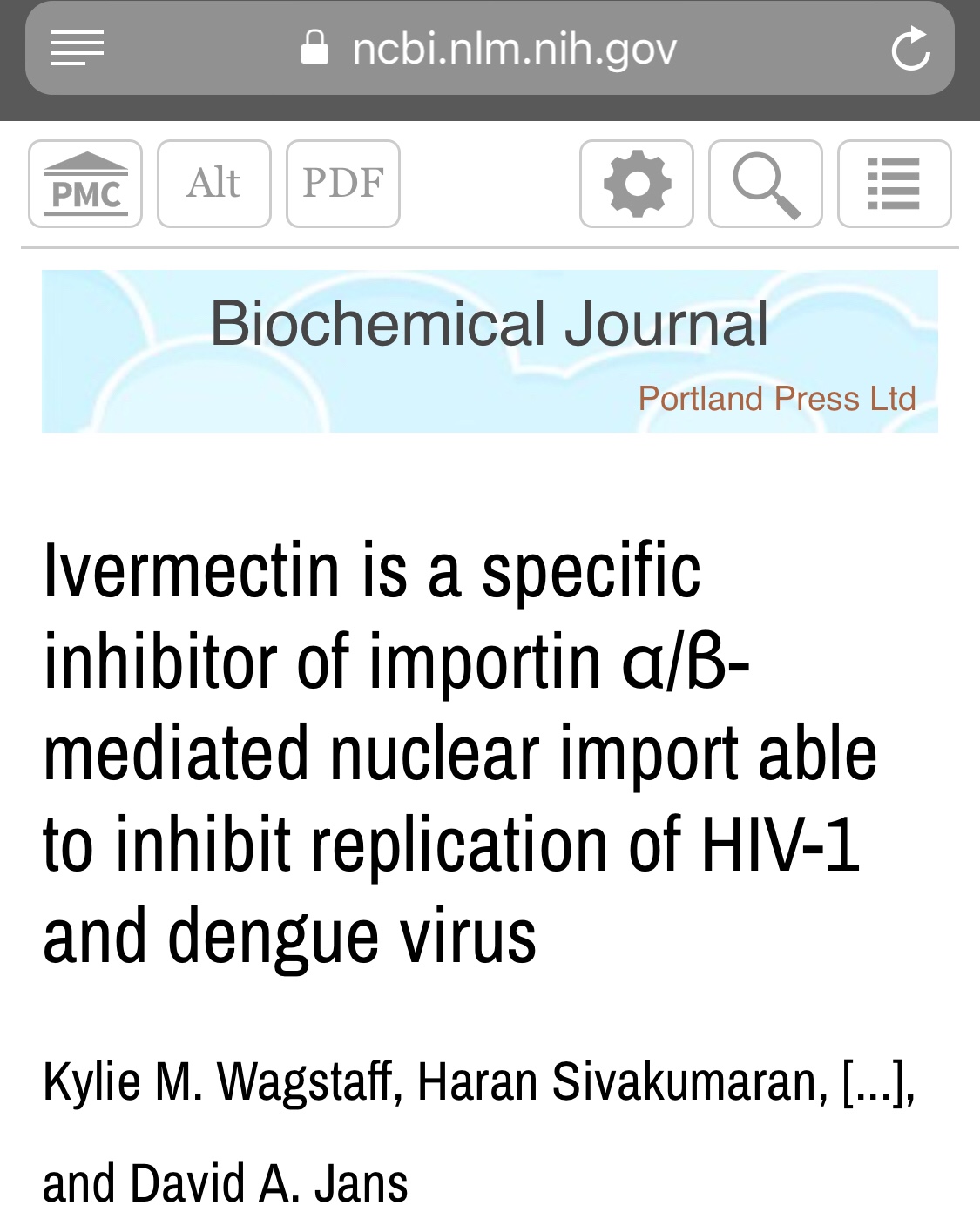