I can’t recommend this very short video strongly enough. A man was on the brink of death with viral pneumonia and his daughter lobbied his treating physician for Ivermectin. The results were basically instantaneous. Immediate, total, near-miraculous recovery.

Now here is what makes me want to pull my hair out, and I know Karl Denninger must feel the same way: note how the daughter says that she asked the doctor, “If this were your father, would you give him Ivermectin?”

Um, THAT ISN’T EVEN A QUESTION. The father was being called “hours from death”. Why in the blue fiery hell would it be “a decision” to give him one of the most frequently-dosed drugs in the world which is safer and more benign than aspirin? We’re not talking about some crazy dangerous radiation or chemotherapy treatment here. There is basically zero risk. ZERO. Zero danger. Zero downside.

The truth is, if this CoronaScam weren’t the fully premeditated act of war and attempted Malthusian human genocide operation that it is, every government would have immediately made Ivermectin free to anyone who wanted it. Every grocery store should have had an Ivermectin distribution kiosk.

My personal plan is to dose myself prophylactically every quarter, and then new policy: the moment I feel ANY sort of crud coming on, I’m going to do a couple of quick-hitter doses just in case I’m fighting a virus. Because WHY NOT??? If what I have coming on is bacterial, well then, hey, no harm no foul with the Ivermectin. I’ll either wait out a bacterial bug as I always have (because… IMMUNE SYSTEM), or get a scrip for a mild antibiotic if I really need it.

Which brings up another point. If Ivermectin had been used as an antiviral treatment before any of this CoronaScam Putsch happened, imagine how many doses of antibiotics would have been saved over the years. People should have been keeping Ivermectin, which should be available over-the-counter in the First World like it is in the Third World, in their medicine cabinet, and trying to knock out any possible viruses BEFORE going to the doctor for an antibiotic scrip, because antibiotics only work against bacterial infections. 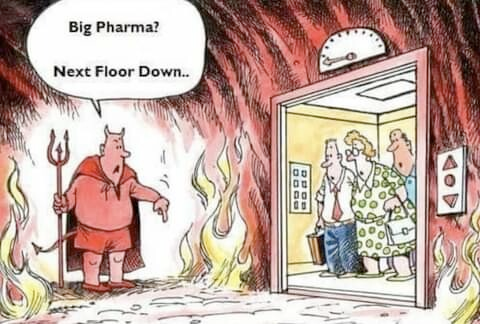