The manifold heresies of Antipope Bergoglio are a proofset of his not being the Vicar of Christ, not the cause of it.

The reason that Bergoglio the Heretic is not the pope has nothing to do with his heresy. His heresy is simply a visible sign, really a gift, so that all with eyes to see can plainly observe that this man does not enjoy any of the supernatural protection afforded by the Petrine Promises, and he never did. This is because Pope Benedict’s resignation was invalid in several points of Canon Law, and so Benedict remains the Vicar of Christ, and has been since April 2005.

So the folks who maintain that Bergoglio is definitely the one true Vicar of Christ, yet spend all day resisting him, taunting him, saying and writing the most awful disobedient things about him… those folks have a real problem on their hands. Worse still are those who recognize the danger to souls Bergoglio represents, yet remain silent, or think there is nothing they can do. Many of them cannot be bothered to investigate what the hell is going on here, even those whose job it is to do so. 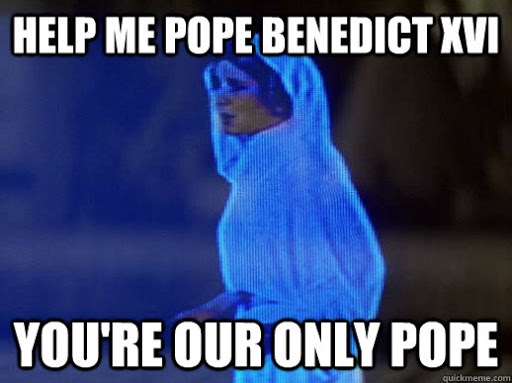