I first came across your blog in 2012. My husband had abandoned me for another woman. I was very naïve during my marriage and had no idea I was married to a narcissist, until he walked out of my life. I was a wife of a decorated military officer. He commanded a squadron and personified all the public qualities of being an officer and a “gentleman.” Privately, in the confines of our home, he was a completely different man.

When he wanted “out” of our marriage, something came over him that is difficult to describe in words. For me, it was unadulterated evil flowing through his eyes. By the pure mercy of God, in which I deserved not His benevolence, He saved me from a premature death. In all likelihood, I would have left the marriage in a body bag if my husband had his way…(details redacted…)

Five years later, my ex-husband is still full of rage and hate towards me. It defies understanding.

However, the destruction he wrought upon me has taken me many years to overcome. I am still in the process of rebuilding and reclaiming my lost life. The devaluing and discarding for me was the most painful of the treatment for it wasn’t always so obvious. He was a master charlatan and con artist.

It wasn’t until I heard your diabolical narcissism talks last year that I finally understood with clarity what I was up against in my marriage and divorce. I am very grateful for everything you said in those talks. For the first few years post divorce, I was like exactly like Lot’s wife – wistfully looking back to what I now know is a false reality.

The sins of my ex-husband I choose not to elaborate; however, after many years of marriage, I know the tragic state of my own sinfulness and culpability — the bitter fruits of a godless Catholic marriage. My soul was spiritually dead and I lived in the dark abyss of hell. I look back on those days and wonder how I even survived….

This brings me to the reason why I write. I listened to your podcast about St Mary Magdalene. It was beautifully done. I, though, also wanted to share with you some very beautiful imagery of this fascinating and repentant woman. You may already be familiar with these images.

I have a deep affection for St Mary Magdalene and ask for her intercession daily. The imagery I wanted to share with you comes from the visions of Bl. Anne Catherine Emmerich’s Life of Jesus. I know these are private revelations, but after reading this book, one cannot help but be changed interiorly and for the better.

Bl. Anne Catherine’s visions of Mary Magdalene are riveting. She was the youngest sister of Lazarus and Martha. Their family was incredibly wealthy and Mary was given an estate in Magdalum when she was very young. She had servants and “entertained” men since she was in her pre-teens. Bl Anne said she was exquisitely beautiful. Her hair was long, dark and thick, which she often would adorn with jewels and pearls woven in her plaited hair. She wore beautiful refined clothes and was embarrassed by her older sister who wore plain, modest and unattractive clothing. When Jesus began his public ministry, Mary Magdalene was in her early 20s and purposely separated herself from Lazarus and Martha to maintain her current lifestyle.

Mary’s conversion was not immediate. Her conversion is a testament to Jesus’ great love for her and a hope for all of us penitents. Jesus was particularly close to Lazarus. It was Lazarus who financially funded Jesus’ ministry paying for food, Sabbaths, accommodations, etc. Mary refused to be part of her siblings’ ventures and often refused to attend any of Jesus’ teachings when Martha and the other holy women would invite her. One evening during a Sabbath, the holy women were playing a game with shells and a pearl and were outwardly discussing Mary’s lifestyle and their concern for her. During the game the pearl fell off the table and was lost. It was at this point, Jesus came to the women while they were looking for the pearl and told them that they must continue to pray for Mary; but He assured them that she will be converted and when she was, she would be the greatest of all penitents. He then told them that Mary was like the pearl – the pearl of great price and offered for the first time this similitude, which he attributed to Mary Magdalene. He also said to Martha in order to console her in her concerns for Mary:

“If even one germ of penance, of contrition, of love, of faith has, in consequence of My words, fallen upon some poor erring heart, it will bear fruit, it will be set down in favor of that poor sinner, it will live and increase. I Myself shall nourish it, shall cultivate it, shall present it to My Father.”

After this incident, Martha often invited Mary to listen to Jesus preach, but Mary would turn her down; yet her soul was growing more and more troubled.  Her troubled soul became somewhat of an obsession and she secretly sought ways to look for Jesus without being noticed. During one of the times Jesus was set to preach, Martha invited Mary and she accepted the invitation to listen to Jesus. It was at this time Mary’s first deliverance from a demon occurred and she wept at Jesus’ feet. Yet, she was not fully free. After that event, she returned home to Magdalum and continued in her sexual sinful ways. In doing so, seven demons took possession of her causing her to fall into more grievous sins.

Mary was a tortured and afflicted soul. When Jesus delivered Mary from the seven demons, Mary had come to a place where she wanted and desired repentance and reformation. She was consumed with longing to cease her sinful ways and showed Jesus deep sorrow for her sinful life. It was then that Jesus freed her from all of her afflictions and demons. A sorrowful and contrite demeanor and countenance replaced her exquisite beauty. She no longer adorned herself with jewels and refined clothing. She wept continually out of reparation for her sins and for the HOLY GRATITUDE and love she had for Jesus.

The most telling thing about Mary’s final conversion was that after Jesus delivered her from the seven demons, he instructed Mary to go to His Mother and never leave her side for she is heavenly purity. Jesus told Mary that His Mother would teach her how to be pure and remain pure.

I relate to St Mary Magdalene because I know what it is like to be tortured in soul and heart, as well as my conversion has not been swift or painless. But, through it all, I contemplate how Mary Magdalene suffered and how her desire to cease sinning and accept Jesus’ mercy and love allowed her to be so deeply in love with Him. It gives me great hope that my struggle is not in vain and that Jesus hopefully is nourishing, cultivating the germ He planted in my heart, in which one day He too will present me to His Father.

Thank you for all that you do to inspire us to greater faith.

PS: I apologize for the length of this email. I really only wanted to thank you for making such an impact on my life. 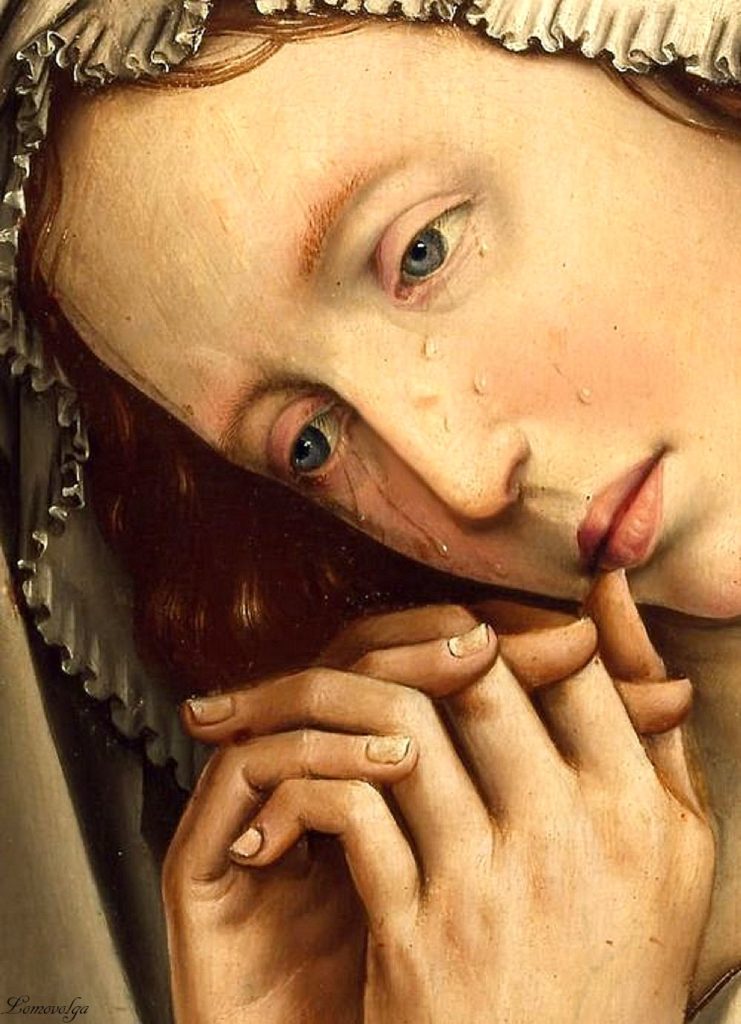