“It is how it is, and it’s never going to get better, only worse, so just accept it….”

“When it comes right down to it, and if we are being perfectly honest, we aren’t very confident that “prayer” is worth anything, at least anything outside our own personal lives.…”

I was told by a wise priest once, within the Sacrament of Confession no less, that the greatest demonic spirit of oppression over Rome and the Institutional Church was ACEDIA. People go to Rome, and the grace is sucked out of them by ACEDIA and soon they are completely unwilling to do ANYTHING, including pray, and then, like cancer, this spirit of Acedia metastasizes and spreads itself throughout the world. And guess how the resulting time vacuum in the lives of those in Acedia gets filled in this day and age? Social media, video games, TeeVee/movies….

Not only that, but they eventually become, ironically, MILITANT in their Acedia, demanding that others ratify and join in their indifference, inaction, impotence and despair. These sad souls then begin to declare their acedia to be a virtue; proof of their moral and intellectual sophistication and superiority over others. Finally, it reaches a level so dire that the person wallowing in Acedia lashes out and attacks those who will not join in their cult of despair, trying, like the demons, to drag as many others down with them as they can. Anyone who shows any flame of charity – because remember, the polar opposite of love/charity is indifference, not hate – is attacked and painted as “mentally ill”. Gaslighting of the highest order: love itself (or should I say, HIMSELF) depicted as mental illness.

In these dark days, one and all would do well to be on the lookout for the terrible vice of Acedia, first in oneself, and then in others, and flee from it with all haste, because it is highly, highly contagious.

The Rosary, as always, combats Acedia, most directly in the Third Glorious Mystery, the Descent of the Holy Ghost Upon the Apostles and Mary. The Fruit of this Mystery is: Love of God, and ZEAL. 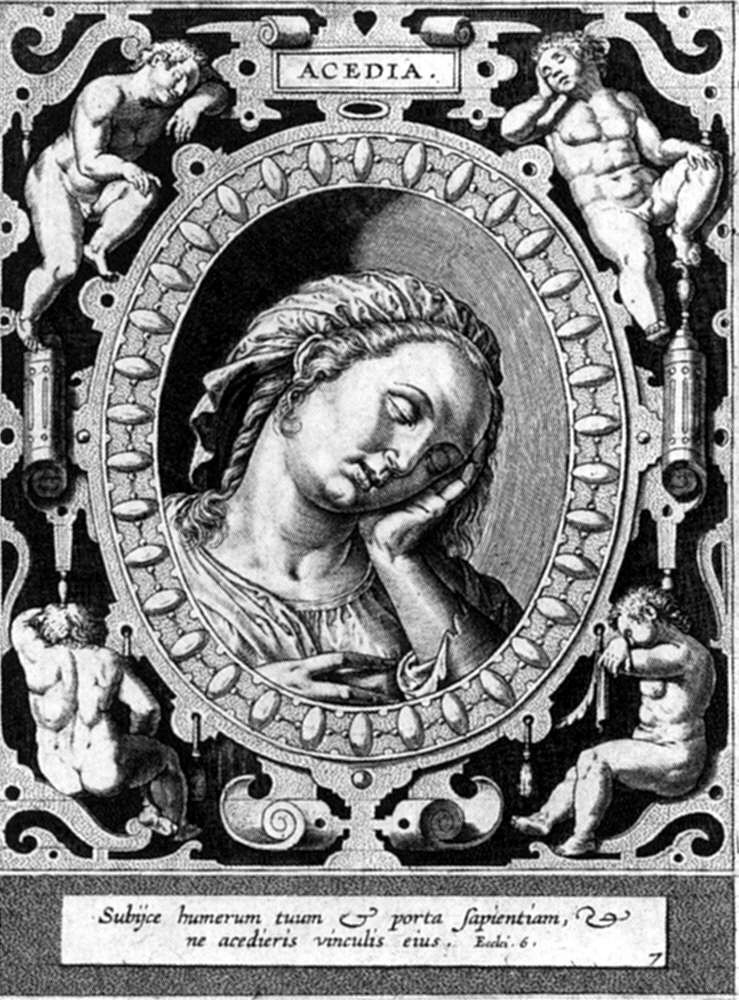