WHEW! How about a post that doesn’t involve civilizational collapse, mass apostasy or sexual perversion? Is that possible? 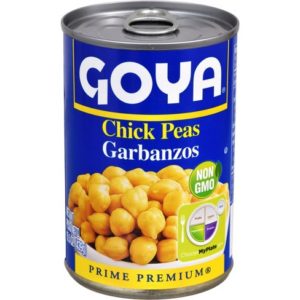 Apparently the head of the Goya Company said something logical and true and therefore there is an attempt on to cancel him and the entire Goya Company.  So, everyone should buy Goya products.  I THINK they are usually found in the Mexican section of the grocery store.  May I recommend a recipe for Beet Hummus, which might sound iffy at first glance, especially if, like me, you were traumatized in childhood by canned beets, but I can testify is ABSOLUTELY DELICIOUS.  I have tried this exact recipe, including the step of shucking the hulls off of the chickpeas, and at the end I had abandoned all pretense and was just eating it with a spoon.

Additionally, making hummus requires that one purchase Tahini.  Tahini is whizzed-up sesame seeds, and it is usually in the “ethnic” aisle of the grocery store.  Pro tip: If you stir a bit of Tahini and honey into plain white yogurt, it tastes like Reese’s Peanut Butter Cup except… better.  Deeper, richer, more complex.  Serve it in martini glasses as the fastest, easiest, cheapest dessert you will ever make.

Thanks to donors and supporters

I have been consistently shocked at the munificence of the readers and listeners here since I first “bit the bullet” and put up a donation button in November of ARSH 2013.  But what I have experienced since March has taken my amazement to a new level.  Even now, as hot war is breaking out and the economy is being put into intentional collapse, people continue to give me money, little fungible proxy units for their own lives and labor – just for maintaining an informal blog and doing a few Podcasts per month.  My rent continues to be paid – in fact, I’m out ahead, which is always how I prefer to be.  And, most importantly, the Holy Sacrifice is offered for ALL of my benefactors and supporters AT MINIMUM of once per day, and sometimes three times per day.  Since I really can’t give anything back to my donors and supporters, I figure nothing less than the INFINITE LOVE OF CHRIST CRUCIFIED will do.  Every day.

I received a question about simony, and if this dynamic of having Masses said for benefactors and supporters constituted “paying for the sacraments”.  Of course not.  In fact, if you open up your Baronius Hand Missal to the Examination of Conscience of page 67, you will see that under the Fourth Commandment (Thou shalt honor they mother and they father) is the specific mention of honoring your benefactors according to your JUST DUTY.  I consider it a MORAL OBLIGATION to have Masses said for my benefactors.  My dream would be to someday build and decorate a side chapel in a glorious church, and have Mass offered there DAILY, with a livestream, for all of my benefactors and supporters.  After I’m dead, then for the suppression of the Legion of Christ and the “Jesuits”, the extermination of islam, the conversion of the Jews…  and of course for the Poor Souls in Purgatory.  There are so many things to beg God for. 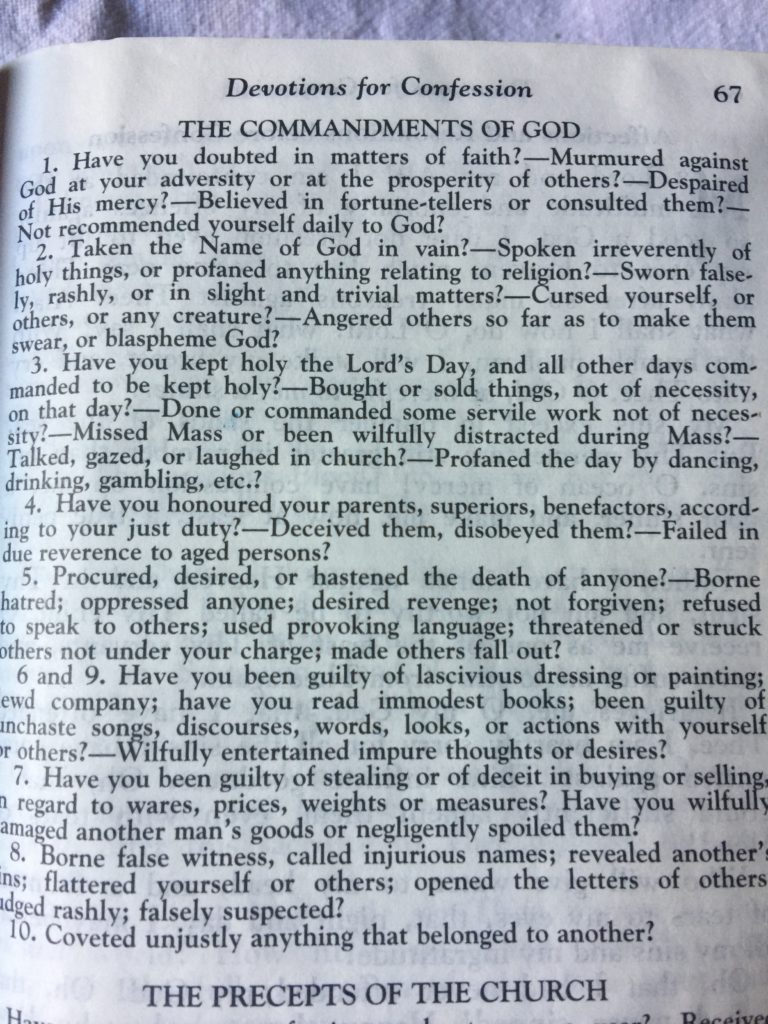 The folks at Lulu did a huge website update in February and all of the old links died, but it now looks like that they are totally back on track, and the paperback book link on the sidebar now works again.  Right now I have two books available.  One of more secular essays, and another of apologetics essays.  I fully intend to assemble and publish more books of collected essays, a book dedicated to the concepts of Diabolical Narcissism, a recipe book, and a book containing all kinds of devotions, prayers and liturgical aides. The recipe book and the liturgical aide book will be as much for my own personal use as for distribution!

Yes, indeed.  The Cornerstone Cattle Marketing DVD set is still for sale, and yes, it contains modules on trading and bartering in a hyper-inflationary environment and/or without currency after a total economic and/or governmental collapse or overthrow, how to convert currencies to barter units (i.e. gallons of gas, rounds of .223), how to estimate costs in a barter environment (i.e. no currency), debt management and the importance of eliminating debt (ahem).  Some folks thought I was “out there”, to put it mildly, when I first released the second edition DVD in March of ARSH 2011.  But, I was confident that we were less than a decade out from serious collapse and likely civil war.  And… well, here we are. I was recently told of one cattleman overheard saying, “I’m sick and damn tired of Ann Barnhardt being right about all this crap.” The cost is $500.  Ordering details HERE. Don’t buy it unless you actually intend to trade physical livestock.  Please let me allocate my existing inventory for cattlemen and those seriously looking to enter the cattle/livestock business.

And finally, on a COMPLETELY different note…

Some might not know that I was a ballet and tap dancer in my youth.  I was actually the most talented at tap dancing, as I don’t have the freakish physiognomy needed for any sort of high proficiency in ballet.  Not that I ever had any intention of pursuing any form of dance as a career – it is completely overrun by sodomites, who then pass their diabolical narcissism to the females around them.  The world of dance is a hellscape of personality disorders and mortal sin.

But, I can really appreciate good dance when I see it, and I came across this tap routine by the Nicholas Brothers from ARSH 1936.  This number is amazing for multiple reasons.  First, the absolute proficiency.  This is, in my estimation, one of the top three tap dance routines ever put to film.  But what is so amazing is that the Nicholas Brothers are 21 and 14 years old in this clip. Look at the level of polish and presence, especially in young Harold Nicholas.  Further, the Nicholas Brothers were completely self-taught.  Elder brother Fayard taught himself tap dancing just by WATCHING vaudeville performers, and then Fayard taught his little brother Harold.  The great Ballet master George Balanchine saw the Nicholas brothers right around the time this film was made, and Balanchine was CONVINCED that they had formal ballet training and asked where they had studied ballet.  Balanchine was gobsmacked to learn that they were totally self-taught. Note Fayard’s smooth grace and arm movements compared to young Harold’s more feisty athleticism.

Finally, it should be noted that Fayard and Harold Nicholas were born in ARSH 1914 and 1921 respectively to a married couple, both of whom had COLLEGE DEGREES.  Their mother made all of their clothes, and you can see the polish and excellence of their suits.  This is important because many people today believe that blacks in the United States were all illegitimate and running around barefoot in raggedy overalls BEFORE the 1960s and the so-called “civil rights movement”, which was actually a plot to destroy the black community through welfare, namely LBJ’s “Great Society”.  LBJ relatively openly would say, “Give the n’s a little check every month, and they’ll vote you in office for 200 years.”  Before LBJ’s “Great Society”, more than 80% of black children born in the US were born to a married couple.  This is stunning to consider.  It is good and instructive to see young, black men being elegant, polished and hyper-skilled, not to mention all of the impeccably dressed people in the background.  If I live to see it, I can’t wait for a return to people wearing what is today considered “formal wear” on a daily basis.  Men in three piece suits, morning coats, evening jackets, hats. Ladies dressed to the nines in gorgeous, modest dresses and hats every day. Slovenliness is a sign of a fundamental lack of respect and fraternal charity, and really, a lack of self respect.  Flip-flops, shorts, tank tops, sweats, track suits – all signs of a terminally ill culture.  I’ve been dressing WAY up every day for a while now, and man, let me tell you, it really sends a positive message, and not just because people might mistakenly perceive me to be “rich”. It’s a matter of mutual respect and fraternity. Especially now, as EXACTLY those two things are what the satanic muzzle masks are designed to attack and eliminate.

I suppose the BLM crowd would look at this clip and jeer, saying that everyone in it is “acting white.”  They aren’t “acting white”, they’re acting HUMAN.  Therefore, let the contradistinction be understood and acknowledged.

Sadly, the Nicholas Brothers both failed to honor their marriage vows, habitually, and both ended up “civilly divorced” from their wives.  A real shame.

“Professionals, nothing!  We’ve passed that stage.”