I’m sure you see where I’m going with this post.

The “extremely-competent” ruling class now freely admits that they have been counting… this is just unreal… positive ANTIBODY tests as CoronaCold “cases”.

So, as herd immunity grows for this SEASONAL COLD virus, they are using the herd immunity itself as a lying “proof” of “more cases”.

You all realize that this exact dynamic occurs EVERY YEAR, yes? A cold bug goes around, a bunch of people get it, with many never even being symptomatic, and by spring it fizzles out. Wash, rinse, repeat next October.

This is why the Gates/New World Order chose a Corona virus, aka a cold, as their vector. And if you think that a “vaccine” is possible, or is the real objective of mandatory repeated injections (tracking and sterilization are the real objectives), then I have a bridge to sell you.

There is no cure for the common cold. Which is the entire, premeditated point.

Do we HONESTLY believe that all of these Gates-funded virus whispering outfits have zero understanding of this? This is elementary school level biology. Having antibodies is not “being sick”. In fact, antibodies are a very, very good thing.

Guys, this is why Italy shows numbers so drastically different than the US, with no bee-ess “second wave”. Because the Italians seem to be NOT LYING through their teeth. The Italians seem to have a 5th grade grasp of biology, and, more to the point, have so far refused to participate in the obvious scam the US is now trying to pull in order to impose permanent house arrest and martial law, and ultimately foment full civil war and overthrow. But then, Italy doesn’t have “Orange Man”, do they?  (Actually, Berlusconi is very orange, but he isn’t in power, nor up for re-election…) Although, Italy is almost totally without a standing military or navy, because the US has provided such for them at Vicenza, Sigonella, Aviano, Tirrenia, Naples, etc., so one can only imagine the coercion the US is trying to wield on Italy to join in this lying “second wave” plot.

Nice country you got there, Mario. It’d be a real shame if something happened to it…

I’ll leave you with this screen cap from the CDC’s website, wherein they even admit that antibodies to ANYTHING in the Coronaviridae taxonomic family yields a “positive“.

It’s ALL LIES. And you’re “crazy” if you DARE question the lies. In fact, You should probably be sectioned and forcibly detained if you don’t swallow the lies. For SAFETY…. 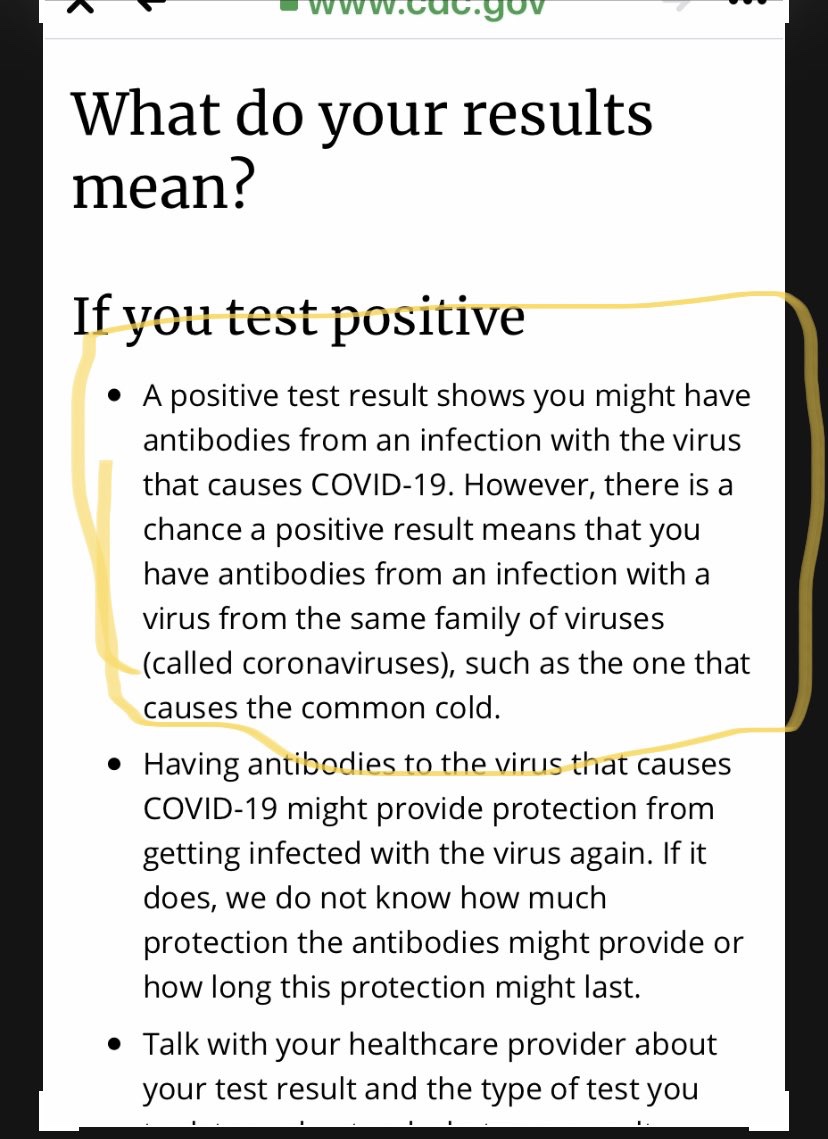