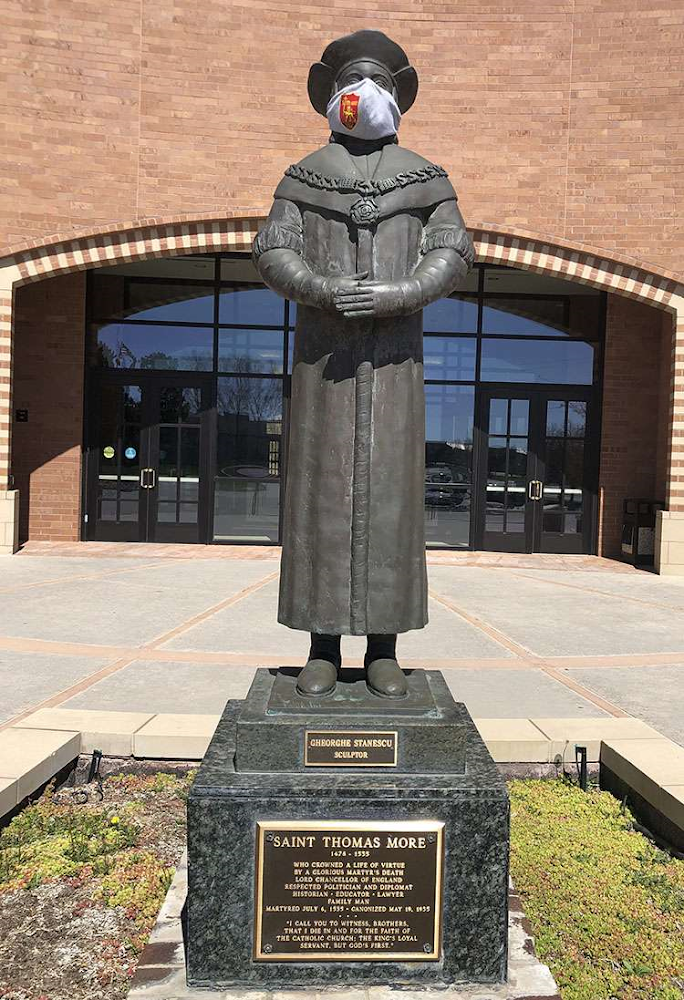 After I got over my initial shock and disgust, I thought you would be the best person to show this photo to.  This photo was taken at a very large suburban Denver parish which published this photo in an email for all of its thousands of parishioners in anticipation of being “allowed” to resume some level of in-person gathering for Mass and presumably Holy Communion.

Considering St. Thomas More was imprisoned, had his head chopped off and placed on a spike because he had the moral courage to stand up to the government in the face of a diabolically-fueled maniac hell bent on seizing total control over his realm, including changing the Church and the sacraments, it seems that this image ironically represents how far the post-Vatican II Church has sunk.  This is the post-Vatican II Church submission to the secular, humanist state in a nutshell.

Saint Thomas More, pray for us.

Since the Court has determined to condemn me, God knoweth how, I will now discharge my mind concerning the indictment and the King’s title. The indictment is grounded in an act of Parliament which is directly repugnant to the law of God, and his Holy Church, the Supreme Government of which no temporal person may by any law presume to take upon him. This was granted by the mouth of our Saviour, Christ himself, to Saint Peter and the Bishops of Rome whilst He lived and was personally present here on earth. It is, therefore, insufficient in law to charge any Christian to obey it. And more to this, the immunity of the Church is promised both in Magna Carta and in the king’s own coronation oath. — [Cromwell: Now we plainly see you are malicious!] — Not so. I am the king’s true subject, and I pray for him and all the realm. I do none harm. I say none harm. I think none harm. And if this be not enough to keep a man alive, then in good faith, I long not to live.