Long story short: This is video of a presentation at the Pentagon advocating for a VACCINE to “cure” so-called “religious fundamentalism” by attacking the VMAT2 gene.  What VMAT2 actually controls is dopamine release and uptake.

HERE’S THE KICKER.  The presenter is asked HOW such a virus, aka “vaccine”, could be mass-dispersed.  His answer?  Under the guise of a flu-like RESPIRATORY VIRUS “VACCINE”.

You couldn’t make this crap up if you tried.  The fun starts at the 4:00 mark.  I have this cue imbedded:

Hmmm.  Kinda puts all of Antipope Bergoglio’s ranting against “fundamentalism” into perspective, wouldn’t you say?  I’ll take it even further. 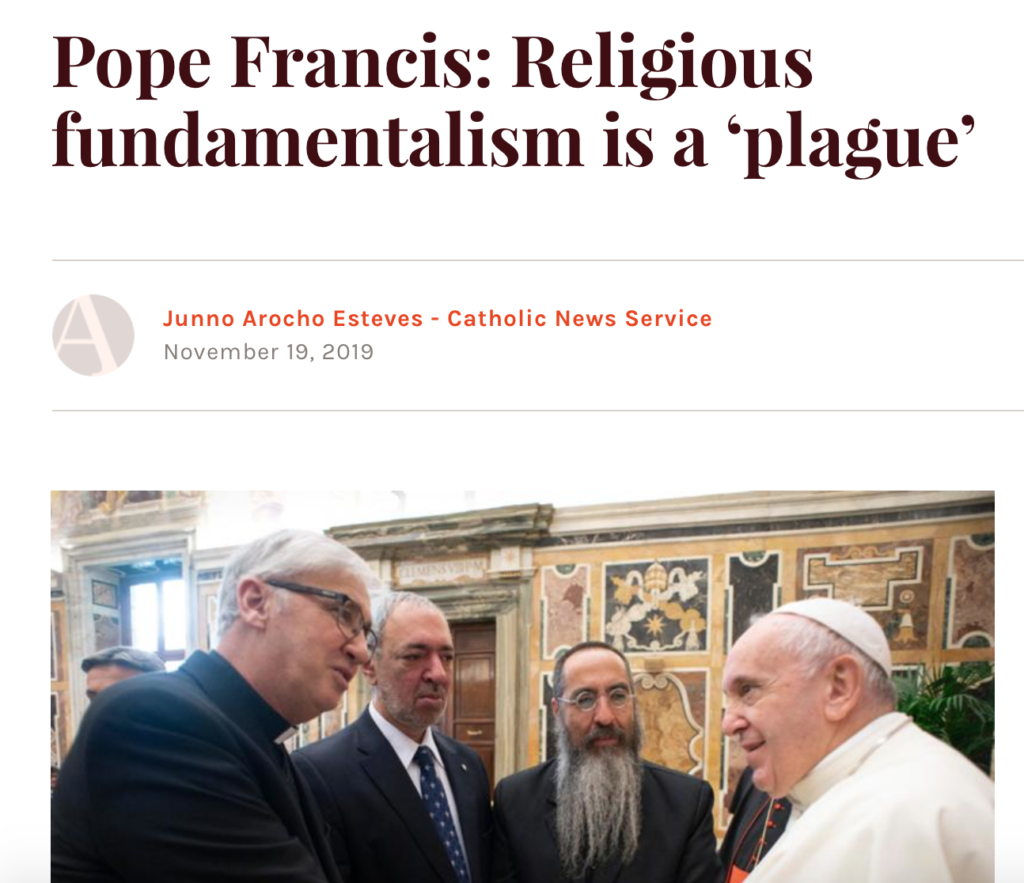 I’m SURE that’s just a coincidence.  Or he was mis-translated.  Or both.  Youbetcha.

Yes, Antipope Bergoglio and the Bergoglian Antipapacy ITSELF is 100% a part of this entire NewWorldOrder Freemasonic plot.  NO QUESTION.  Antipope Bergoglio has basically moved every NWO leader into the Vatican – Jeffrey Sachs, Paul Ehrlich, Melinda Gates….

YES, Pope Benedict Ratzinger was almost certainly coerced into proffering the TOTALLY, GLARINGLY, OBVIOUSLY LEGALLY INVALID fake resignation in February of ARSH 2013. Pope Benedict XVI Ratzinger is the one and only living Pope, and has been, uninterrupted, since April of ARSH 2005.