No Traditional Latin Mass in your backyard?

If you are a single person who works from home, if at all, and especially if you have rich priests in London offering, in writing, to subsidize your entire existence? (Cough, ahem)

People with cars? Which means EVERYONE in North America, read this well:

Immediately after the promulgation of the Novus Ordo on 30 November ARSH 1969 – and I do mean IMMEDIATELY, a Catholic family in rural Colorado southeast of Colorado Springs, led by the masculine, non-effeminiate husband and father, declared that assisting at the Novus Ordo was not acceptable given that it was POSSIBLE to assist at a Sunday Mass of Pius V…

This family, with… MANY children, piled into TWO vehicles every Saturday morning and drove TEN HOURS one way from down around Lamar, CO all the way up to Rapid City, SD, where a very St. Jerome-ish Grumpycat elderly diocesan priest categorically refused to say the Novus Ordo. The bishop didn’t want to fight him… so.

The family lodged Saturday nights with parishioners in Rapid City (can you imagine how great those conversations were?), got up, went to Sunday Mass, piled back in the cars, and drove the ten hours back to SE Colorado.

They did this for TWENTY YEARS.

You realize what this means, yes?

This family sacrificed the entire concept of “weekend” for twenty years. The father had no weekend rest. Much less time to work on the house and yard, golf, etc.

The children had no childhood weekend activities as so many of us had. They were packed into a car. ALL WEEKEND.

May God reward that man, and his family. The least we can do is regale the planet with tales of this man’s and his family’s example.

The Holy Sacrifice MUST be our top priority. It is the most important thing in the universe, and we should acknowledge that.

Whining about any drive less than ten hours each way to Sunday Mass, given the above, falls on deaf ears with me. Sorry. But I can’t lie. Emails from people complaining about the forty minute drive from one part of Dallas to another, or whatever, not only doesn’t move me, but actively disgusts me. Again, I can’t lie. Can you sit forty minutes watching Tee-Vee? That’s Jeopardy and the first third of Wheel.

That’s one third of a ComicBook movie.

Forty minutes is a SHORT video game session. For those effeminate and pathetic enough to actually play video games. 🤢🤮 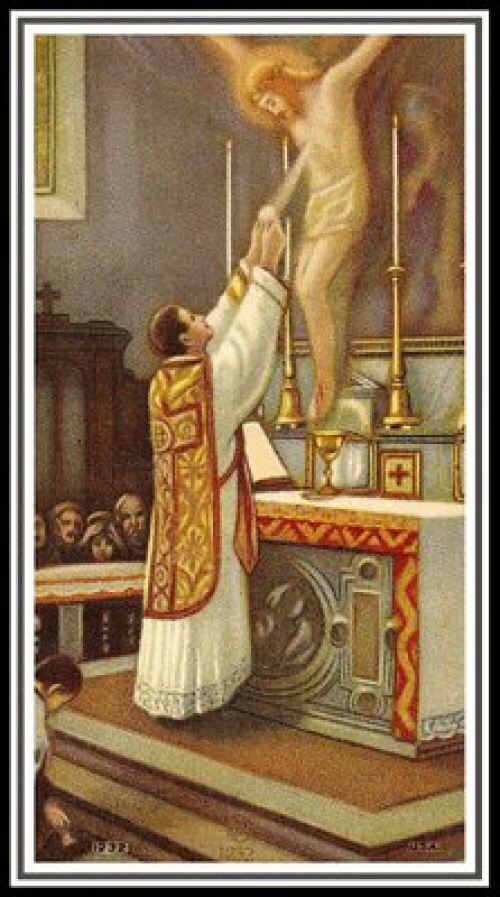 No excuses. No whining. GO.

I cannot emphasize this with sufficient vehemence: GO. TO. MASS.

The best you can absolutely, possibly do. Move “heaven and earth”.