Tomorrow, 30 November, is the 50th anniversary of the implementation of the Novus Ordo Mass.

Literally scribbled together on a napkin in a restaurant in the Trastevere neighborhood of Rome.

Countless western Catholics, having been poorly catechized and formed in the first half of the 20th century, apostatized within WEEKS of the introduction of the Novus Ordo. They took one look at it, said, “That’s not the Catholic Mass,” and never stepped foot in a church again. They didn’t stay and fight. They shrugged and walked away. Countless millions of souls were lost, and it happened almost instantly.

Is it any wonder the world has gone to hell as it has in the past half-century?

As we remember this most awful quinquagenary, please also remember in your prayers tomorrow Kanye West and his family, that they convert and enter into the One Holy Catholic and Apostolic Church, and that they someday achieve the Beatific Vision. Fraternal charity isn’t really about liking someone personally, it is about rooting for them to achieve the Beatific Vision. And in the Beatific Vision, all is infinite, perfect charity, so everyone will not only like but truly love everyone else, worshipping the Triune Godhead together. It seems incomprehensible and impossible now, but we know that is the telos of man, including you, me, and Kanye.

Please also remember to pray for the priest who is offering this Mass. 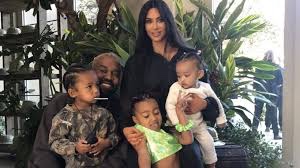