When I was first shown these pictures of the Lev-Williams wedding, the person who showed them to me had been “friends” with Lev for a loooooong time. The person said to me, and was being dead serious, that if they hadn’t specifically known what they were looking at, and didn’t obviously recognize Fr. Thomas Williams, not only would they not have recognized Liz Lev, but they initially momentarily thought that they were looking at pictures of a drag queen.

Bear in mind, Fr. Williams’ laicization and release from his vows of celibacy was signed only a matter of days before this scandalous wedding took place, and only because Lev’s mother, Mary Ann Glendon was frantically dispatched to Rome to get it signed by Antipope Bergoglio. Glendon was appointed to the Vatican Bank fake auditing committee a couple of months later. That tells you something about the level of corruption at which these grifters operate.

They planned this whole sick bridezilla monstrosity WHILE Fr. Williams was still 100% a priest. Including soliciting CASH WEDDING GIFTS online. Because when you marry your priest baby daddy at the age of fifty, and you live in a million dollar apartment in Rome, nothing says “class” like begging for cash. Because they were so, so, SO totally, desperately sorry for their decade-plus of open sacrilegious fornication and lying. The only thing that could help them overcome their sorrow was… cold hard cash.

Well, you can clearly see how sorry they are, and how concerned they are about the scandal they are infecting the world with, including the very priest that is marrying them, in the picture.

This is just begging to be captioned or memed. 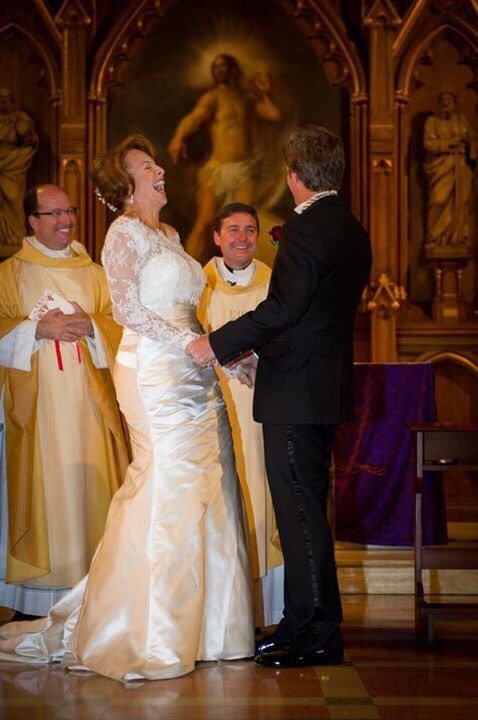 “And then, I looked him right in the eye and said, ‘No, Joshua isn’t Fr. Thomas’ son.’ And the stupid idiot actually believed me!”

“No, I can top that! I can’t tell you how many people I’ve told, ‘It was a one night stand…’ Hell, I’m STILL working that one…”

“And then remember the time I had my ghostwriters write me a book called, ‘Knowing Right from Wrong’?”

From left, Fr. Jonathan Morris, Liz Lev unrecognizable under several pounds of makeup (not a drag queen), Mr. Liz Lev (hours removed from being a priest under vows of celibacy and chastity), unknown priest. 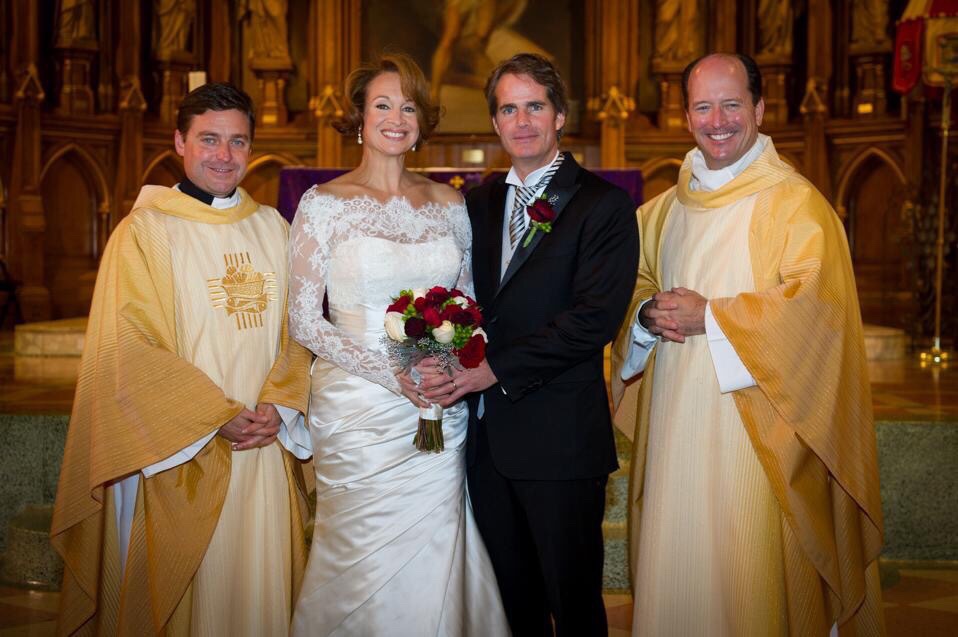 St. Mary Magdalene, pray for us.

God the Holy Ghost, have mercy on us.