I was especially struck by today’s epistle at Mass. This is St. Peter himself speaking to the very people who had clamored and agitated for Christ’s death. But listen to the calm, patient, charitable terms that Peter, quickened and vivified by the Holy Ghost, frames it in to the “men of Israel, and you who fear God”:

Lesson from the Acts of Apostles

In that time, Peter opened his mouth and said: Men of Israel, and you who fear God, listen. The God of Abraham, and the God of Isaac, and the God of Jacob, the God of our fathers, hath glorified his Son Jesus, whom you indeed delivered up and denied before the face of Pilate, when he judged he should be released. But you denied the Holy One and the Just, and desired a murderer to be granted unto you. But the author of life you killed, whom God hath raised from the dead, of which we are witnesses. And now, brethren, I know that you did it through ignorance, as did also your rulers. But those things which God before had shewed by the mouth of all the prophets, that his Christ should suffer, he hath so fulfilled. Be penitent, therefore, and be converted, that your sins may be blotted out.

If St. Peter could recognize the error and ignorance of the very people who called out for Christ’s Blood, and exhorted them in charity to conversion, then we must recognize the same dynamic at work today with regards to the Bergoglian Antipapacy, empathize, but exhort and encourage through our witness.

It’s a remarkable passage, giving one plenty to think about. Call out the error, empathize with the ones in error, help correct the error through “opening the mouth”, that is explaining and witnessing. 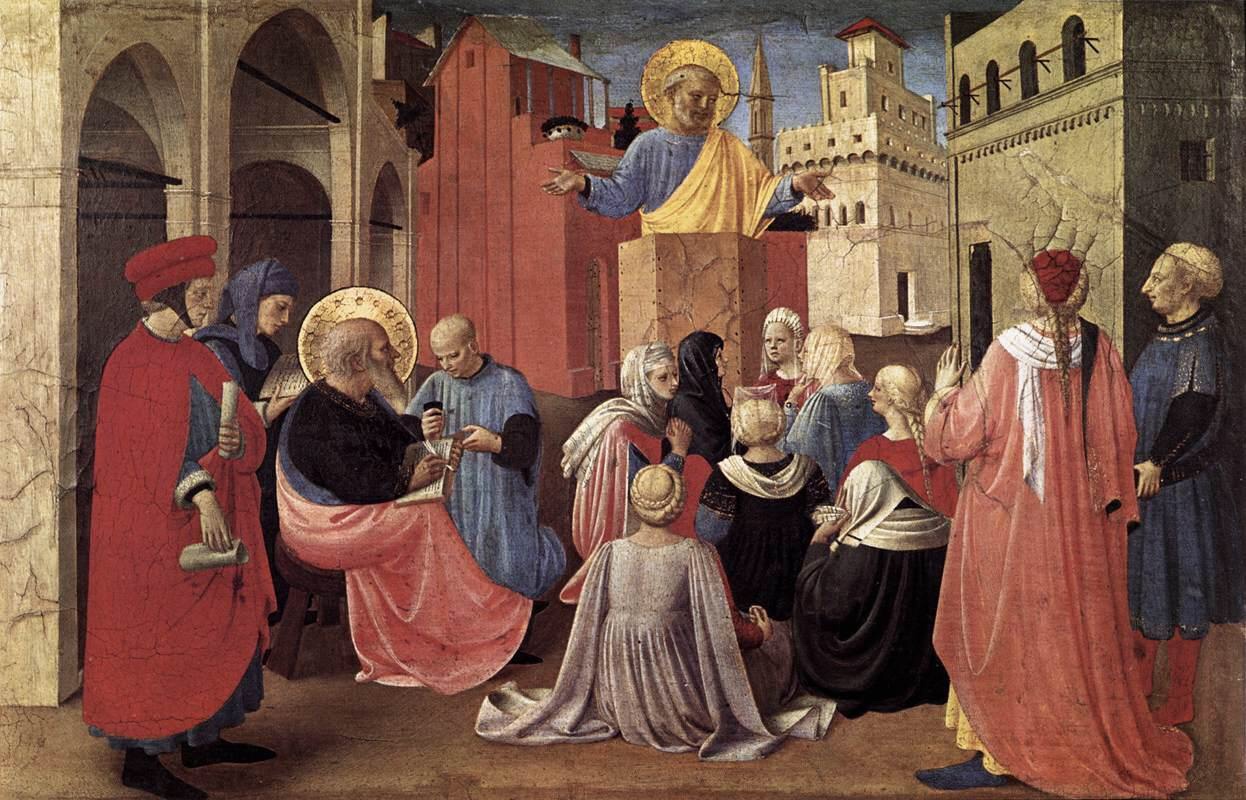