Remember, Judas didn’t betray Our Lord for the money.  He did it because Judas was so embarrassed and enraged by The Bread of Life Discourse (John Chapter 6) which concluded with a massive crowd, ready to make Jesus King – and thus Judas and the rest of the Apostles very powerful men of Jesus’ “court” – walking away in disgust calling Our Lord “crazy”. The embarrassment and loss of power which he was so close to grasping (he thought) drove him insane with anger, hatred and bitterness toward Our Lord that he resolved to bring about His murder.  And I’m sure in his mind he told himself that he was totally justified, and doing the world a favor.

“Eat His flesh and drink His blood?  What is that nut talking about?”

NOTHING incites hatred so much as embarrassment.  Judas, like such a high percentage of clerics and prelates today, hate Our Lord because they don’t believe in the Real Presence of Jesus Christ in the Eucharist, and are EMBARRASSED at any mention or indication of It.

In short, they don’t actually believe any of that “Catholic bulls***”. 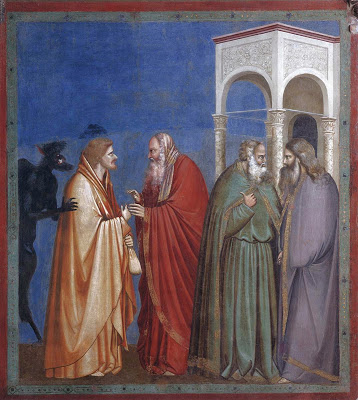