I post this only to show that it isn’t just “that seriously crazy Barnhardt and her three remaining schizo fanboys” that even countenance the notion that Pope Benedict is the Pope and “Francis” is an antipope.

Don’t fall for the gaslighting campaign that you are not only crazy, but crazy and ALONE in so much as even questioning Bergoglio’s legitimacy. Reuters wouldn’t have put that bullet point sub-headline there if it were just a handful of people raising the alarm.

No matter why Reuters wrote and published that bullet, even if was an attempt to smear “conservatives”, the fact is that today millions more people who do not live in Traddyland nor read any “Trad, Inc.” sites have now been exposed to the idea that a non-trivial number of people recognize Pope Benedict as still being the Pope and Bergoglio an antipope. 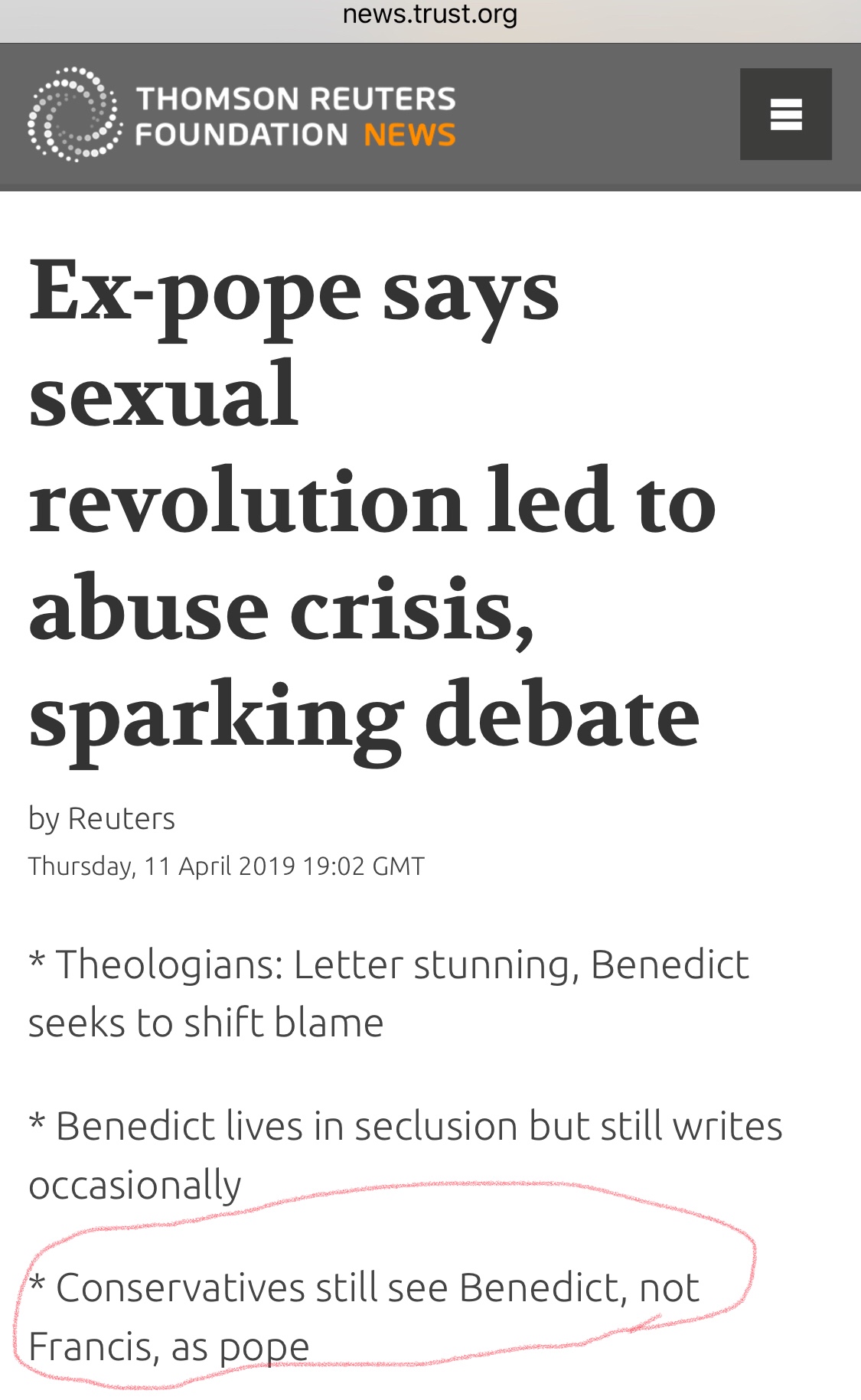