I’m LOVING the momentum the McCarrick #MeToo story is holding.  We have to keep this going, because McCarrick is just the very, very beginning. If you want all the latest developments, all you need is Frank Walker’s news aggregation site, Canon212.com .  Frank does outstanding work compiling all of the headlines and commentary.

Next on the #MeToo list needs to be the monstrous faggot, the current Cardinal Archbishop of Washington D.C., Donald Wuerl.  Wuerl was McCarrick’s hand-picked successor in ARSH 2006.

Interesting tidbit: Faggots in general, and especially these faggots in the upper echelon of the Church, have female codenames. Wuerl’s female name is “Donna”.  When he was in seminary, he was also known as “Wuerl the Girl”.

Donald Wuerl has likewise been well-known in the “open secret” sense of having seminarian slumber parties at his residence, and also of using male prostitutes. As a young cleric, Wuerl was widely understood to be the sodomite partner of Cardinal John Joseph Wright.

He was ordained a priest on December 17, 1966.[6] His first assignment was as assistant pastor at St. Rosalia parish in Pittsburgh’s Greenfield neighborhood and as secretary to Pittsburgh’s Bishop John Wright. After Wright was elevated to cardinal in 1969, Wuerl was his full-time secretary in Vatican City from 1969 until Wright’s death in 1979. Because Cardinal Wright was recovering from surgery and confined to a wheelchair, Wuerl, as Wright’s secretary, was one of three non-cardinals permitted inside the conclave that selected Karol Wojtyla as Pope John Paul II in 1978.

Wuerl was rector at St. Paul Seminary in Pittsburgh from 1981 to 1985. In 1982, he was made executive secretary to Bishop John Marshall of Burlington, Vermont, who was leading a Vatican-mandated study of U.S. seminaries.

On December 3, 1985, Wuerl was appointed titular bishop of Rosemarkie and auxiliary bishop of the Archdiocese of Seattle. Wuerl was consecrated bishop on January 6, 1986, at St. Peter’s Basilica in Rome, Italy, by Pope John Paul II. Wuerl and Seattle Archbishop Raymond Hunthausen worked in adjoining offices without conflict for several months until, in May 1986, they found themselves with opposing positions on proposed state legislation to prohibit discrimination on the basis of sexual orientation in employment. At that point Hunthausen learned for the first time that Wuerl had been charged with responsibility–”complete and final decision-making power”–for several key areas normally within the Archbishop’s control: worship and liturgy; the archdiocesan tribunal that considers requests for marriage annulments; seminarians, priestly formation and laicized priests; moral issues; and issues of health care and ministry to homosexuals. The division of authority only became public when Hunthausen announced it in September 1986. While some chancery officials expressed support for Wuerl, some questioned his role and saw little impact a year after his appointment. In November, Hunthausen won support for his objections to the Vatican’s restrictions on his authority from the U.S. Conference of Catholic Bishops.[16] In February 1987, the Vatican announced that a commission of U.S. bishops would investigate the situation in Seattle, and Wuerl met privately with Pope John Paul II and declined to comment, saying “I’m just going to wait and see what the commission does”. In May 1987, following a review by the commission headed by Cardinal Joseph Bernardin, Pope John Paul II restored Hunthausen’s full authority as bishop, and appointed a coadjutor to assist and succeed Hunthausen. Wuerl later said the arrangement had been “unworkable”. Following the restoration of Hunthausen’s authority, Wuerl moved to a Pittsburgh suburb to await his next posting.

And then he was on the board of the North American College in Rome, yet again giving him an excuse to hang around seminarians and influence career tracks.

From 1994 until 2003, as Bishop of Pittsburgh, Wuerl served as a member of the board of governors of the Pontifical North American College in Rome (Chairman, 1998–1999), representing the Pennsylvania-New Jersey Region (Region III) of the United States Conference of Catholic Bishops. In 2008, as Archbishop of Washington he was again elected to the college’s board of governors, this time representing the Washington DC-Delaware-Maryland-Virginia-West Virginia region of the conference (Region IV).

McCarrick is just the very, very, very beginning.  The CURRENT Cardinal Archbishop of Washington D.C. needs to be taken down now.  There must be dozens if not hundreds of men with stories to tell about Wuerl. 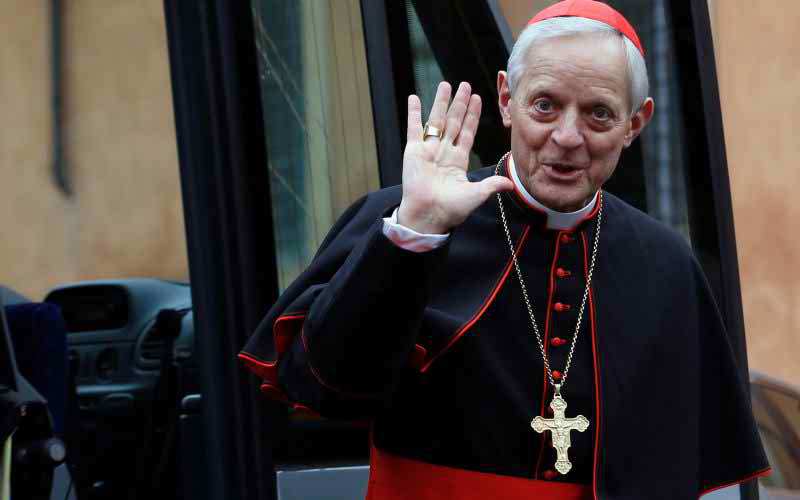 Raise your hand if you love having naked tickle fights with hot Twink seminarians!