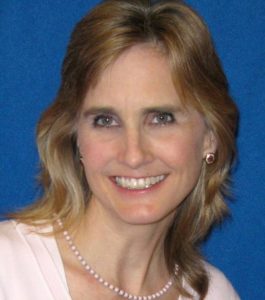 In the very first “Conversations with Ann” edition of the Barnhardt Podcast, we welcome Bai (pronounced “Bay”, as in May Day) Macfarlane, founder of Mary’s Advocates, a lay non-profit organization whose goal is to strengthen marriage, reduce unilateral no-fault divorce, and support those who have been unjustly abandoned by their spouse. Bai and Ann have a no-holds barred discussion about marriage, “divorce”, and “decrees of nullity” which are being handed out like candy – all in the name of “mercy”. Ann asks Bai the 800 pound gorilla questions that other people won’t ask, such as, “What do you do if your bishop is a heretic and refuses to help defend your marriage?” and, “What does a faithful Catholic do if a cookie-cutter declaration of nullity is issued against their marriage which they are certain is false, and their marriage is valid?”

Quotes mentioned in this episode

Cardinal Raymond Burke said some tribunals are run by unprepared and unjust workers.

“With sadness, many times I have seen that the diocesan bishop has not sufficiently taken care to prepare well the necessary personnel for his tribunal. In other words, it is not the process that has need of modifications, but the practice of some bishops who do not provide well-prepared and just workers for their tribunals” (33 min. 43 sec.). http://marysadvocates.org/bishop-have-incompetent-and-unfair-staff-managing-tribunals/

From the video of Cardinal Raymond Burke — see here — telling a woman to follow conscience and appeal if she is concerned about her local tribunal’s abuses.

Cardinal Burke replies: “All you can say to your children what is your own conviction, and that you have to live according to your conscience. And that also, that the process for the declaration of nullity is not an infallible process. The judge makes the decision with moral certitude–that is–that for him there hasn’t been brought forth anything reasonable against the nullity of the marriage. But/ A declaration of nullity of marriage can–in the Church’s law–be contested, always contested, simply because we know that it is not a divinely inspired decision. [They do it] The judges, and everyone, they do their best. [But] So, if in your conscience, you know that it was a valid marriage, that’s the way you have to live.”

Msg. Cormac Burke, Retired Roman Rota Judge (author Covenanted Happiness: Love and Commitment in Marriage, and The Theology of Marriage; Personalism, Doctrine and Canon Law) wrote the following about the role of the faithful spouse in context to the confusion about the ‘good of the spouses’:

What can one say of the really shipwrecked marriage where for instance one of the spouses reneges on his or her conjugal commitment and walks out on the other? Is it possible to continue to speak of the “good of the spouses” in such a context? Or must one conclude, as would appear, that it also has been totally wrecked?

As regards the reneging spouse, certainly the marriage would scarcely seem capable of working any longer toward his or her “good”. Yet it can still work powerfully for the good of the other, if he or she remains true to the marriage bond. If that fidelity is maintained, moreover, it may in God’s providence act as a call to repentance, as a force of salvation, for the unfaithful spouse, perhaps in his or her very last moment on earth – when one’s definitive “bonum” is about to be decided (from The Object of Matrimonial Consent: A Personalist Analysis, here)

Feedback: please send your questions and comments for the follow-up to this conversation to [email protected]