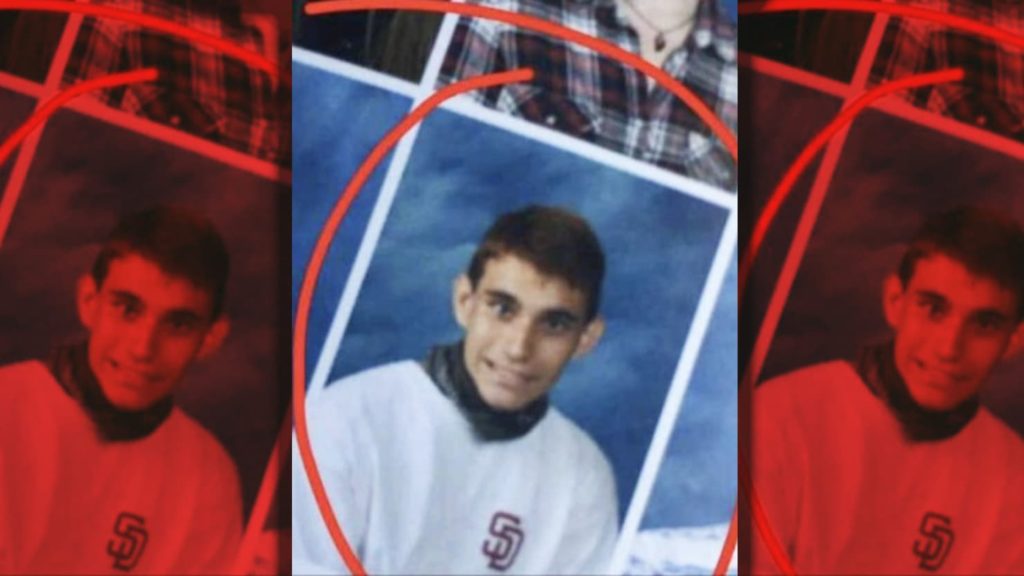 See this kid?  Yeah, where I’m from, that’s called, “crazy as a shithouse rat”.

Here’s a nutty idea.  Stay with me.  How about we put the crazy people in a facility where they can receive supervision, care and treatment?  We could call it… hmmm… let’s see… an “insane asylum”, or even a “mental hospital”.  That is, a place where people who are insane and/or mentally ill could receive shelter and care, and at the same time the rest of society would likewise be protected from them.  Because CRAZY PEOPLE CAN BE EXTREMELY DANGEROUS.  It would almost be like a CORPORAL WORK OF MERCY OR SOMETHING.

Just brainstorming here, kinda free-associating, what if there were religious orders that had as a charism the care of the mentally ill?  Wouldn’t that be a beautiful thing?  People dedicating their lives to God, the right worship of God, and as a function of their love for God, they would care for those of God’s children who are insane?  Off the wall, right?  I know.

How about WE BAN THESE ANTIDEPRESSANTS WHICH CAUSE PEOPLE TO TURN INTO MURDEROUS RAGE MONSTERS and have been a factor in damn-near EVERY MASS SHOOTING FOR DECADES?  Big Pharma quietly and blithely pays out huge settlements after these mass shootings, which they know damn good and well are instigated by their drugs, which they know cause murderous psychotic episodes, but they keep producing and pushing these drugs because even after paying out the multi-million-dollar settlements these drugs are still a massive, massive profit-center for them.  Conscienceless bastards.

Hey, maybe we should start talking about the fact that so-called “depression” oftentimes is a function of people living their lives wallowing in mortal sin.  You know what? If you live a wretched, dissolute life, YOU SHOULD FEEL BAD.  It’s called “shame”.  It’s called “the pangs of conscience”.  If your life is a fetid, raging dumpster fire of sin and moral disorder, guess what sweetie – YOU SHOULD BE DEPRESSED.

Pumping people full of antidepressants in order to dull their consciences? SOUNDS LIKE A CONSPIRACY TO ME.

Finally, how about we allow people to defend themselves as is their God-given right, and have full Constitutional Carry?  Isn’t it funny how every mass shooter chooses a “gun-free zone”?  Just because someone is in the throes of a psychotic rage-monster episode brought on by antidepressants and underlying mental illness, or are musloids, they are still able to reason enough to realize that they should go on their murderous rampages in places where they will be the only person armed.

Our Lord said, “Love your neighbor as yourself,” not “in spite of yourself.” You have to have a healthy and right-ordered respect for yourself and your own life as a foundation for moral interactions with others. Self-defense is a moral duty.  Self-loathing, as we are seeing around us everywhere, most especially in musloid cultures, and completely post-Christian nations like Germany and Sweden, and more-and-more so throughout North America and Western Europe, leads only to ovens and mass graves.  People who have a murderous hatred of themselves will kill themselves, either by sanctioned murder, or by passive auto-genocide, that is suicide by contraception, or suicide by surrender to invaders.

So-called “gun-free zones” are nothing less than veiled concentration camps, wherein the powers-that-be can keep their hands clean, instead letting insane boys pumped full of psychosis-inducing drugs and retarded, inbred musloids do what The Pill and Planned Parenthood don’t quite manage.

We need more people carrying guns on a daily basis, we need to start building insane asylums and putting insane people in them instead of pretending that they just need to be “mainstreamed”, and we need to BAN ANTIDEPRESSANTS.