As the Bergoglian Antipapacy continues to raze the Visible Church Militant, it is obvious that conventional warfare will no longer work.  Bergoglio, while painting himself as the great “decentralizer” of power, issued an edict stating that all religious houses MUST be approved by Rome, whereas before the local Bishop had jurisdiction.  The purpose of this, of course, is not to keep power-money-sex criminal racketeering organizations like The Legionaries of Christ from popping up.  The whole reason behind this is to keep orthodox, faithful, traditional Catholics from being able to form any sort of communities.  If anyone dare try to start up a Trad order or community, it will be quashed by Antipope Bergoglio and the Antichurch immediately, and would probably incite the wrath of Antipope Bergoglio against the local bishop that dared to approve any sort of Catholic community in his diocese.

Not long after the edict mentioned above, Antipope Bergoglio issued a document titled, “Vultum Dei Quaerere” which essentially forbids Catholic women’s religious orders, that is, contemplative and/or cloistered nuns.  This was clearly done to attack the Franciscan Sisters of the Immaculate and prevent any of the FSI nuns from “escaping”.

Which brings us to the point.  Frank Walker over at Canon212.com, the go-to Catholic news aggregator, posted a link to reportage a few days ago of a group of twelve FSI nuns who were able to escape from their hijacked order have started a house, wherein they, now mere laywomen, choose to live together, wear “funny blue outfits” and pray the Divine Office and worship and adore God together.  That’s their right, isn’t it?  As long as they pay the rent, a group of women can wear what they want, and spend their time as they see fit.  And Antipope Bergoglio, and the Antichurch, which remember, today occupies the same juridical, liturgical and sacramental space as the True Church, has no jurisdiction over them, and can do nothing to stop them.  What are they going to do?  Send in the cops to stop a group of laywomen from praying Matins at 4:00 in the morning? Hold the women at gunpoint and force them to take off their “funny blue outfits?”  Perhaps hold them at gunpoint and ensure that they watch at least three hours of mainstream tee-vee per day? As the report says:

The Vatican forced them out of their religious vows but has no power against pious women who form a community in order to serve the Lord.

Exactly.  This is how it is going to have to be from here on out until the Triumph of the Immaculate Heart.  As we have seen in the past week since the Bishops of Kazakhstan issued their statement “Profession of the immutable truths about sacramental marriage“, we have seen the grand total of signatories to this simple, clear, obvious statement of the teaching of The One True Church now rise to the whopping total of seven – six Bishops and one Cardinal. Of a population of over 5000.  Seven.  And, it was reported yesterday that the word in Rome is that an enraged Antipope Bergoglio is going to send an “apostolic visitor” to Kazakhstan – which means a likely deposing of all three bishops, AND that Antipope Bergoglio is having an oath of loyalty to HIS PERSON and his “magisterium” drafted which all priests, bishops and cardinals will be required to sign or else be suspended a divinis. As if an Antipope has any authority to start with….

So, given all of this, let me put before you something that came across my transom.  It is one of the first efforts in this “new normal”, the tip of the spear, and boy oh boy, are these chaps going straight to the heart of the tactical theater: Rome itself.

A fledgling group of men called to the Passionist charism are seeking to set up one of these ad hoc lay houses wherein they will dedicate themselves to the Traditional Passionist life AS LAYMEN, and thus untouchable.  They will be dedicated to praying the traditional Divine Office, the Tridentine Mass, the Rosary, and Eucharistic Adoration. Obviously, the hope will be that someday, when it is possible, this group will be able to be recognized by a Bishop – but it is perfectly clear that it must start as a lay group.

Folks, monasticism has been the glue that has held Christian Civilization together.  These warrior men and women, all but invisible to the world, praying The Divine Office, making reparation for the sins of the world, and adoring God in the Blessed Sacrament are the veritable “nuclear arsenal” of The One True Church.  It is no surprise then that they have been all but destroyed in the past fifty years since the Double Asteroid Strike of the failed Second Vatican Council and the promulgation of the Novus Ordo Mass, and that they incite such venom and rage from the Freemasonic-Sodomite infiltrators, with Antipope Bergoglio as their leader.

One can’t help but have a wry smile pass over one’s lips as one thinks of the subtle yet unmistakable “cloak and dagger” quality of this, of the thought of virile and potent young men going “undercover” as it were to unleash one of the most powerful weapons in the arsenal of the Church Militant – The Divine Office, Mass, Adoration and Contemplative and Reparative Prayer and Fasting.  And in Rome, no less!  Truly the best defense is a good offense!

So, for psychologically, physically and spiritually healthy unmarried men feeling a call to the monastic life, but seeing no path forward in the literal handful of remaining traditional orthodox communities, consider this fledgling Passionist Lay Group.  Also, any priests that are in a position to offer any sort of assistance to this group, even if it is just prayer or Masses, contact the organizer at the link below.

And if I may interject my own motto, which certainly has held true: DO THE RIGHT THING, AND GOD WILL PROVIDE. 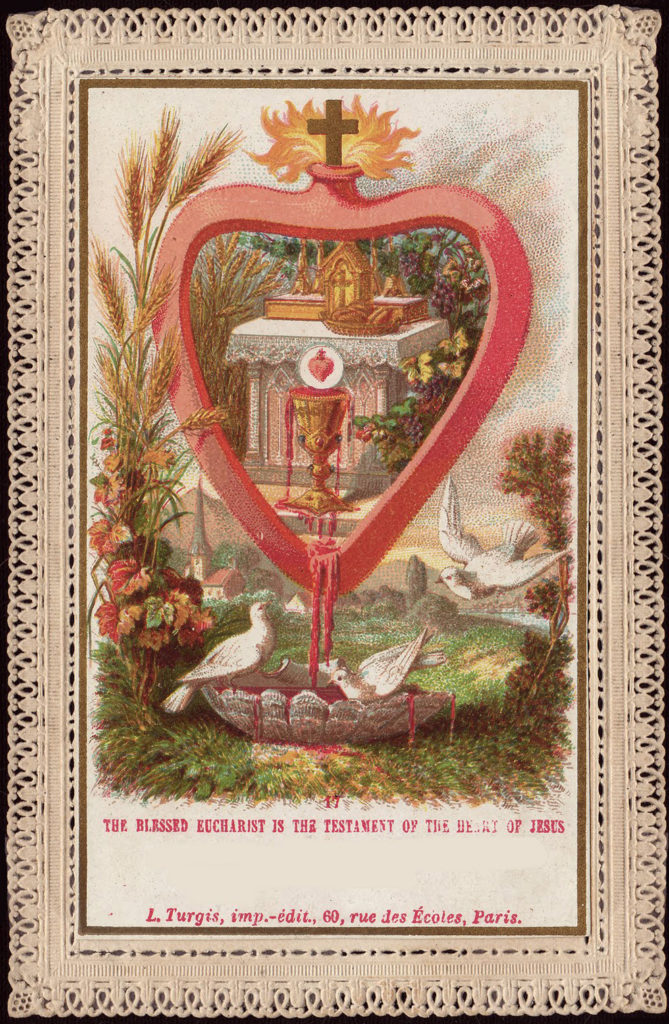