Is it a gift or a curse that I can report on Vatican homoerotica AND some redeeming science thing in the same post?  Ah well. It is what it is.

So yes, I have most definitely seen this year’s Vatican Nativity Scene in St. Peter’s Square, and let me now say what everyone else will only hint at:

THE VATICAN NATIVITY SCENE IS PURE HOMOEROTICA, AND WAS DONE INTENTIONALLY AND WITH FULL MALICE AFORETHOUGHT. 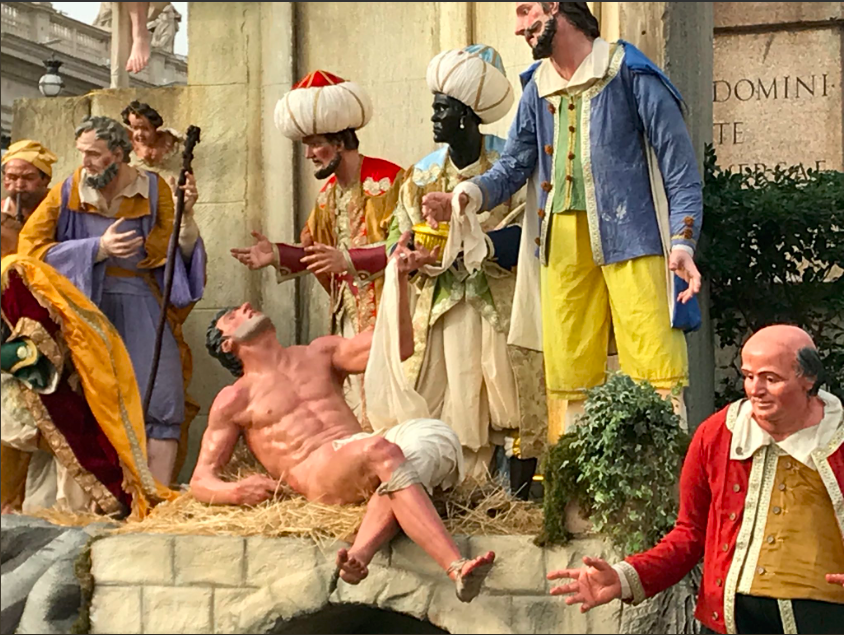 The naked dude with the six-pack is eye candy for all the fags, and pure, malicious, sacrilegious, desacratory homoerotica. Guaranteed.

And it is even worse than you think.  Yes, obviously, the naked gay gym rat placed in the scene under the false pretense of “when I was naked you clothed me” is absolutely, positively, 100% a homoerotic image, what many people are missing, I suspect, is the Star of Bethlehem itself.  In Italy, the star with a “swoosh” is a very common motif of Christmas, but the star always has the swoosh to the right axis, showing that the Star led the Magi from the East toward Bethlehem.  It is catechetical. 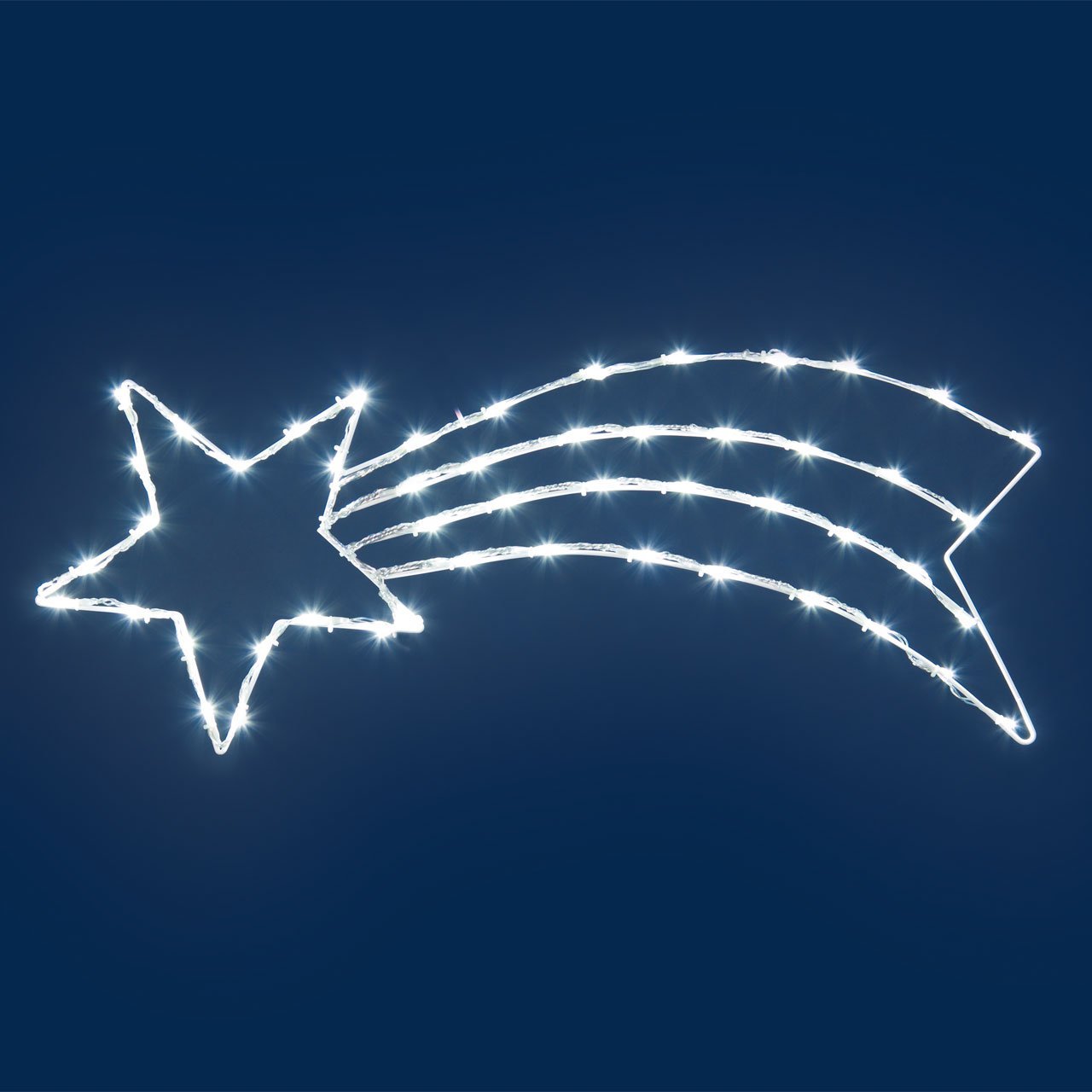 The traditional Italian Star of Bethlehem, with the swoosh towards the east, indicating movement from east to west, leading the Magi to Bethlehem.

Now, note the star of Bethlehem in the Vatican homoerotic scene.  If you are thinking to yourself, “That looks like male genitalia with an erection”, you need not feel guilty, because that is exactly what it is intended to look like. Because these filthy faggots hate God and His Holy Church, and luxuriate in hurting God, and even more, luxuriate in the fact that “even God is powerless to stop them”. 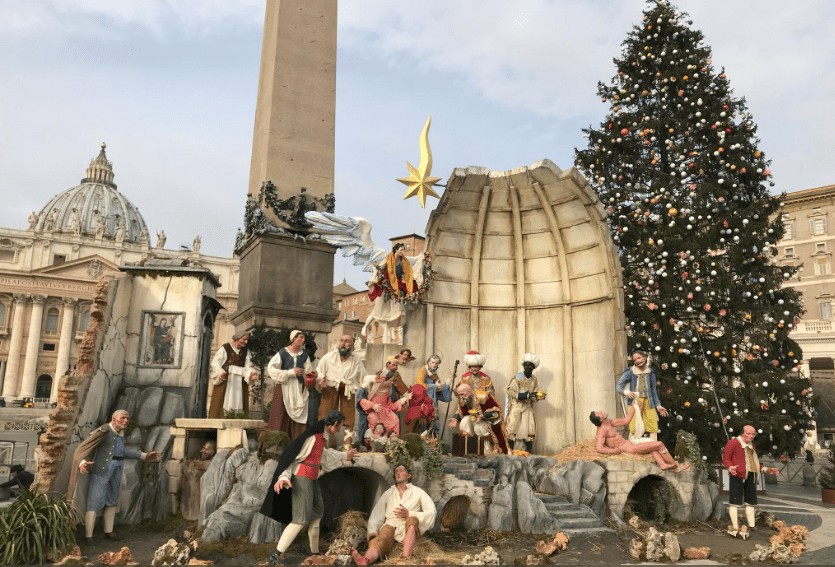 Folks, when I have said in this space so many times over the past 2.5 years that the Vatican is a de facto bath house and that faggot priests, bishops, cardinals, security staff, maintenance staff and Vatican Museum tour guides (!!) are literally using the Vatican and St. Peter’s Basilica itself as a gay sex emporium, I am NOT BEING FACETIOUS.  I am reporting FACTS to you that I have become aware of and had independently confirmed over and over and over again over the past 2.5 years.  The last “intervention” I had about the sacrilegious sodomitical crimes in Rome was less than two weeks ago. One priest in Rome was forced to cancel Sunday Vespers, and became extremely averse to ALL high liturgy in his parish because faggot priests and laymen invaded and started “sending up” the liturgy by competing with each other as to which could sing each verse of the Psalms with an ever-increasing level of “camp”.  And the faggot priests would then sit there and laugh at each other – DURING SUNDAY VESPERS WITH THE BLESSED SACRAMENT REPOSED THERE IN THE TABERNACLE.  The priest was too weak to throw them out, but yet feared that he would be held responsible for their sacrilege.  Sadly, and wrongly, the only option he saw was to cancel everything.  I’m not kidding about this stuff, folks. This is exactly how satan works.  Remember, the serpent is SUBTLE.

The faggots in the Vatican not only did this homoerotic Nativity Scene on purpose, but are LAUGHING THEIR ASSES OFF at all of the “rubes” and “retarded holy rollers” who walk past their attack on Our Lord and Savior Jesus Christ and His Holy Church, and are right now luxuriating in their “untouchability” – so untouchable they believe themselves to be thanks to their leader, Mrs. Gustavo Vera, that they can literally erect (N.P.I.) homoerotica in St. Peter’s Square and no one will say a damn word.

If I come off as extremely angry and bitter, maybe you can better understand why. And maybe you can understand why I would strenuously advise AGAINST tourism in the Vatican or Rome in general. Right now, I would not step foot inside the Vatican if you paid me.  The demonic presence there is real, and unprecedented in all of Christian history.

Okay – something good to offset the evil.

As you all know, I am a big fan of math, science and all of the incredibly cool stuff in the natural world that points to its Creator, and His Infinite Goodness.

Well, I have been enthralled watching videos on YouTube of colorblind people (almost all men), receiving EnChroma glasses and seeing color for the first time in their lives.  Many of these men are reduced to tears within seconds.  I am really shocked at how many of these people have NEVER seen purple, red or green before – EVER – and are absolutely shocked and confused by what they are seeing.  A shocking number of them say when asked what color a given item is, “I have no idea.  I have never seen that before in my life.”

Can you imagine?  Can you imagine, as an adult, seeing COLORS that are completely new and foreign?  What these folks with their EnChroma glasses are showing us is a foretaste of what the Beatific Vision will be like.  In the Beatific Vision, that is to say, inside God Himself, we will all see things that we never imagined, and these delights and beauties will never, ever end.  Every moment will be like what the colorblind people experience in those first seconds of “purple”, “red” and “green”, except massively amplified, and unending.  Remind me to write up my piece on how God contains in Himself infinite, perfected BACON-NESS….

Finally, let me express my profound and evergreen gratitude to all of my benefactors.  I had someone accuse me of setting up the Requiem Mass for the repose of the souls all of the decedents in the world of the previous week out of “vanity” this week.  Am I a fraud?  Well, I will certainly find out at my Particular Judgment, and everyone else will find out at the General Judgment.  But, in the interim, I will continue to have as many Masses as possible in the Venerable and August Gregorian Rite said for both my benefactors and supporters, and Requiems for all of the people who die, and I will trust that Our Lord and Savior Jesus Christ, being Perfect Justice Himself, will see to it that I get exactly what I deserve in light of His Mercy.  If I am a fraud, and if I am legalistically presuming upon His Mercy, aping His sacraments, and receiving the Eucharist sacrilegiously, then I have no doubt whatsoever that I will be condemned to hell.   But, at least all of you will have four Masses per week (as of this writing) said for the salvation of your souls, and every person on the planet who dies will have a Requiem Mass offered for them in the Venerable Rite of Pope St. Pius V, our father in God, the week after they die. So, all will not be lost, even if I am.