“We’ve had enough of exhortations to be silent! Cry out with a hundred thousand tongues. I see that the world is rotten because of silence.”
-St. Catherine of Siena, Doctor of the Church

NEW WORD TO ADD TO THE LEXICON: PSEUDOGAMY

I will be using “Pseudogamy” instead of “gay marriage” or any other form that gives even the slightest whiff of legitimacy to these filthy sodomites aping the sacrament of marriage in their narcissistic, prideful, rebellion against God.  Pseudo means, of course, “not genuine, or sham”, from the Greek meaning “false”.  The root “gamy” means “of or pertaining to marriage and/or fertilization”, also from the Greek.  So, false, sham marriage.  Yep.

Many thanks to you and SuperNerd for so thoroughly addressing my question on yesterday’s podcast. I noted well your comment that the solution to my situation was latent in my question. You have helped me to see that, elucidated many angles to the issue that I hadn’t fully considered, and helped me to realize acutely the stand I must take.

In case you haven’t checked out the Podcast, Mr. B has a sodomite in his extended family, complete with pseudogamous accomplice, and he is literally the only person left in his entire family that has a problem with this grave scandal.  He asked for thoughts and advice.  We had plenty to offer.

I really appreciated the precision Mark Docherty over at NonVeniPacem made about Absolute Certitude, Legal Certitude and Moral Certitude in his post about the invalidity of Pope Benedict XVI Ratzinger’s attempted “partial resignation”, and the Bergoglian Antipapacy.

In particular, it seemed to me that his explanation that with regards to Moral Certitude, the level of proof is actually INVERSE to the gravity of the situation was especially important.  That seems backward when one is first confronted with it, but I thought of an example that might help folks understand the concept.

Let’s say you walk into a kitchen and see a two-year old sitting in front of the kitchen sink with the under cabinet doors open, holding a big plastic bottle with the cap off, getting ready to put the bottle to his mouth and drink.

Do you need to run scientific tests on the content of the bottle before you act?

Do you need to consult with any other human being on the planet before you act, including the child’s parents?

No.  You must act, and you must act IMMEDIATELY. You are morally certain that the child is in grave, grave danger, and thus you are morally obligated to cry out and physically lunge at the child, remove the bottle from his hands, and prevent him from possibly poisoning himself.  This action has a low risk of harm, and a very high probability of doing good.  Even with only the evidence of your eyes, and only the context of the child’s position, and the traditional placing of cleaning chemicals under the kitchen sink, this is MORE than enough to oblige a person to act swiftly and with maximum force.  You WILL get that bottle out of that child’s hands NOW.

Mark your calendars!  Set an alarm!

The Holy and August Sacrifice of the Mass will be offered in the Venerable Gregorian Rite according to the Missal of Pius V for the reversion to the One, Holy, Catholic and Apostolic Church for Mike Pence and Family on THURSDAY, JULY 6, at 5:00PM EASTERN DAYLIGHT TIME.

Please attach yourself to this Mass and pray for the Pence family and for the priest who will be offering the Mass.

Ending on a happy note, I have discovered a delicious, healthy and cheap culinary delight:  Watermelon marinated in Tobasco.  I saw this as a part of a salad/appetizer on a menu recently and said to myself, “That is either completely delicious, or completely nasty, and my Spidey-sense tells me that is it probably delicious.”

This is now a go-to snack, especially in the morning to get the ol’ metabolism fired up.  I recommend buying the BIG BOTTLE of Tobasco at the store. 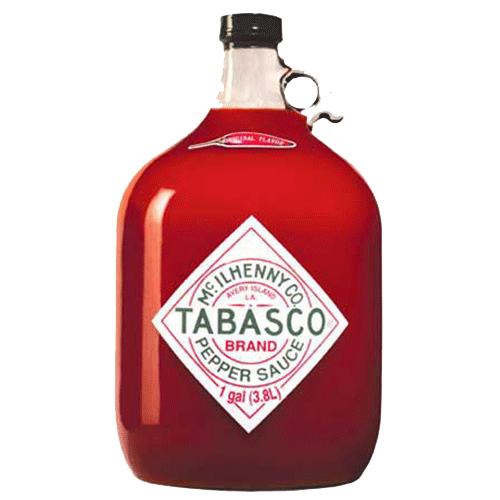