(Happy Trinity Sunday.  This is a repost, with a couple of additions, from several years ago.)

Could you please explain the Trinity? 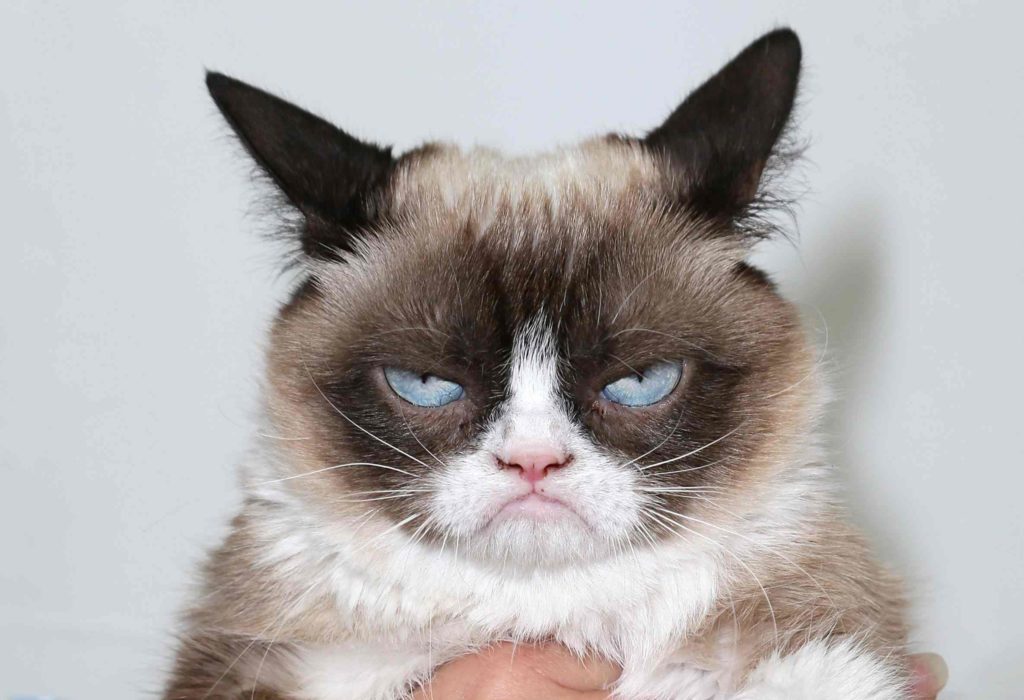 No one can. It is a mystery. And I find this consoling. Frankly, the fact that the Church says straight-out that there are certain things about God Almighty which are simply unable to be comprehended by human beings is a testament to the legitimacy of the Church as a teaching authority. Never trust any human being or group of human beings who claim to “know everything”. Anyone who claims to know everything or have all of the answers is, by definition, a liar right out of the chute, because only God knows everything.

There are several huge mysteries of faith: the Trinity (one God in Three Divine Persons), the Incarnation (Jesus Christ, the Second Person of the aforementioned Triune Godhead, being both fully God and fully man) and the Eucharist (bread and wine being transubstantiated into the physical substance of the Body, Blood, Soul and Divinity of Jesus Christ).

How can God be One in Being, but Father, Son and Holy Ghost? I dunno. It’s a mystery.

How can Jesus be both fully God and fully Man? I dunno. It’s a mystery.

How can something that was bread a few minutes ago, and still looks like bread, and still smells and tastes like bread actually be the Substance of God? And how did that change occur? I dunno. It’s a mystery.

The Torah, or the first five books of the Old Testament, were written by Moses. The entire point of Moses’ life was to bear witness to the fact that there is only ONE GOD. There was absolutely no ambiguity about this. None. But, if we look at literally the FIRST CHAPTER of the book of Genesis, we see something amazing. Verse 26:

“And He said: Let Us make man to Our image and likeness: and let him have dominion over the fishes of the sea, and the fowls of the air, and the beasts, and the whole earth, and every creeping creature that moveth upon the earth.”

Moses spent most of his adult life in interface with (I refuse to use the word “encounter” anymore. It has been rendered utterly trite by those who speak in Modernist, post-Conciliar gibber-babble) and witnessing to The ONE TRUE GOD. And yet Moses can’t get more than a couple hundred words into his written record and he is using PLURAL PRONOUNS – “Us” and “Our” – when quoting the ONE TRUE GOD. SURELY Moses, of all people, wouldn’t make the sloppy mistake of using plural pronouns. SURELY someone around Moses, and for the centuries upon centuries afterward, would say, “Hey! You’ve got plural pronouns here! Shouldn’t we fix that? Afterall, it completely undercuts the whole “GOD IS ONE” thing we are trying to communicate here.”

Nope. Not only did Moses write it that way, but it STAYED that way for all of these centuries. I find Genesis 1:26 to be one of the most compelling proofs of the Divine Inspiration of scripture and of the proactive work of the Holy Ghost in not only revealing truth, but also protecting and maintaining that deposit of revealed truth. Think of all of those centuries before Our Lord’s Incarnation when the Jews COULD have singularized those two little pronouns/verb conjugations – and no one ever did.

One of the most important points about the Triune Godhead is this: God is RELATIONAL to Himself. God is Love – and what is Perfect Love? Perfect Love is the complete giving of one’s self, and Perfect Love is the act of fully RECEIVING and then returning love. Soooo . . . if God is NOT relational to Himself, how could He have existed as Perfect Existential Love “before” the creation of the universe? Whom was He loving? Was He sitting around pondering Himself? How does inward-turned singular “naval gazing” constitute a GIFT of self? What love was He receiving? How could God receive love if He was the only thing that existed?

Again, these are the questions that any thinking person slams up against fairly early in any genuine conversion or reversion experience, and yes, we all SHOULD be asking these questions because we cannot love that which we have not first apprehended with our intellects. And, the more we intellectually apprehend something, the more we can then love it. The asking of questions – whether they be concerning the natural world, other people, or God Himself – is, at its root, an act of love. Remember that the next time you’re in the company of a three year old: “Why? Why? Why?” Beware the man who asks no questions, for that is a man bereft of love.

How could God receive love if He was the only thing that existed? Because God is, in Himself, able to relate to Himself. Christ revealed to us that God is Three Divine Persons, all distinct but yet completely One in Being. Got your head around that? No, of course not. We can’t FULLY grasp that existential reality any more than we can grasp and explicitly describe what a fifth dimension would look like. But Christ did give us names for the Three Persons in Matthew 28:19 so that we could relate a little bit to the Trinity. Those names are: Father, Son and Holy Ghost. The words “Father and Son” are not a perfect analogue because the Father did not exist before the Son, as in the human case. The Three Divine Persons of the Trinity are co-eternal. The best partial-analogy of this is fire. When a match is struck, the flame, the light from the flame and the heat from the flame all coexist concurrently. The flame does not pre-exist the light and the heat, nor does the heat pre-exist the light or the flame. We can grasp this, but what is impossible for the human mind to grasp on this mortal coil (and probably beyond, too) is the eternity of God. No one can explain that. No one can explain or fully comprehend eternity. All we can do is name it, and then get on with living.

So, God the Father gives Himself fully to God the Son. God the Son then fully receives that love, and then returns it to God the Father fully. This infinite back-and-forth of love is so existentially perfect that it yields a Third, which Jesus taught us to call “The Holy Ghost”.

(**Fascinating addition: It has been explained to me by philosophers that ONLY GOD is capable of the “total gift of self” that is the cornerstone of JohnPaul II’s “Theology of the Body”. The reason why “Theology of the Body” is deeply heretical and slides almost instantly into personalist phenomenology (the philosophical school that JPII subscribed to, which denies that objects exist outside of human consciousness of them, and thus that the mind of man is the supreme arbiter of existence… or some absolute bullshit like that.  Yeah.  JPII was one confused dude.  Pray for his soul…) is because it is built on the false premise that a human man can “give himself completely” to his wife, and that the woman can receive “the total gift of self” from her husband and then return it as a “total gift of herself” to him.  WRONG.  A man contributing his DNA, and a woman contributing her DNA is not even remotely close to “a total gift of self”, nor is any unitive byproduct of a marital union even close to “total gift of self”.  No, make no mistake, only THE MOST HOLY TRINITY can do that.  Not even St. Joseph and Our Lady, as much as they loved each other and were united in this world, ever got anywhere close to “total gift of self” because it simply is not possible for human beings to do this.  We cannot “fall through each others’ souls” or anything even remotely close to that.  We can love, and must love, but we cannot delude ourselves into believing that “we are like God” and are able to “make a total gift of self”, and we certainly can’t delude ourselves into thinking, as many, many TOB followers do, that the marital sex act IS THE TOTAL GIFT OF SELF.  It is not, and that’s just sick. This is common sense. But guys, lots of these TOB people actually think this, and use it as justification for sins of the highest gravity, including sacrilegious fornication and even sodomy. Believe me, after the Triumph of the Immaculate Heart, there will be NO MORE “Theology of the Body” on this planet.  So, I would advise going ahead and trashing everything you own that is TOB-based, in anticipation of the Triumph of the Immaculate Heart!) Long story short, TOB places “the unitive good of the spouses” on an equal plane as the procreation and rearing of children, instead of having procreation alone at the top, with the unitive benefits to the spouses as a secondary priority.  This mis-ordering combined with personalism, has led directly to divorce, contraception, abortion, sodomy, transsexualism and whatever damn filthy perversion is next.)

The big human metaphor to all of this is human procreation. A man loves his wife and gives his DNA to her. The wife loves her husband and thus receives his DNA and offers her own DNA in return. The gifts of DNA then becomes a third person (with the essential involvement of God).  But this is obviously only an analogy – it is useful and important, but not an equivalence. Not even close.

Thus, the Triune Godhead is the foundational reality, and human marriage and procreation is the DERIVATIVE, which points back in analogical form to the underlying and infinitely greater reality of the Trinity. This is why marriage, the marital act and procreation are so utterly sacred – even though they are only an analogy, and thus so destructive when perverted, sadly in these dark days with the consent and even cooperation of the very shepherds who should be laying down their lives to protect the sacrosanctity of marriage and sexuality. But, who am I to judge. I need to quit obsessing, and focus on what’s truly important, like youth unemployment and the self-esteem of musloid “migrant children”. But I digress.

And yes, eventually every derivative expires, and upon expiry there is a delivery and the books get settled and squared. That would be “death” and “judgment”. As a (former) futures broker, I like that part. ?

Here is a classic secular song that I have always heard with a Trinitarian ear, “Nature Boy”, best performed by Nat King Cole.

“The greatest thing you’ll ever learn, is just to love, and be loved in return.”