Eastertide was especially busy, as you can imagine, and so I neglected to notify y’all of the April Benefactor Mass, which was on Easter Monday, the 21st of April.  But, it points up the reality that since God is the Actor at Mass, not us, it is not necessary that y’all KNOW that the Holy Sacrifice is being offered for you in order for the graces to flow.  It happened on Easter Monday, and God and all His Angels and Saints knew it, even though you didn’t.

Also, for all of the people who, for various reasons, have decided that they “hate” me, the good news is that once you’re on the “Ann’s Benefactor” list, you can never, ever, ever get off of it.  The list can never shrink.  It can only ever grow.  God knows who you are, and every Mass that is ever offered for “Ann’s Benefactors” until the end of time will include EVERYONE, including the people who discern that I am a horrible, wicked person and cease donations.  It’s like Hotel California.  You can check out any time you like, but you can never leave.  Mwa-ha-ha-ha!

And, since I don’t say it nearly enough, thank you.  I fully understand that your money is a little piece of your life, a little unit of time that you (or someone) had to work for at some point, and so when you give that to me, you are giving me a little piece of yourself.  That’s a big deal.  It’s a really, really, really big deal.  And my gratitude is profound and at the forefront of my mind every day.

I am well settled-in after living “van down by the river” style for a little over a year now.  I forward pay rent (which allows me to sleep well at night), and try to stick to one good meal per day (I lurv food).  My motto around Riverville is, “The safest place for ‘my’ money is on someone else’s balance sheet.  Can I pay in advance?”  While not living like a monk, the standard of living on a material scale has been massively downgraded, while the standard of living on a human scale is so high that I still can’t believe it.  That inverse correlation is no mere coincidence.  I am also keen to turn money into experiences and memories, from quiet dinners at home with friends to the occasional trip to see new places and things.  While I traveled massively during my career, specifically when I was teaching live Cattle Marketing Schools (my course is only available on DVD now – sorry), I never SAW anything except the airport terminal and the hotel lobby and ballroom.  So yeah, I’ve been to Boise and Seattle and Sacramento, but I never SAW anything.  Now, when someone says, “Hey, you wanna go along to Thisandsuchplace?” I generally say, “Yes.  Yes I do.”  Memories of a life fully lived will be a true consolation when the really bad times come.   The following saying has been co-opted and abused by the self-worshiping post-Christian culture in these dark days, but it is still a truism when properly understood:  Gloria Dei est vivens homo.  The glory of God is man fully alive.

Obviously, I’m not there yet, as man can only ever be FULLY alive when he is dwelling inside the Beatific Vision, and I need to do (and not do) much more, but I am trying; working out my salvation in fear and trembling.   Part of that includes what, if anything, is supposed to be going on with regards to this website and my public commentary and actions.  I pray every day at the Libera nos (Deliver us, we beseech Thee, O Lord, from all evils, past, present and to come…) of the Mass that in whatever way I am “the evil”, that God deliver my friends and family, all of you readers, and the world in general from my evil.

And yes, I am still scrubbing porcelain thrones, mopping floors, ironing shirts, and will be on window-washing duty next week, and will love every second of it.

Thanks again to one and all for your munificence, kind support and encouragement and prayers. 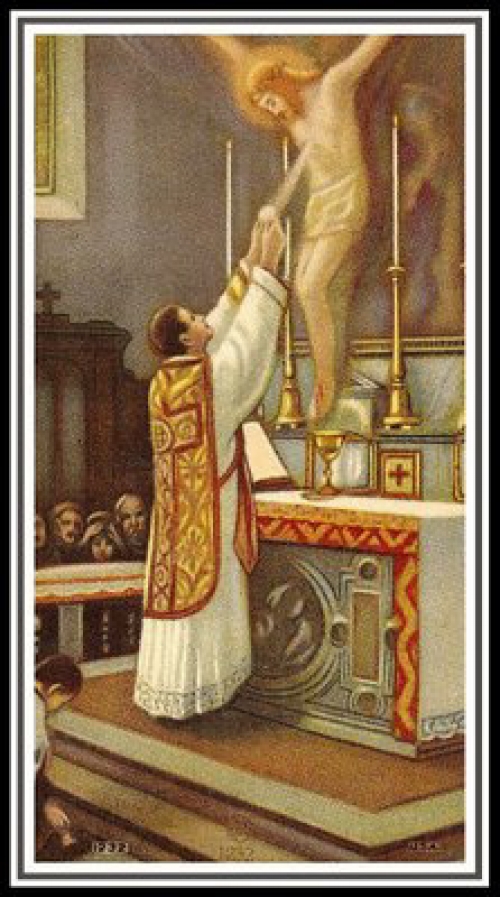 For you, next Tuesday and Thursday.