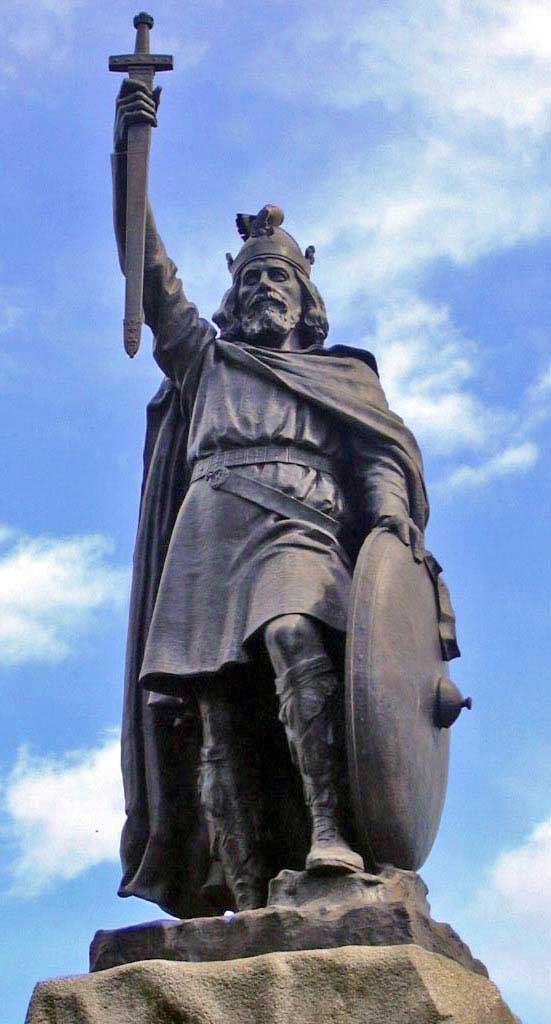 Meet King St. Alfred the Great of England, shown here manfully wielding his ASSAULT WEAPON. He was a devout man who loved and served his people, and also repelled invading pagan hordes. He stressed the importance of education, the rule of law, economic integrity and stability, and a strong military.

He believed, as did other kings in ninth-century England and Francia, that God had entrusted him with the spiritual as well as physical welfare of his people. If the Christian faith fell into ruin in his kingdom, if the clergy were too ignorant to understand the Latin words they butchered in their offices and liturgies, if the ancient monasteries and collegiate churches lay deserted out of indifference, he was answerable before God, as Josiah had been. Alfred’s ultimate responsibility was the pastoral care of his people.

King St. Alfred, pray for us!