(Originally penned and posted six years ago today, 25 January, ARSH 2017. The fact that we are now in the midst of the Great Chastisement for kicking against the goad drives Our Lord’s point home all the more.) 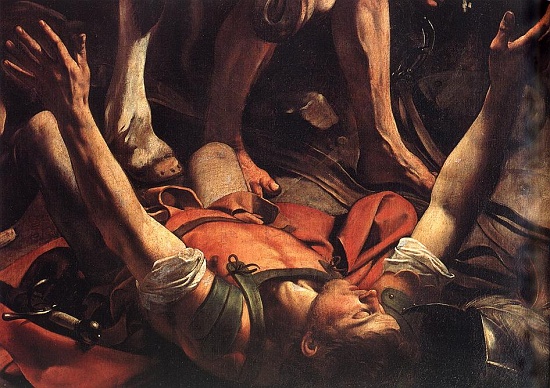 A goad is a type of cattle prod, a stick with a sharp iron tip that was used to drive oxen pulling a plow in antiquity. You might have heard the verb “to goad”, as in, “She goaded her husband into buying her a fur coat.” The way the goad worked, if the ox kicked at it to resist it, it would actually drive further into its flesh.  So, the more the ox tried to resist the prod of its master, the more it suffered. In this saying, Christ is referencing a well-known ancient Greek proverb:

The more we resist the Truth of Jesus Christ and His Holy Church, of which The Law is an integral part, the more we suffer, and the harsher God’s discipline necessarily becomes.

Proverbs 13:15 says, “The way of the unfaithful is hard…” and Proverbs 15:10 says, “Stern discipline awaits him who leaves the path.”

The reason that Antipope Bergoglio is so popular with “the world” is because he ratifies and confirms people in their mortal sin, most particularly those sins relating to the Sixth Commandment, and also because it is very clear that he DOESN’T ACTUALLY BELIEVE ANY OF THAT CATHOLIC “BULLSHIT”, thus ratifying and confirming all of those who are heretics and apostates within The Church, are outside The Church, have left The Church, and atheists.  They falsely believe that Bergoglio is The Vicar of Christ, or at least a legitimate representative of The Church, and that he is finally confirming that the Natural and Divine Law is not only BULLSHIT, but that they will be HAPPIER and their lives EASIER and BETTER if they break it, and he, Bergoglio, is their “all-merciful liberator” from it. What Antipope Bergoglio is trying to do is vilify and suppress the conscience of man such that it is totally silenced and replaced with sensual, material, earthly, effeminate, narcissistic, concupiscent pleasure as the only metric by which man weighs and judges his decisions.