Readers have asked me to revisit this compelling and yet overlooked piece of evidence, which I think might be the single most compelling datum in the whole set of “visible manifestations” of Pope Benedict’s conscious retention of the Petrine Office SUBSEQUENT to his February ARSH 2013 words.  Pope Benedict XVI still gives the Apostolic Blessing, and folks, he does it IN WRITING, when there is absolutely ZERO situational pressure upon him to do so.

Here is the closing of the ARSH 2017 letter from Pope Benedict XVI Ratzinger to an unnamed German Cardinal that leaked a while ago.

“Let us pray, as you did at the end of your letter, that the Lord comes to the rescue of His Church. I bless with MY Apostolic Blessing,

Folks, the Apostolic Blessing is the PAPAL BLESSING. It belongs exclusively to THE POPE, who may then choose to impart it by delegation, but the blessing is the POPE’S.  For Pope Benedict to use the the first person possessive adjective MEINEM/MY is slam-dunk, irrefutable evidence that he absolutely believes himself to be in possession of the Petrine Office to some extent.  His substantial error is that he doesn’t think he is 100% in possession and occupation of the Petrine Office.  He thinks that he has “fundamentally transformed” the Papacy into a “collegial, synodal, shared ministry.” Pope Benedict XVI is WRONG in this, and it is no sin to make this simple observation of objective truth, any more than it would be wrong to correct him in an error of arithmetic, grammar, or geography. Pope Benedict XVI Ratzinger, whether he likes it or not, is in TOTAL AND EXCLUSIVE POSSESSION OF THE VICARIATE OF CHRIST, and has been thus since April of ARSH 2005. “Pope Francis” is a fiction – a complete nullity, a criminal Freemasonic usurpation.

“I bless with MY Apostolic Blessing.”

And then signed with his Papal name.

But I’m the crazy one, and the Barnhardt Thesis is nothing more than the uneducated rantings of a “dippy” “convert”.

Pope Benedict XVI Ratzinger, whether he likes it or not, is the one and only living and reigning Pope, having invalidly attempted to “partially resign” the Papacy these nine years ago.  The Papacy can not be bifurcated nor fundamentally transformed into a “collegial, synodal office” by anyone, including the Pope himself, because the Papacy was established by Our Lord and Savior Jesus Christ Himself and is thus IMMUTABLE.  For a Pope to attempt such in a resignation of only the administrative/governance component of the Petrine Office, but NOT the Office in toto would render such resignation invalid per the “substantial error” clause in Canon 188, forcefully affirmed by Canon 332.2 which demands that the Roman Pontiff, if he should resign, resign the OFFICE (muneri), not merely a ministerial component or components of said Office.

I would, at this point, bless you all with my Apostolic Blessing, but I can’t, because I’M NOT THE POPE.

So, I’ll just wish you a very good day, and assure one and all of my continued prayers.

This time to Cardinal Sarah, per ++Sarah’s request.

(According to your request, I impart MY Apostolic Blessing to you, your staff, and to those you care about.

Yours in the Lord, 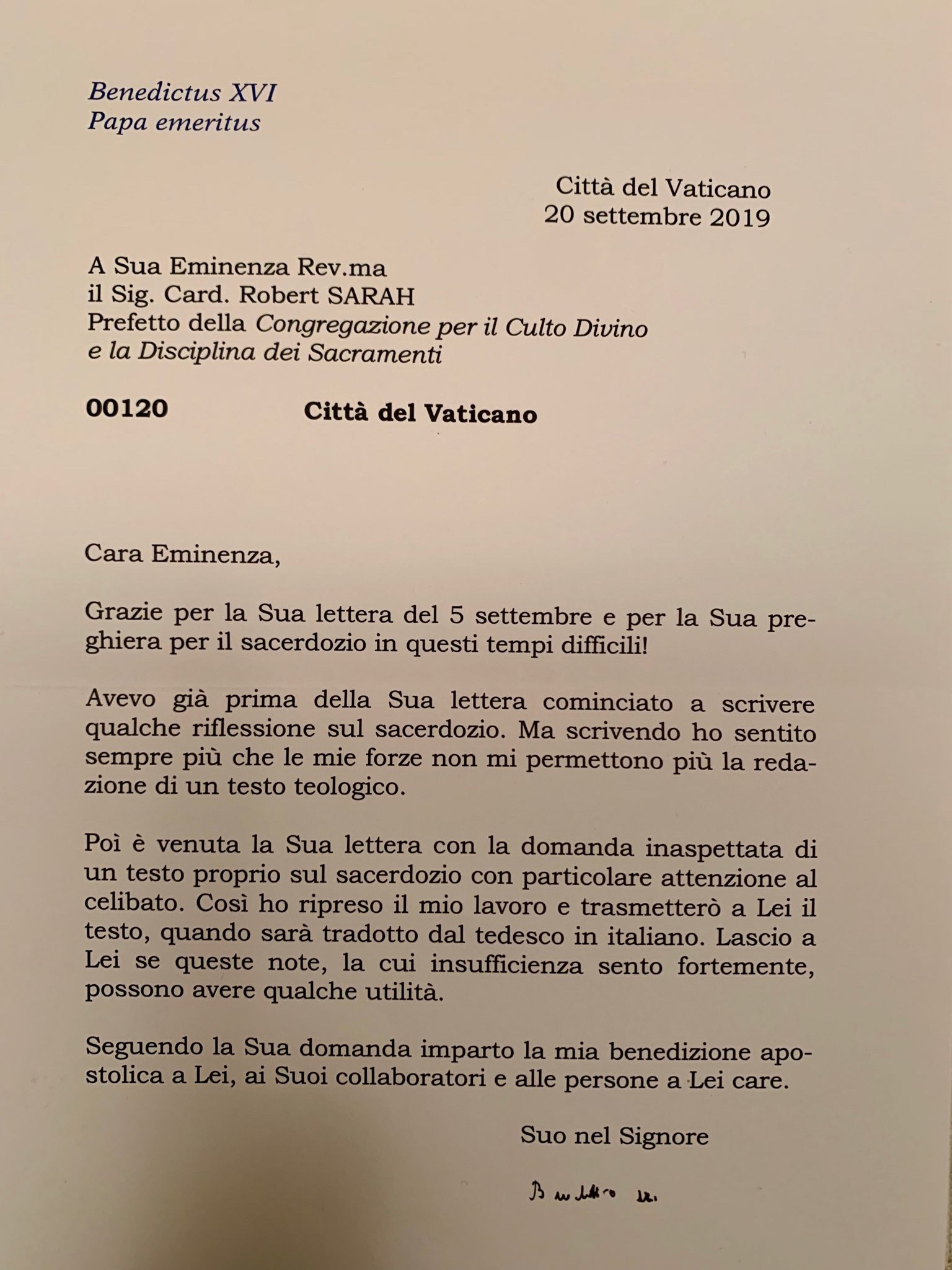