A very good question regarding something I said in part 7 of the YouTube economic presentation, beginning at 16:15:

Ann,
How do you reconcile your statement that anything regarding charity to the poor not grounded in mathematics is satanic in light of the miracle of the loaves and the fishes?

First, the miracle of the multiplication of the loaves and fishes is contained in all four gospels: Matthew 14, Mark 6, Luke 9, and John 6. John is very specific in terms of the source quantities, stating that Jesus fed 5000 people with five loaves of bread and two fishes. As people took from the baskets the quantity inside the baskets never diminished. This was a miracle, plain and simple.

A fun aside for any physics buffs is to debate whether or not God observed the law of Conservation of Mass in this miracle. Did He synthesize entirely new mass in order to continually replenish the baskets, or did he “”harvest”” mass from elsewhere in the universe? OR did he transform energy into matter per Einstein’s theory of Relativity?

Miracles are actions that God takes that break the natural law in order to make manifest His power and love. Miracles are God’s way of reminding us that He is God, that the universe and everything in it is His, and that WE ARE NOT GOD and would do well to never, ever, ever forget it.

And that is PRECISELY the point. The Marxist-totalitarian milieu is making the claim that it too can ”miraculously” break the natural laws of physics and mathematics and provide infinite quantites of physical goods and service commodities. In short, the state is claiming that it is God’s equal, that it can ”feed the multitudes” with no respect to the natural law or the laws of mathematics and physics just as Christ did, and that it is thus to be worshiped as ”god”.

Now mind you, the oligarchs know full well that they cannot deliver on these promises any more than they could actually feed 5000 people with five loaves and two fishes. They have no intention of delivering, and could not care any less about the people they are claiming to “help” with their promised “charity”. Their only intention is to use the lie of the promise of a miraculous distribution of goods and services in order attract and engender loyalty and worship from the masses, and then to seize total power when the masses are starving and cannot escape.

What is so sickening is that the Bishops and Cardinals of the Church are so thoroughly Marxist today due to the Communist-homosexualist infiltration begun after WWII, so breathtakingly stupid and contra-educated, and so heretical that they worship the state as “god” and view themselves as partners with satan in his lying promises of infinite amounts of free stuff from the government-god, and will do ANYTHING to maintain their earthly power, social status and their billion-dollar bond portfolios.

Only God is God. Only God can suspend the natural laws of mathematics and physics.

The State is not God. The State has no supernatural power whatsoever and is thus completely constrained by the laws of mathematics and physics. When the State claims otherwise, when the State claims and promises that it too can multiply the loaves and the fishes (if the masses will only bow down and worship the State first, of course), it is satanic and must be resisted and fought with every fiber of one’s being.

God always performs the miracle first, then invites us to worship Him, and delivers heaven.

Satan, through the State, demands the worship first, promising miracles as a reward for the worship, and then delivers nothing but hell. 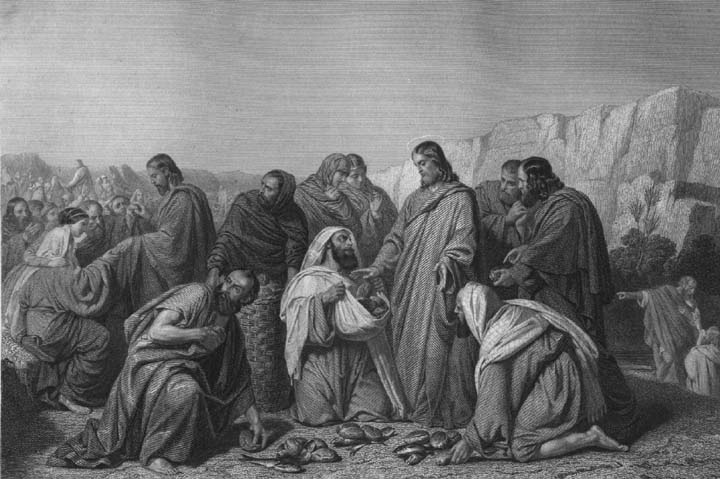