A reminder of a beautiful detail from the Resurrection is the significance of the “napkin” that wrapped Our Lord’s head in the tomb.

Then cometh Simon Peter, following him, and went into the sepulchre, and saw the linen cloths lying, and the napkin that had been about His head, not lying with the linen cloths, but apart, wrapped up into one place.
John 20: 6-7

Over the transom came an explanation that a reader heard in a homily:

It was Jewish custom in the relation between master and slave that the dinner table was prepared with a cloth that was to be used as a napkin of sorts, sitting by the other utensils. After dinner, if the master was finished with his meal he would wipe his hands and face, and then crumble up the cloth and leave it near the plate. This was the signal to the slave that the master was finished and had left the dining area.  If however, he folded the cloth and left it a bit farther away from the plate, it indicated he would be returning to finish his meal.

We see this today in table etiquette, particularly when eating in a fancier restaurant.  If one gets up mid-meal, the convention is to either fold the napkin and leave it beside the plate, or to leave it upon the cushion of the seat.  This signals the waitstaff that the guest will be returning, and in more elegant restaurants, if the napkin is left on the chair, the waitstaff will re-fold and place the napkin on the table awaiting the return of the guest, or replace the napkin entirely.  When one gets up to leave, the napkin is left crumpled on the table.

This neat folding of the “napkin” indicating the Return of the Master is echoed in the Mass, of course, when the priest replaces the folded Corporal into the burse.  Interestingly, the Pall (the small starched square of linen which covers the Chalice) represents the stone that sealed the tomb. 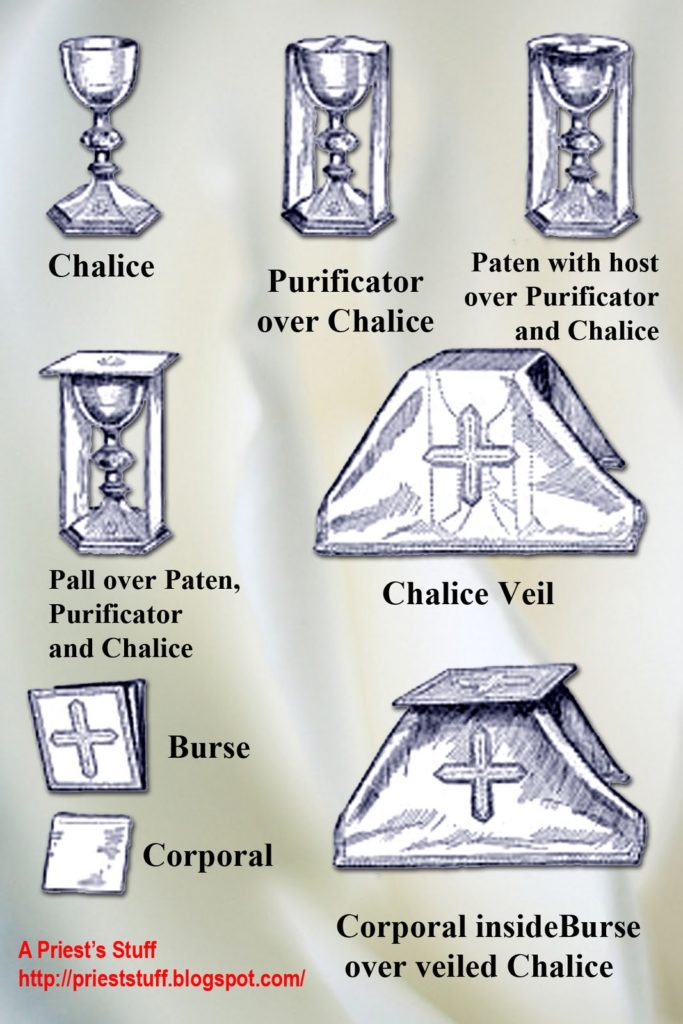