Many years ago now, I went to Rome.  At the tail-end of my time there, I had the only experience in my entire life, to date, that I consider to have been a likely encounter with the preternatural.  I knew immediately after this happened that I must never step foot inside St. Peter’s Basilica again (not that it is even possible now) until the Basilica is exorcized and reconsecrated because I glimpsed, years ago, before I realized Benedict is Pope, years before the Pachamama demon worship, that St. Peter’s Basilica is likely a hell mouth, and that satan and the demons abide there, and manifest. I have told just a handful of people about this over the years.

I share this occurrence after these many years today because this morning was the first morning that the morning Masses were “suppressed” – quite illegally, according to Cardinal Burke – in St. Peter’s Basilica.  I want to put out a possibility for all of the people around the world who are mortified, angry and even scandalized by this that is certainly a different take than I have seen from any other quarters.

Here is the story:

I had a last-minute super-casual late lunch appointment (stand-up pizza, it doesn’t get more informal than that) in the neighborhood beside the Vatican, the Borgo Pio. After lunch, it occurred to me that since I was so close to St. Peter’s, I could pop in and go to confession, as there are always English-speaking priests on duty there.  The confessors at St. Peter’s return from lunch at 4:00pm, and it was about 3:30pm, so I went and sat with Our Lord in the Adoration Chapel inside St. Peter’s to pray the Rosary and pray my before-Confession prayers.

At 4:00pm, I went to the barricade and was the first in line of less than a handful when the confessors appeared and entered the confessional boxes.  An attendant came and moved the barrier aside, I asked which confessional had an English-speaking priest and the attendant pointed to a box to my right.  I entered the confessional, knelt down, made my confession (which was nothing this priest hadn’t heard thousands of times, and certainly nothing to do with any Church politics or the identity of the Vicar of Christ because this was towards the beginning of Bergoglian Antipapacy, and I hadn’t yet realized that Pope Benedict’s resignation was invalid).  When I finished my confession, there was silence.  Nothing.  I said, “Father, that is my confession.”  Nothing.  “FATHER?” I peered through the grate trying to see if I could see anything, and I could see the priest, and that he was awake, and sitting up straight, so he hadn’t fallen asleep or been stricken.  I said, “FATHER? Are you going to give me absolution?” The priest then turned and put his face close to the grate and HISSED, “Why don’t you go home and KILL YOURSELF.”

Obviously shocked and completely taken aback, I said something like, “What?” but then immediately realized that I needed to get out of there PRONTO.  I leapt up and jogged away, stopping beside an empty confessional beside the entrance barrier to the confessional area.  A custodian of the Basilica, a skilled layman professional called a “Sanpietrini” saw this happen and came over to me.  He was Italian but spoke good English.  He thought that I had gotten sick and perhaps vomited behind the confessional that I was standing next to (not an unheard-of occurrence in a major tourist attraction like St. Peter’s) and asked if I was okay and if I had thrown up.  I told him no, and then told him immediately that the priest in THAT confessional (as I pointed) had told me to go home and kill myself.

Now here’s where it gets REALLY scary.  The Sanpietrini didn’t even flinch when I said that, and then took a deep sighing breath and said, “Yes, we get complaints.”  He CLEARLY had heard of this happening before, more than once.  I told the Sanpietrini that we needed to notify someone immediately, and asked who should we tell, and he replied, completely resigned, “No. There’s nothing you can do. Nobody cares.”

So, I have known that St. Peter’s Basilica is a hell mouth with demonic presence and manifestation for many years now.  Let me repeat WHY I suspect this has been the case for many years, far predating Antipope Bergoglio, Pachamama and all the rest.  Ever since ARSH 1970 when Pope Paul VI installed the flaming, flamboyant sodomite Virgilio Noè, sacreligious gay codename mocking the Blessed Virgin Mary, “La Virginella”, “the little (female) virgin”, as the Master of Ceremonies of St. Peter’s Basilica, essentially running the sacristy, and then eventually Archpriest of the Basilica, the sacristy of St. Peter’s Basilica has operated as a functional gay bathhouse.  Prelates, clerics, seminarians and laymen, most especially the career male TOUR GUIDES in the Vatican Museums and the Basilica who are majority homosexual, and some of the laymen staff inside the Vatican and Basilica, have made the entire complex into a big gay village, with St. Peter’s Basilica being a prime location for sodomitical meet-ups and hook-ups.

What even predates Virgilio Noè is what Malachi Martin recorded in the opening chapter of Windswept House: the ceremonial enthronement of satan in the Vatican a decade earlier, which was done not in St. Peter’s, but in the Pauline Chapel, which is just beside the Sistine Chapel, just a few yards away.

Our Lord has had enough of this, and I have been praying for YEARS for Him to do whatever it takes to make it stop.  WHAT. EVER. IT. TAKES. Because I am personally convinced that satan and the demons occupy the Petrine Basilica. And this situation simply CANNOT go on.

The total cessation of tourism due to the CoronaScam has gone a long way towards this.  It has at least cleared the coven of sodomite tour guides out.  But, now we have the Pachamama demon worship by Antipope Bergoglio also in play.  Here is what I suspect MAY be going on.  Bear in mind, I don’t KNOW, but I can see the possibility of the Divine Providence’s reason for getting the morning private Mass priests and faithful out of the Basilica because St. Peter’s is going to be physically destroyed somehow. This could be due to natural disaster like an earthquake, or it could be due to an act of war or terrorism, or it could be a supernatural smiting.  I could totally see the Divine Providence getting as many people out of harm’s way before any of these possible destructive events happening.  I also suspect that this is why the Divine Providence allowed the relics of St. Peter to be sent to the schismatic Eastern Orthodox in Constantinople several years ago, and also possibly why relics of Our Lord’s crib-manger were allowed to be sent to Bethlehem.

To keep at least some important relics out of harm’s way.

When I see these things happening, the first thing that pops into my mind is Isaiah 55: 8-9…

Having attained forty-four years, it is impossible for me to not understand by now that things that APPEAR bad in the moment are very often revealed to be essential, loving arrangements of the Divine Providence.

My advice to priests that want to say their private morning Mass in Rome in the Venerable Rite of Pius V is to go to one of the several TLM-equipped and friendly churches in the City Center.  Even a relatively small neighborhood church has TEN working altars (high altar, two transept altars, six chapels in the nave, plus an altar in the sacristy.) Tiny churches in Rome generally have at least FIVE altars (high altar plus four in the nave).

If I were a priest, given the information above, I would take the hint from Our Lord and say Mass elsewhere and leave St. Peter’s Basilica in resigned detachment, and pray that we all live to see the day when the Basilica is either exorcized and reconsecrated, or… rebuilt.

Pray for Pope Benedict XVI, the one and only living Vicar of Christ since April ARSH 2005, the Papacy, and Holy Mother Church, the spotless and undefiled Bride of Christ, outside of which there is no salvation. 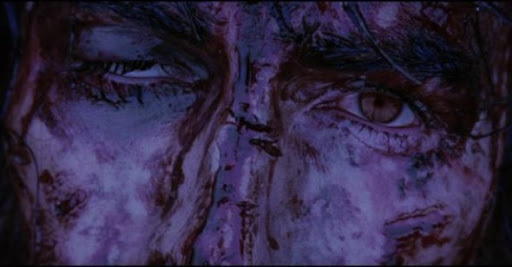 Do whatever You need to do. Our hearts are ready.