Happy Feast of the Epiphany! Might one even wish you a Spiffany Epiphany!

This is one of my favorite paintings, and today is the feast of its depiction: the Epiphany, or Adoration of the Magi.  This painting makes me smile every time I see it.  I love the depiction of Our Lady because she is so very beautiful. (Sometimes the Blessed Virgin in paintings is depicted as… maybe not what I would consider jaw-droppingly gorgeous – but in this painting she is.) But the Star of this Show is the Baby Jesus – and His Big Toe. 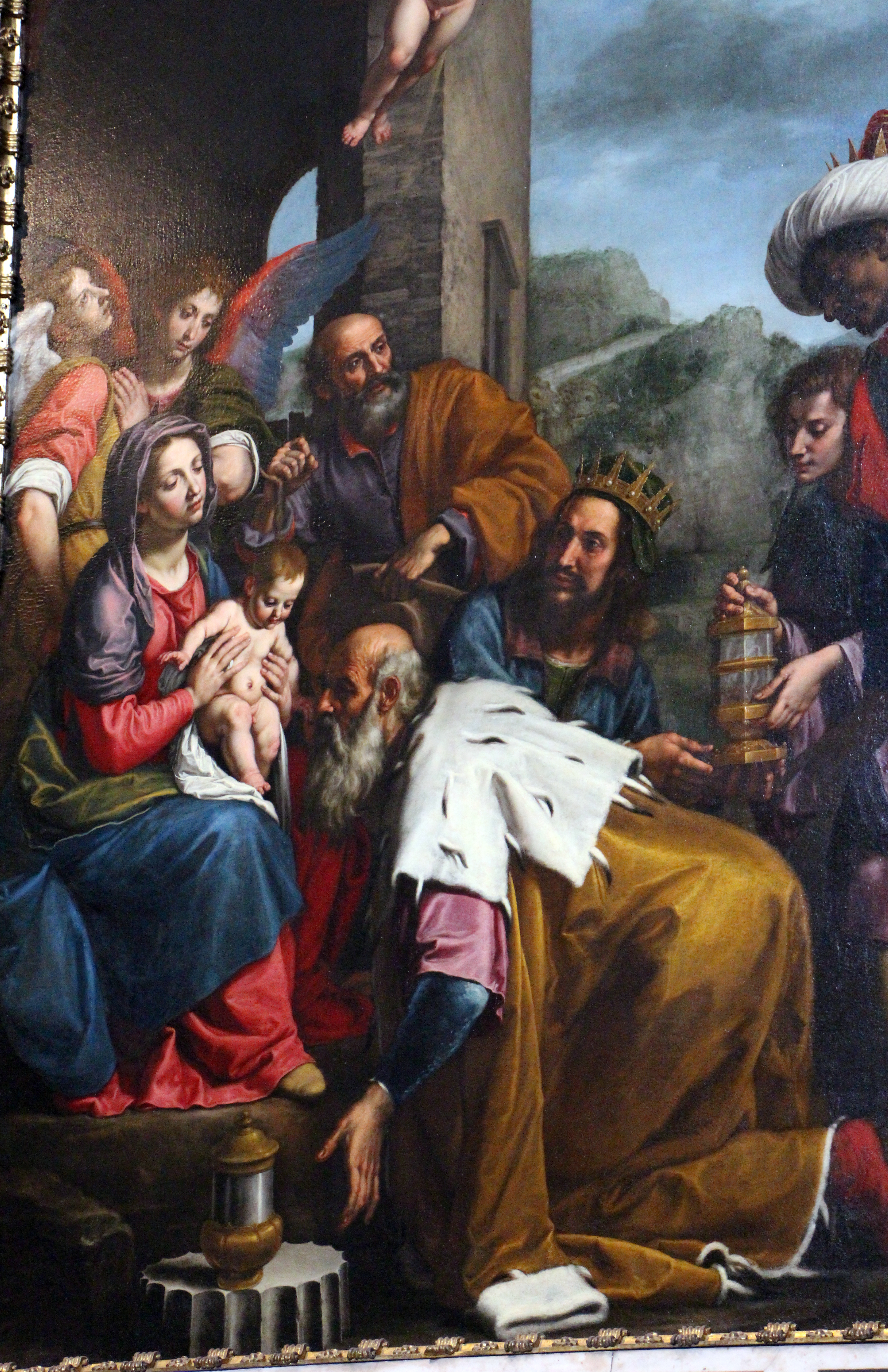 We have been discussing over the past few days the infinite HUGENESS of God, using galaxies and galactic clusters as metaphors for His infinite bigness and our infantesimal smallness.  I am reminded of something Our Lord said to St. Catherine of Siena, to whom, let us not forget, He was MYSTICALLY ESPOUSED.  Listen to His words to His beloved Catherine:

And that brings us back to the Tiny Wiggling Toe. It is precisely through these infinite juxtapositions that we draw closer to God in our contemplation of Him.  The selfsame God that created and sustains the galaxies, galactic clusters and the entire universe is also the cooing Baby wiggling His Big Toe at the Magi crawling on the ground to kiss It.  Without the Majesty of the Bigness, you can’t appreciate the Humility of the Smallness, and without the Condescension of the Smallness, you can’t appreciate the incomprehensible Love of the Bigness.

And likewise, without the filial fear of breaking Our Lord’s Heart, one can very easily cast aside the fact that He is, in fact, the Fearsome and Terrible Judge and He can turn into the horrific cartoon character “Jesus my Boyfriend”, or even worse, “Jesus my pet Golden Retriever”. People with no healthy servile fear of the Lord are called “cheap grace” Protestants, or just universal salvationists.