I have received emails from very well-meaning guys and had conversations with various law enforcement and military fellows about civilian combat tactics, both in a general context AND as they apply to me directly given my situation. While I always appreciate expert advice and soak it up as much as I can, I have been struck by one commonality that I have heard and vigorously disagree with. I have been told over and over again that the first thing one must do when a close-quarter combat theater unfolds is to seek cover.

I’m sorry, but that is wrong. And yes, I realize that I am directly contradicting the near-unanimous advice of men who have training and experience that I lack. I realize that, but I still must disagree. If I EVER encounter a gunman or gunmen situation as we saw yesterday* in Norway, or as in the Giffords shooter in Arizona, or as in musloid Mumbai-syle attacks I will NOT seek cover. The “seek cover” tactic completely hems YOU in and basically demands that the gunman move into a position such that YOU have a shot on him, but he doesn’t have a shot on you. Guys, that’s never going to happen.  And it is completely chickens***.

Any adult, male or female, with any degree of physical capability, regardless of armament, upon seeing a shooter should immediately RUN AT THE S.O.B. as hard and as fast as possible. If you have a gun, you draw it and start shooting as soon as you can. If you have a knife, draw it and brandish it and then go for the face and neck as soon as you are in range. If you are unarmed you can still tackle him and beat him into submission or death, if necessary, or gouge his eyes out (ladies).

At this point, most everyone in this culture would say, “That’s crazy! I’m not doing that! I’d just get shot!”

When crazed gunmen start shooting in public places, people tend to get killed. But there are two variables that can be modified: WHO gets killed and HOW MANY people get killed. I remember hearing Dennis Miller speak very poignantly about the Virginia Tech massacre shortly after it happened in 2007. One of the dead was an elderly professor, Dr. Liviu Librescu, who was a Holocaust survivor. When the gunman appeared at his classroom door, Dr. Librescu ran straight toward him and forced the classroom door shut and held it shut while the shooter tried to force entrance. This bought time for the students to escape through the window. The gunman eventually killed Dr. Librescu by shooting him through the door. All but one of Dr. Librescu’s students escaped. The point Dennis Miller made was that Dr. Librescu, when he saw the evil standing in the door – which he had seen before six decades earlier and thus recognized – didn’t run AWAY from the evil, he ran STRAIGHT AT IT.

Our culture with its new god of “self esteem” has destroyed the average person’s sense of courage and self-sacrifice. There is no virility, and certainly no potency.  While our fighting men in the military still have plenty of bravery, their pants-pissing, self-esteem [email protected]$$ generals refuse to let anyone fight because “someone might get hurt”. And so, our soldiers have to sit and watch as the enemy moves free and uncontested, and then our boys get killed as a result of that enemy freedom of movement. We should be bumrushing the S.O.B.’s with everything we have, from nukes to bayonets, if needed. Speaking of bayonets, did you know that the U.S. military has removed bayonet training from basic training? Apparently it was too aggressive, or some bee-ess like that. Nevermind that a bayonet charge is still an incredibly effective tactic which was last used by a squad of Brits in Iraq who were ambushed, pinned down and outnumbered 5:1. They fixed bayonets, charged, killed 35 of the 100 Iraqi rebels, and sent the remainder running with the contents of their bowels evacuated. The Brits suffered three very minor wounds. If they had used contemporary Western sissy self-esteem “I might get hurt” combat tactics, they would have been shot dead to the last man.

This is also what happened at Columbine High School. The SWAT Team sat outside the school while the killers roamed free because the SWAT Team was trained to not engage if they could potentially get killed. So, they sat and waited for Harris or Klebold to step in front of a window and give them a clean, “safe” shot or some such. The only reason Columbine ended was because the two shooters shot themselves. They were granted 100% situational control to the very end by the SWAT Team.

In Norway*, even if there were two gunmen (they’re still not sure), the gunmen were outnumbered something like 200:1. The adults and older boys (I think it was a group of teenagers) could have rushed the gunmen. Would people have been killed? Absolutely – but not the 85 that were killed. A gunman can’t kill everyone if being rushed by dozens of people. Numbers WILL break through.

And here’s the tough part for most people. Let’s say that I rush a gunman. In the time it takes the gunman to see me rushing him, aim, fire and drop me, other people have advanced four or five steps closer to him. Each person he has to kill buys the other people four or five steps. This is war, writ small. What do you think D-Day was? Eisenhower knew that the Nazi machine gunners would mow down thousands of troops – but both Eisenhower and the soldiers themselves knew that the Nazis couldn’t kill all of them. Zero casualties was never the objective. The objective was victory, and those two things are NOT the same, and sometimes they are exact opposites. If you want zero casualties, surrender.

In our culture, not only has the notion of self-sacrifice unto death been completely lost, but people have been taught that they are personally “God’s gift to the world” and that their life is the single most important thing that there is, ever has been and ever will be. People have such an inflated sense of their own importance that they simply cannot fathom that perhaps their ultimate “purpose” on this earth might be to buy 2.3 seconds of time so that someone else can advance on a gunman, ultimately saving numerous lives. This ties directly to the fact that pretty much no one believes in the first paragraph of the Catechism: Q: Why do I exist? A: I exist to know, love and serve God in this world, and BE HAPPY WITH HIM FOREVER IN THE NEXT.

What people fail to understand is that the life of freedom and decadent prosperity that they now enjoy was bought and paid for by millions of men who ran into gunfire, bayonets, canon fire and swords over the centuries so that the cause of righteousness could advance. Do you like being a free person who can sit and read whatever you want on this thing called the internet? (For now…) Are you glad that you are Christian and not musloid? Thank the long dead and individually forgotten men who fought at Vienna, Lepanto and Tours. If it weren’t for them, you either wouldn’t exist, or you would exist and be a musloid. They died not just for their immediate families, but also for YOU. I’m sure many an evening campfire throughout the centuries heard soldiers ask the question, “I wonder what the world will be like in the year 2000?” Our lives are the answer to their question, and sadly we have almost completely pissed all of it away.

The problem today is that people are so monstrously narcissistic that they are incapable of viewing themselves as anything other than the sole beneficiary and culmination of history, when in fact we are all just bricks in the road of time that stretches on in front of us. Everyone has been taught that every single person is born for earthly glory, fame and riches, and anything that falls short of that just CAN’T be right and certainly can’t be God’s will. I have had, on more than one occasion, Christian people say to me with a completely straight face, “What purpose can a person serve and what good can they do if they’re dead?”

Oh, none. There is no example of death serving a greater purpose. Especially in Christianity.  Not-a-one.  Sigh. 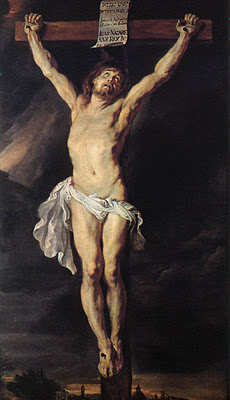 The amount of damage that the infiltration of the Church and the resulting Novus Ordo effiminized “church of nice” paradigm, and Super-fun Rockband entertainme-church (™) has done to this culture can not be overstated. And you wonder why I rail about these things like I do.

When the devil shows up on your doorstep, you fix and raise your bayonet and run at him as hard as you can, precisely for the love of God and for the love of your fellow men, and leave the rest to God.

And now the cat video.  The cat just runs at the dog as hard as it possibly can.  Bravo, cat.