If ever there was a 16 year old who needed a car, it was me. I was taking 12 hours of college classes and working 30 hours per week, with half of those hours in a town 25 miles away. If you’re wondering why I wasn’t in high school, it is because I dropped out at 15 after watching gang bangers pull pistols on each other in the hall, three girls being raped in quick succession by said gang bangers, and finally a gang banger in my study hall looked at me and saying in full voice within eight feet of the teacher, “Girl, you uptight. You need a good f***.” Given those events coupled with the fact that I hadn’t actually learned anything in years, I determined that Leavenworth High School would no longer be burdened with my presence. So yes, even as a tender child, I had balls like church bells and was a fearless, aggressive decision-maker. Deo gratias.

Anyway, my father bought a 1978 Chrysler Cordoba for my use in February of 1993 for $1300. And, like all of us poor things produced in the United States in the late 1970s, it was a real piece of crap. It had the 400 cubic inch V-8 with a 4-barrel carburetor. Oh, the carburetor. It had a dead spot in it such that it wouldn’t idle and upon acceleration from a stop would give you just enough power to get you exactly in the middle of the intersection or sitting perfectly astride the train tracks before coughing and dying. I’m pretty sure I pushed that car farther than I actually drove it. As a remedy, we installed a manual choke, but the car was so physically huge and the choke knob was so far under the dash that I literally had to duck my head completely under the dash to reach the choke. Thus, many an old lady was horrified by the yellow Chrysler next to them at a stoplight with huge truck tires on the rear, being powerbraked to 3000 RPM (no joke) with no visible driver. That car built character.

My favorite car that I have owned was a black 2002 Pontiac SLP Firehawk convertible. That was a running beast with a suspension that would squat into turns like a Maserati. The Firehawk package came with a freer-flowing exhaust that produced one of the most satisfying sounds on the planet. I. MISS. THAT. CAR. I sold it in 2005 to help finance the start-up of Barnhardt Capital Management.

Here are pictures of roughly what these two cars of mine looked like, although these are not MY cars, just pictures off the internet of similar cars. 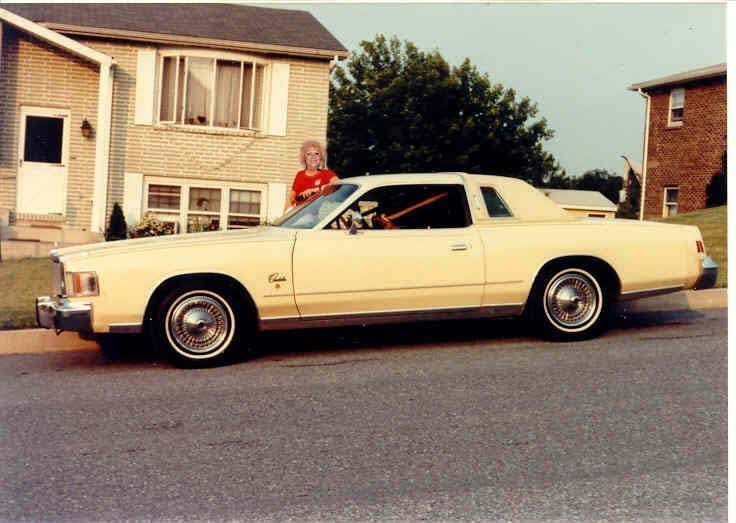 My Cordoba looked like this except without hubcaps and with massive truck tires on the rear. Haters gonna hate. Players gonna roll… 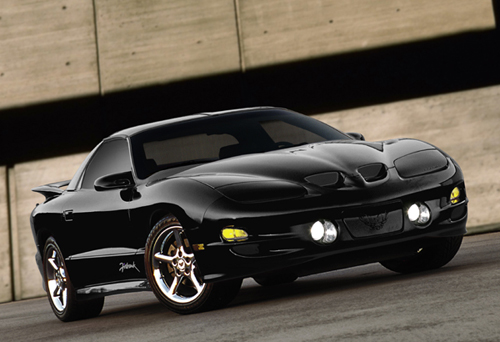 My Firehawk looked like this except even better because my Firehawk was a ragtop. It was a truly gorgeous vehicle.

The reason I’m dragging you on this walk down automotive memory lane is because nothing explains the concept of Christian prayer quite like this MOPAR-to-GM-F-Body comparison.

Prayer is the fuel. Our souls are the powertrain. The objective and purpose in life is converting the fuel into motion by running it through the powertrain. Thus, prayer is not the end unto itself. Prayer is the means of moving toward the end, which is eternal life in heaven or damnation. We will be judged based upon the route we take. Did we do the right thing and take that left turn at Albuquerque?

I am like the ’78 Cordoba. Spiritually, I am a rolling piece of crap with a dead spot in my carburetor. Your soul, gentle reader, is more like the 2002 Firehawk. Never misses. Never dies. Beautiful.

But here is the difference, and I think that this explains why so many people are just sitting and watching as everything goes to hell. People have been taught that prayer is the OBJECTIVE of the Christian walk, and not the FUEL. And so we hear people say, “Oh, we’re not supposed to concern ourselves with earthly matters. We are supposed to withdraw from the world and pray.”

This is like a 2002 Firehawk with a full tank of gas being started and having the throttle mashed and held to the floor without ever being put in gear. Ever. What is the point of a car? Why was it built? What is the purpose of its existence? MOVEMENT. ACTION. That’s why it has a transmission, a driveshaft, an axle, wheels and tires. The true measure of a car is not revving out of gear. The true measure is its performance in motion. Acceleration, braking, cornering, cruising, outrunning the PoPo and the Revenuers.

Our Lord’s great commissions to us are earthly ACTIONS. DO THIS in memory of Me. GO and MAKE disciples of all nations. LOVE one another as I have loved you. It is our ACTIONS on this earth that will be the basis of our judgment. Hence, it is completely illogical to argue that nothing that happens on this earth or how we engage it matters. Of course it matters. What we DO will determine whether we end up in heaven or hell. Prayer is the spiritual fuel that enables and fortifies the person to GO and DO the right. This is why Jesus commanded the disciples to “watch and pray” in the Garden. He knew they were about to be tested and would have massive, terrible decisions to make as His passion and death unfolded. As it turned out, instead of praying, they fell asleep, and as a result, all of them except John bugged out, and Peter denied Him. No gas in the tank. I would guess that all of the women spent that evening in prayer with the Blessed Virgin at His command, and thus were the ones who were able to summon the courage, loyalty and perseverance to stay with Jesus from the pillar to the Cross to the tomb.  This is precisely why we must be praying all fifteen decades of the Rosary with Our Lady daily.

Many of you very kind folks send me emails flattering me profusely. But you are all wrong. I am NOT in a state of superior grace to you. In fact, I am almost certain that I am a complete wreck compared to you. I’m the ’78 Cordoba. You are the Firehawk. Here, I contend, is the difference. As much of a piece of de-tuned MOPAR crap with a bad carburetor as I am, I actually put the tranny in gear and GO. Most Christian folks have the SLP Ram-Air 5.7 liter V-8, but never take it out of park. Hmmm. So if what I did, and what I’m doing, constitutes sputtering, crippling along, dying at every light and having to throw it in neutral and get out and push a 4000 pound, 18 foot long monstrosity through the streets . . . just imagine what y’all Firehawks could do if you would JUST. PUT. IT. IN. GEAR.

Seriously. For the love of God. Fill up your tank and then get the clutch on the flywheel. And if you happen to see a yellow ’78 Cordoba dead on the side of the road, please dispatch a wrecker. It would be much appreciated.

Addendum, October 3, ARSH 2013.
Some might ask how this essay jibes with the vocation of comtemplative monks and nuns whose entire purpose in life is prayer.  It is very simple and extremely important.  The prayers of the contemplatives ask God to raise up saints out in the world and to strengthen the clergy and the laity with the sole objective of proselytizing and the salvation of souls.  There nothing of any greater importance than whether or not souls spend eternity enjoying the Beatific Vision in heaven or eternally damned to hell.  NOTHING.  Everything revolves around that.  Do you know why there aren’t any saints or miracles today, whereas before the 20th century there were obvious living saints and miracles were relatively common?  It is because the monasteries and convents have been almost totally emptied since Vatican II and the introduction of the Novus Ordo Mass.  When monks and nuns stopped wearing the habit and stopped praying the Divine Office, and their convents then quickly devolved into hives of sodomy, Marxism and even witchcraft in the case of some of the nuns; when all of that prayer all but stopped, the graces imbued into the clergy and the laity “out in the world” all but stopped also.  The point is, the contemplatives were specifically praying for God to raise up people of ACTION out in the world, and so the point of the essay still holds.  Monasteries are like prayer petroleum refineries that produce super-high octane racing fuel (grace) that can then be used by other people to power their Cordobas, or Firehawks, or F-150s.  No high octane fuel, no living saints – or at least very few.  No high octane fuel, no miracles.  Refilling monasteries and cloisters is second only in importance to exterminating the valid-yet-illicit Novus Ordo Mass and restoring The Mass of The Ages (whether Tridentine, Dominican, Ambrosian, Byzantine, etc.) to its rightful place.  These two things MUST happen in order for Western Civilization to have any hope of survival.  Vroom-vroom.