“Either you assent to ‘Pope Francis’ schisming The Church, or you will be in schism!”

Start with the fact that Jesus Christ is God and thus incapable of lying or deception or breaking His promises. He is perfect Good, perfect Truth, and infinite Love. Start there.

So, what MUST be the problem here?

The problem is the false base premise that Bergoglio is now or ever has been the Pope. That is a falsehood. Pope Benedict XVI Ratzinger is the one and only living Pope, and has been since April ARSH 2005, whether he likes it or not, because he never validly resigned. He clearly, obviously intended to retain “a part” of the Papacy, and if he intended to retain even the slightest nanoparticle of the Papacy in February ARSH 2013, which again, he clearly, obviously did, then his resignation was 100% invalid per the Substantial Error clause of Canon 188. 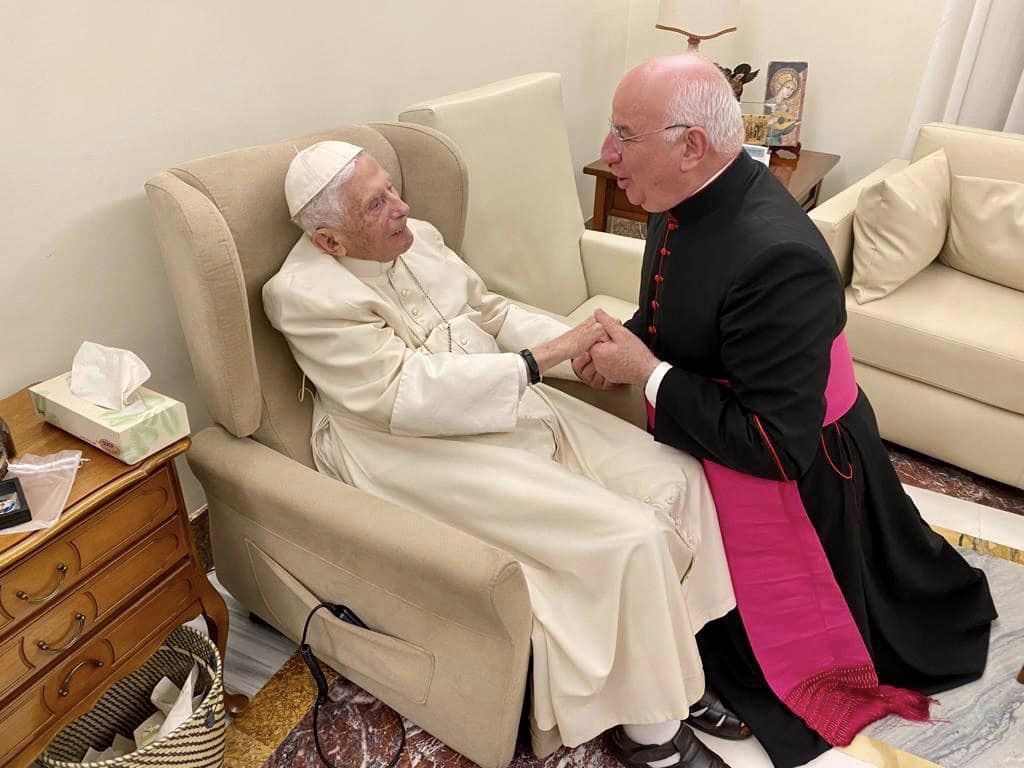 November ARSH 2022. Still living in the Vatican, still called “His Holiness Pope Benedict”, still wearing the Papal white, still confirming the brethren. Still the one and only Vicar of Christ on Earth, whether he likes it or not.

Speak out, folks. Tell as many people as you can. Antipope Bergoglio has no authority. Satan is trying to trick even the remnant elect into believing themselves to be in schism when they are not, OR to voluntarily enter into schism by following an Antipope into his Antichurch, or by abandoning Holy Mother Church in favor of schismatic sects, or even atheism.

And you shall know the truth, and the truth shall make you free.
John 8:32